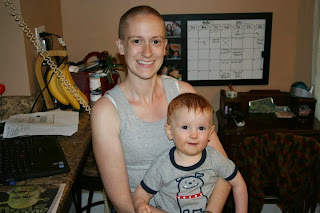 There's been a lot going around the Internet recently about "bravery" related to how women look. A no-make up selfie is "brave." A little girl shaving her head to support her friend with cancer is "brave." Women showing what their bodies actually look like after having babies is "brave."

What a weird way to define bravery.

I used to get this comment a lot when I was bald. (White, Asian, Latino) people who had no idea who I was would walk up to me on the street and tell me I was brave; I would also be told that my head was nicely shaped, that I was beautiful "anyway." And yes, I purposely brought race into the issue. I never heard these types of statements from black folks. I would get compliments like "that hairstyle looks good on you." "I like your haircut." But no mention of a lack of hair as a sign of BRAVERY. Also, no assumption that I had cancer. Bald was a hairstyle choice, not a sign of sickness or mental illness (think of how people freaked when Britney Spears shaved her head--now maybe the girl had mental issues, but I don't think of head shaving as a sign of insanity, which is literally what was implied in the media at the time). To me, the notion of something like baldness as a sign of bravery has a tacit assumption behind it that carries not only sexist connotations but racist ones as well: women are supposed to not only have hair, but a specific kind of hair: hair that flows nicely, hair that can be styled easily. What if dealing with hair is just a pain in the ass and you'd rather not have any? What if your hair is like mine and is at a weird awkward somewhat unruly stage? I know my hair looks "normal" but it is annoying to me and I've thought about shaving it again--but I can't, because I know that wouldn't fly at work. Because I'm done with chemo, and let's face it, I AM NOT SUPPOSED TO LOOK LIKE THAT.

When the story dropped about the little girl who got suspended from school because she went against the dress code and shaved her head to support her friend with cancer, the Interwebs blew up. And rightfully so--these administrators were clearly idiots. It seems obvious that this is a stupid reason to suspend a child from school. But to me, the story was disturbing for another reason. Why was head shaving against the code in the first place? They say it is a sign of gang affiliation. I find that excuse laughable. These grade schoolers in Colorado are clearly joining gangs in droves and choosing the #1 most obvious way of showing off that fact: by cutting their hair!

No, the thing this dress code says is this: It is ok to be bald if you can't help it (the girl with cancer, after all, did not get suspended for her hairstyle), but it is unacceptable to CHOOSE to be bald--especially if you're a little girl. In fact, this is so important that it doesn't matter how well behaved you are, how responsible and engaged you are in school, you will have your little behind kicked to the curb if you look different than we want you to look. Because apparently they don't have bigger problems--like having a kid with cancer at school who might not live that long and might not want to remember her school being filled with insensitive and short-sighted clods.

According to my news feed, it is also unacceptable to be a girl who is a little too successful at dressing like a boy (a sign for expulsion from a Christian school--by the way, I love that kid's grandparents, who were all, how am I supposed to tell her to wear pink or grow her hair long? I'm not doing that). And everyone knows that it's important for women in the workplace to look good and be sexy, but to not look too good or be too sexy.

This shit is exhausting. And for women with breast cancer, I really think it takes up too much of our precious time.

I've said it before--it is completely ridiculous to me how much of the experience of breast cancer is tied to cosmetic issues like having hair and perky tits. This is not something that women with breast cancer necessarily impose on themselves--others do it for us just fine. Now, I think it's good that there are options for women with cancer, but I don't think that for cosmetic reasons. Lumpectomy and radiation are good options for many women; the surgery is less invasive, the radiation cuts down on risk of recurrence for stage 1 women like me (didn't work for me, but it does for most women), your pectoral muscle is unaffected, you have less scar tissue, etc. Notice I did not say it's a better option because you look more NORMAL. I know I don't speak for all women with breast cancer when I say this, but I found the "options" presented to me during mastectomy to just be overwhelming and somewhat irrelevant. I did the one step recon because they offered it to me and I figured I was under the knife anyway, if I didn't like it I could have it removed, and it would be easier to wear a bathing suit if I wasn't lopsided. But look--this was not my first time around the block. I just wanted to be done with that shit. The myriad of things I could have done for reconstruction were the least of my concerns. I wasn't worried about things like SYMMETRY, about getting a fake breast that was BIGGER. I had no interest in a fake nipple that would have no sensation and I made that clear. I understand these things matter to other women. I just didn't appreciate everyone's assumption that they mattered to me.

I got the impression that in some way, the assumption was that it would be easier for me to exist in the world if I looked "normal," if I looked like a woman who hadn't had an aggressive form of cancer on two separate occasions.

No one ever thought to ask me if I was OK WITH LOOKING LIKE THAT WOMAN.

The female assistant who was pushing nipple recon on me kept saying how doing it made women FEEL BETTER ABOUT THEMSELVES. They would look in the mirror and not feel sad.

Who said I look in the mirror and feel sad? Who said that I feel bad about myself? I get that it's helpful for some women. But the existence of two nipples, real or fake, does not change how I feel about myself or my sexuality one iota.

Women's sexuality is so wrapped up in the cosmetic, society would have us believe. It's why we turn off the lights for sex, it's why we enjoy sex more if we have lost weight or gotten a blowout at the salon or whatever, right? Huh. It seems to me that none of that has jack shit to do with anything. When I was going through chemo induced menopause (chemopause) and I had incessant hot flashes every 5 minutes 24 hours a day and for the first time in my life I understood what it was like to not have a libido and to not really love sex, I LOOKED GOOD. I had this cute pixie cut, I was healthy and strong and I weighed 114 pounds and I got compliments all the time--and none of that made a damn bit of difference in the bedroom, with my lack of desire and the vaginal dryness. When I went to the clinic focused on women with cancer and sexuality, the wonderful doctor there spent the first several minutes interviewing me about my relationship with my husband, how I felt about the way my body looked, etc. and I just cut her off. I said, I appreciate that you are trying to get to the bottom of what is going on with women. But the thing that has happened to my body is not about SELF ESTEEM. The poison did this to me, and I feel like someone else.

No matter how I looked. 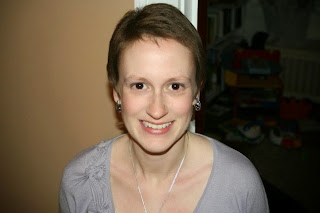 Another story that was circulating a few years ago involved a woman who had had a double mastectomy with no reconstruction who had chronic pain from scar tissue and radiation. She couldn't wear constricting clothes on her chest due to this problem. So she went swimming in bikini bottoms and no top--and got kicked out of the pool for indecency. Then, the geniuses in charge of this move had to justify it somehow. They couldn't say, after all, that she was exposing her breasts. She didn't have breasts. Men without breasts were topless at the pool, but women without breasts could not be--for the following reason:

SHE WAS SCARING THE OTHER PATRONS.

The assumption was that she owed the world a different, more amenable image. It is apparently more acceptable to folks for women to have cancer than to LOOK LIKE they have cancer.

When I had cancer the second time, I received a lot of information about breast prostheses, saline versus silicone implants, buying bras to make my chest look "even" and the like. Do you know what I did NOT receive, until I asked for it?

A script for physical therapy.

Now, when you have a mastectomy (or a lumpectomy, but the problems are much less severe), you are essentially unable to move your arm for a length of time. Your shoulder muscle quickly atrophies. In my case, you might be left with zero lymph nodes on that side, leading to high risk of lymphedema. Moreover, YOUR PECTORAL MUSCLE HAS BEEN REMOVED FROM YOUR BODY AND REPOSITIONED ON TOP OF A BAG OF WATER WHERE IT NO LONGER HOLDS ANY REAL FUNCTION. That, my friends, was what concerned me. I wanted to be able to DO normal things, not LOOK LIKE a normal person. Every single woman who goes through breast cancer should receive physical therapy. Maybe then we could reduce the problem where as many as 50% of breast cancer survivors deal with chronic pain--often for the rest of their lives.

That seems more relevant in the scheme of things than SYMMETRY.

I am not here to condemn the choices of women with breast cancer. I feel like if you have something like this disease, you should be able to do whatever the hell you want with your body, and just go on with your bad self. I just wish that there wasn't so much imposed on women like me by others, by society as a whole, that tries to convince us that the way we feel about ourselves and our lives is inherently tied to how we look. It is for me to decide if I want to drink that koolaid, not for others to decide whether to shove it down my throat.

I want women to be considered brave for being brave, not for looking "other." I want people to give cancer patients credit for staring death in the face and shrugging their shoulders, not for coping with disfigurement with grace. As women help their children plan their futures, knowing full well they might not be there to witness them, I want people to notice the resigned and wistful look in their eyes, not the hair on their heads or the swell of flesh lying on top of their broken hearts. 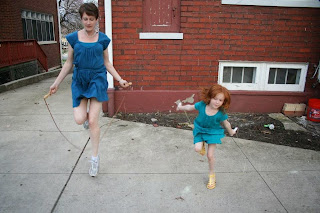