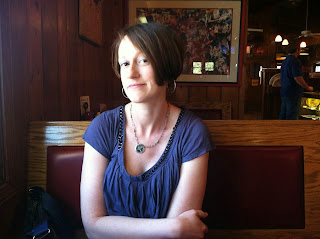 I have always been a planner. I mean shit, my masters degree is in urban planning. I am no procrastinator. Even in college, I never once pulled an all nighter--because I didn't need to pull one. I wrote my papers and did the rest of my studying with time to spare. I was always the one to make plans with my friends, to do the taxes on January 5th, to pay off the credit card in full a week early. I was forward-thinking and knew how to alter my lifestyle to get what I wanted; that's how I put myself through graduate school debt-free starting a few months after I bought my first home, by myself, while earning a whopping $27k per year at a nonprofit. This togetherness was a big part of who I was, in part because I was able to do all this without being particularly fussy about things and holding on to the essentially laid-back aspect of my nature.

And then--I had cancer again.

I could blame what I'm about to say on chemo-brain, but that would be a lie, and I'm a terrible liar. Besides, chemo-brain is like the joke of the cancer world, not taken seriously by most, regardless of how devastating it is for those who have it, so I would never lay false claim to something like that. I've never understood why anyone doubted the reality of chemo brain, which can wreck havoc on folks' short and long term memory, destroy their concentration, cause cognitive delays and in general just mess with your head--literally. Why wouldn't it do these things? Some chemo therapies are derivatives of things like mustard gas. Anyway, considering the fact that I have a very cerebral job and have been a professional researcher for more than 15 years, I've always been damn glad I didn't have chemo brain. I mean, I may have been skinny and bald, but I was a skinny, bald BUSINESS ECONOMIST for Crissakes. I still seemed as capable of thinking, remembering, and analyzing as ever.

But something has shifted. I am no longer a planner. In some ways, I'm not really a THINKER anymore.

I stopped paying the bills a long time ago. Gabe does that now. In fact, though he is almost the opposite of a planner, Gabe has kind of taken over the long-term horizon stuff over here. And since he's not good at it, these plans often don't come to fruition. This is why we haven't bought a new car, which we have needed to do since November. Normally, I would have taken care of that, and I just haven't wanted to deal with the hassle and the finances and everything. I can basically plan things or think about things that are happening right now, or as far away as a few days from now. I can mentally plan all kinds of things if they are PHYSICAL things. I can plan to go to the gym, have sex, make dinner, go for a walk, play a game with the kids. I can plan long-term horizon things if they are FUN--like second weddings, or Christmas parties.

But the rest of it? The things that used to occupy my brain with worry? Things like the future, college educations for my kids, my long term career horizon, and the like?

Sometimes I am absolutely astounded that I have held onto a job for all these years, what with the pregnancies, nursing, maternity leaves, cancer, treatment, and everything else. In the last 8 years I have had two kids and two bouts of cancer and somehow not only worked full time but got promoted a few times--once while pregnant, the other time while bald and sick as a dog--and I guess that says something, but one of the reasons I wanted to get out of direct research and do more of the outreach and industry-focused work I am doing now is this:

I also don't do worry-thinking anymore. Have to tell brand new boss that I can't start the new job based out of state when I said I would because I have to have a mastectomy and oh by the way 6 months of chemo? No problem. At one point I would have worried that I would have been fired or had the offer rescinded, I would have worried about what my new coworkers and bosses thought of me, but now? I just figured, what? It is what it is. I have to deal with it, so I guess others will have to deal with it too.

Our social life has suffered because of this too. I used to be so good at reaching out, and now I'm just...not. I think people were used to me being the one to plan things, and while I still do it to some extent, it's much less common, but the pattern and the roles haven't changed, so there are just fewer plans for us. Sometimes when you have a thing like cancer, people really do want to help and see you and be present for you, but they don't know how to act or what to say and they don't want to BOTHER you, so they wait for your cue. And then...you don't give it. And it's not because you don't care about people anymore, but because your life is such a perfect shit storm of scheduling and surgery and treatment and side effects all while working and raising children that picking up the phone to tell someone you might want or need something is just one more thing to do. And you have so much to do already that it's laughable.

And of course, some people have walked away from me because of cancer. That was even more true with the second cancer. Some people just seemed...tired of it. And cancer has changed my ability to relate to normal things sometimes too. I can't get into conversations with other women about work life balance, for example. What would I say? Yeah, I'm dealing with all of that while going through chemo and simultaneously going through menopause and raising an infant (two things that were never intended to go hand in hand). No one wants to hear that, no matter if it's the truth. I can't talk to friends about the future because I don't think about the future, not really. People are already lining up childcare for the next school year, and I am just shrugging and telling myself it will work itself out.

One of the hardest things to explain to people (and one of the most painful, so most of us just don't say a word) is how challenging it is to do all of your normal things as if death is not lurking in the background. The worry that surrounds the possibility of a premature death--one that hasn't happened yet and is indeed not in the process of happening THAT YOU KNOW OF, but is still there all the time, all the same--kind of just trumps everything else. And I know that sounds deep and maudlin and even vaguely annoying, but on this page, I don't lie.

Back when I was a planner, it never bothered me that my plans might not come to fruition. I just figured I would make the plan anyway, to have something to shoot for, something to look forward to, and if shit happened, I would adapt. Now I just don't see the point. I remember an inside joke I had with a guy I was friends with in high school; he told me about the time when his dad was driving him to school in his pickup truck and was stopped at a red light. The guy hadn't spoken a word to his son nor looked in his direction. Then he took the pen from behind his ear, tossed it out of the truck, threw up his hands and said "Aw hell. What's the use of trying?" We used to just randomly throw pens and say that, laughing at the futility of it all, but not really, because we were 17 and nothing is futile when you are 17.

I still have some reverse nostalgia, but in another sense, I have stopped my own mind from going there. I still feel a tangible pain when I see other women ten years or so older than me posting pictures of their teenage children, especially their handsome, tall teenage sons who look nothing like the son I have now who is just a little squeaky voiced mop top of crazy town. For a minute, my mind goes there, and then I just shut it down. When I'm on a wonderful weekend long "honeymoon" with my husband to finally celebrate the end of cancer treatment and I ask him how this feels to have been married almost 10 years and is the celebration sufficient, and he gets quiet and says yes and we'll do it again for 25 years and I know he is crying, I just punch him in the arm and tell him to cut it out and I don't think about it.

I don't know why I am writing this post, not really. Is this a confession of sorts? I suppose it is. It is a way of saying that it is impossible for such things as I have gone through to not affect a person, so, if I seem different, I suppose I am. And yet, I am myself, perhaps more myself than ever. I am just less concerned about how my own eccentricities might seem to the outside world. I have become more physical, less cerebral. I focus more on the body and less on the mind. I am more art, less business. I am more focused on being solitary at the same time that I feel very connected to people. I want to feel things now, not think about them. If I am to think, I want to think about things that MATTER, things like memory and time and identity.

At one time, I was a planner.

Then, the plan changed.

As all mice and men know they are wont to do. 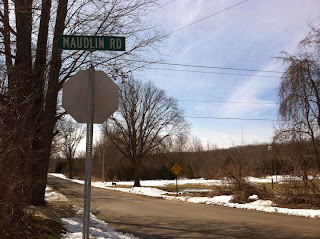