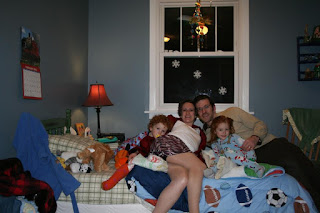 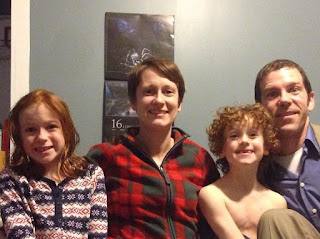 I can imagine Caeser sitting in Rome before it was ancient,
kissing a woman before Cleopatra,
talking to Brutus before he knew they were at fault,
going, and looking, before he conquered and rephrased it,
believing what he wished before he knew what it was,
planning his speech before crossing the Rhine,
contemplating the die before it was cast,
carrying out the evil that men do,
suffering seizures before epilepsy existed,
living with grief before one child killed the other,
laughing with friends and countrymen before Shakespeare was born,
inventing time before anyone told him otherwise,
giving himself an extra day a little ways before the Ides of March
just in case he might be here in four years to remember it
and also just in case he would not,
before his necessary end came when it came.
Posted by Katy Jacob at 9:25 PM No comments:

On a whim, back in 2001 (or was it late 2000?), I answered a personal ad in the Chicago-based newspaper The Reader. This was before social media (unless you count Friendster or MySpace, and I'm pretty sure no one does), and, in many ways, it was before anyone of my generation knew that it was possible to have a virtual life or a virtual relationship. We did not yet know that it was possible to lie, or reinvent ourselves, because the goal of meeting through an avenue such as the newspaper was to meet people you might otherwise not meet--in real life. Any misrepresentation or subterfuge would soon be found out, because after maybe one virtual exchange, you would either meet in person, or you would not.

I had dated the same person from 17-24 and had been single a little over a year; well, not single really, at least not the whole time. I was working full time and in grad school full time. I didn't really go to bars, and if I did, I didn't want to talk to the men who wanted to talk to me. I would have never just gone home with anyone anyway--I didn't trust people, never have really, and I never wanted to be a part of anyone's over-inflated ego or story to tell his friends. I didn't want to date anyone I knew through work or school. I read the Reader on the el ride to work every week, and loved the "missed connections" best of all. I think I was drawn to the classifieds because of my love for Chicago. There were so many people out there I would never meet, never run into, never know, living in every corner of my flawed and complicated city. I loved the romance of the people searching for romance more than I cared about finding any myself. I wanted to answer an ad in a newspaper because I didn't know anyone who had ever done it. It seemed...interesting at the time.

I answered ads written by a SAM and a SLM, both in their mid-20s, and waited to see what would happen. My friends thought I had gone crazy. This was so out of character! These guys were bound to be stalkers, or rapists, or married! Where will you meet them? What will you do?

Remember when people hadn't yet met on the Internet?

I soon learned how the process worked. You could write 50 words about yourself for free. Any more than that and you had to pay a set fee per line. You did not have to pay to peruse other people's ads. However, you did have to pay to answer one. Reader-based email addresses and voicemail boxes (can you imagine!) were set up for the person placing the ad. To respond, either by email or phone, you paid a flat fee. I believe you paid the fee for x number of responses--it was not a monthly fee. I paid my money and sent an email to these two men I had never met, had never seen a picture of, had never held a conversation with, and I waited.

I didn't have to wait long.

In 2000 or 2001, there were too many men, not enough women, attempting to meet in this "blind date" fashion. A woman purporting to be in her 20s was likely to get a quick response. We set up dates. I met SAM first, and we actually went on several dates. SLM and I only met once. The details aren't relevant. What was fascinating to me is that these guys were exactly what they claimed to be: they were young, attractive, employed in interesting jobs, smart, and easy to talk to. They hailed from Back of the Yards and Chinatown but were both living on the north side. I never would have met either of them in the everyday travails of my life. Neither of them balked at meeting me for lunch or a drink after work, at me getting myself there and taking the el home alone, at the fact that I told them I had told a friend where I was meeting them and when. Nothing came of it, with either of them, but it was fun to meet people this way; and oddly, it seemed safer than most alternatives.

I decided to place my own ad.

They told me I had 50 words for free. Well. I'm a writer. I gave them exactly 50. Five Zero. I didn't say a single word about what I looked like. I remember that I gave an age preference (24-34; I was 25) but no race preference, though I did describe myself as SWF, as I did not want to date someone who would not want to date me if I was white, as there are some things that can't change, and that's one of them. I did not give a height or weight preference. I cannot believe that I did not save the ad that I wrote about myself. It was, as anyone who read it at the time told me, perfect. It was not just well done--it was actually ME. I was proud of it, and didn't really care if anyone responded to it or not--I was just happy I had written it.

I received 45 responses in the first 24 hours.

I was completely overwhelmed and did not have time for that; hell, I didn't even have time to read the responses or listen to the awkward voice messages. I enlisted a friend to help me separate the wheat from the chaff. I began to make decisions about who to meet based on the arbitrary nature of how they decided to write about themselves in an email addressed to a total stranger. I made judgments on things such as "pretentious tone" or the existence of typos. I summarily dismissed anyone who described himself as hot or muscular. Somehow it was obvious in just a few words if guys were douchebags or only wanted sex. I'm telling you, folks didn't know how to lie.

I met a few people whom I dated for fairly significant periods of time--months at least--through this medium of newspaper ads.

Most people reading this know that I met my husband online. Today is valentine's day, and it seems possible that I am writing this to talk about the nature of love, to say something about fate. But that is not where I was going when I began writing this meandering post.

How would you describe yourself if you only had 50 words? Today, there are twitter profiles, any number of different workshops or examples out there to help you describe yourself in a witty way on social media. People are savvy today, they know how to do this. They know what sounds good. Everyone knows how to describe themselves in 50 words. But they have thousands of pictures to augment the passage, snippets of wit to accompany them in 140 characters or in status updates, ways to make it SEEM like they are being concise, when in fact they are laying everything on the table and keeping nothing to the imagination.

But fifteen years ago, we didn't know how to do that. We had to think about words differently. Outside of biographies for work, there was little to no reason to describe yourself in short passages. I think about how I have described myself in the intro to this blog: "There is much to say here, but also little. I'm a proud Chicagoan, a professional nerd, a mom of two and a wife to one. Given "spare time," I like to be by myself. Doesn't everyone? I spend a decent amount of time hoping to make it to 40." That's 49 words. It's fairly accurate. But that doesn't work for me, not anymore. How can you REALLY describe yourself in 50 words or less, in a way that matters? I've come close a few times in this blog. I don't know that I've ever come closer than this though, this passage that I wrote when KatyDidCancer turned 1,000 days old, and I was musing about what writing this blog has meant to me. As I find myself increasingly unable to write, to think of anything that seems interesting enough to say, I go back to this, and the truth in it:

No one can take this away from me.

I've come close to describing love, too. I seem to have been searching for ways to do that. It's this word limit that intrigues me. I am wordy, my thoughts are circuitous. If I were to try to sell some version of myself today in 50 words or less, what would I say? If I were to describe the nature of love in 50 words, what would it sound like?

Maybe things aren't so different now than ten, fifteen years ago. Maybe we have always known how to cut to the chase when it mattered. Thirteen years ago, a guy wrote me an email:

And I guess I responded, didn't I?

"Let me spend the rest of my life telling you."