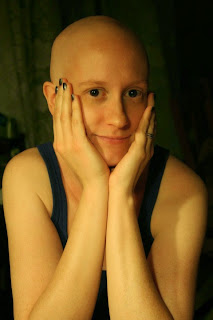 I was trying to think of what I wanted to say for this World Cancer Day when I came across an article called "Believing that Life is Fair Might Make You A Terrible Person."

If you're wondering what I've been trying to say for almost five years now--read that article.

That's it. That is what I want to focus on for this World Cancer Day. The point of such a day is to attempt to bridge some of the gaps in how cancer is experienced around the world. Much of the focus is on acknowledging the disparate impacts of having cancer based on where you are lucky/unlucky enough to be born or to live. If you live in a resource-rich country or society, you are more likely to survive cancer. World Cancer Day is a time to be open to discussions about all types of cancer, all outcomes of cancer, all potential risk factors, educational opportunities, and treatment possibilities. It's a tall order, and I'm not sure a day really cuts it. But its existence enables some important discussions.

My discussion will be a small one, probably an irrelevant one. It will start with the premise that cancer is a worldwide problem, an ancient problem. Cellular dysfunction is not new. Cancer does not exist because we drive cars or eat bread. Environmental impacts are important to understand, but as recent studies have shown, "bad luck" explains the majority of cancer, to the extent that it can be explained at all. Cancer has happened to me and it could happen to you. It will, in fact, without a doubt, happen to someone or multiple someones you love. Some of those people will die and some will not and the difference will be completely arbitrary. There are ways to reduce your risk of cancer, but there is no such thing as cancer prevention. We all know how to be healthy: exercise, sleep, maintain a healthy weight, eat good wholesome food, avoid smoking and drinking and most other bad things in excess. The idea of a healthy lifestyle should be no different for someone who suffers from cancer than it should be for anyone else. And yet, there are those who are very healthy who will get cancer. There are those who live unhealthy lives until they are 100. As a society, we have chosen--and yes, it is a choice--to collectively focus on cancer as some kind of character flaw, battle to fight, or opportunity to prove our moxie.

On this World Cancer Day, let's choose to just stop.

Cancer is like most forms of suffering. There are ways to lessen the possibility of it happening to you, but no way to ensure that it won't. Believing that kale or a coffee enema or a conspiracy theory will save you is selfish. Expecting people with cancer to have a certain attitude or deal with it in a certain way is selfish. Choosing to believe that those who are working slowly and tirelessly to attempt to solve the riddle of cancer actually want us all to die to pad their pockets is selfish.

There, I said it.

There's a reason this type of thought is selfish. It negates the strides that have been made at the same time that it ignores the possibility of doing anything to bridge the existing gaps in cancer care. Denouncing big pharma and cancer research ignores the lives of people who have survived breast cancer, Hodgkin's lymphoma, and leukemia due to herceptin, chemotherapy, and Gleevec. Cancer research is slow and involves a lot of failures; for every promising lead, there are probably ten setbacks. Everyone wants the "cure" and the "miracle" but the reality of life is that strides might need to be measured in who is still alive now who wouldn't have been 50 years ago, or today in a low-income country where there is limited or no access to detection and treatment. We might never be able to rid our world of cancer, but acknowledging that fact doesn't mean we shouldn't try.

Believing that you can prevent cancer through "good" behaviors negates the randomness of disease and therefore makes it next to impossible to focus on what to do next. Epilepsy is an ancient problem, for example. For a long time, people with epilepsy were considered to be evil, symbols of the Devil, witches. They were exiled and burned at the stake. And yet, of course, they went to their colonies and their fiery deaths with just as much epilepsy as they had prior to the punishment. At some point, we progressed beyond that barbarism and realized that epilepsy is a neurological mistake. We still do not understand it. We still cannot control it in fully one third of patients (here, in the United States, where treatment exists) for whom no medication, diet, or brain surgery is effective. All those who suffer from epilepsy live with the reality that it might follow them, or lead them to, their graves. But we have made incredible strides in dealing with epilepsy, and I am a living testament to that fact. As a society, we no longer seem to be interested in blaming those with epilepsy or deriding them as failures or demons.

So we absolutely must stop treating cancer patients as such.

When my cancer recurred, at first, people reacted with so much support. But then, the reality seemed to dawn on many. She seemed so healthy, she should have beat that, I guess this is really no big deal for her, I don't know what to say, maybe if I ignore her the specter of her recurrent disease will fade away.

It is especially hard to accept that cancer could happen to you, or your husband, your sister, or your child. And yet, the fact that it is hard doesn't mean it isn't true. We need to stop allowing the fear of cancer happening to us to lead us to a place were cancer patients themselves are feared, judged, derided, or, worse--made invisible.

In a comment about the article I linked to here, I said this: "Being unable to function because you might potentially suffer negates the reality that people are forced to function through suffering, sometimes unimaginable suffering, every day of their lives. There is no long arm of justice that will save them, or you. Thus it is imperative for us to strive to be that arm, or at least to refuse to be the hand over the mouth of the suffering."

Remember that on this World Cancer Day. We are all flawed, and it is only through flawed people pooling resources that we have ever, or will ever, solve any of the problems of the scourge of cancer. I am not a genius who knows how to cure cancer, and neither are you. But you can do something else: acknowledge it as the unfair scourge that it is, and refuse to turn away from or isolate those who suffer from it.

Believe cancer. Believe people with cancer. Know that you can't fix cancer. Know that no one expects you to do so. Look cancer in the eye, as so many of us who have no choice do every single day. Do not engage cancer in battle or debate. Sit down at the dinner table with cancer, and don't be surprised if cancer asks for seconds, or thirds. Then, look beyond cancer at the person whose body it is inhabiting, and ask that person to stay a while.