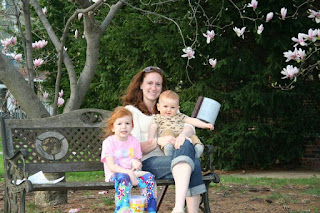 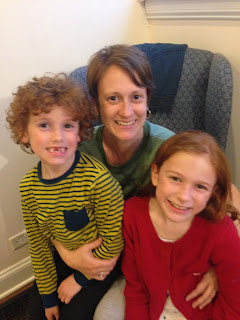 Today, my cancer life is six. I'm not sure what that means. What kind of day is this, six years after the day I heard the news that might cut my life short, but also might not, but either way would mean that marking time was important in a way it never was before that day? I don't know. I am not a cancer success story. I found out I had cancer six years ago today. On that day, everything changed. It's true when they say that, but everything is always changing, I suppose. In the case of cancer, what changes is that you never get to be a person who hasn't had cancer. Not three years later, not five, not ever. It's not just things like being ineligible for life insurance for the rest of your life, not being able to donate blood or organs, or having a "pre-existing condition" for the remainder of your days. It's the fact that there's no such thing as "just" a headache anymore. It's the premature age that cancer brings, both outward and inward. It's the slap in the face that some of us have lived with for decades, that death is real and it is coming, but before it does, you have to suffer first.

So I found out I had cancer six years ago. But then I found out I had it again, three years later, and I entered into a hazy world of ambiguous cancer survivorship wherein I would never be a winner, never a warrior, never on the good end of statistics, and for the relief of that burden, I was glad, since we have to find a way to be glad about something on our worst days. I am also still here. I am able to be here without having heard words telling me that I have a terminal illness. I still have a face, and a voice, in the cancer lexicon. Many women do not, because they are dying and will die, and no one wants to hear it, no one wants to hear them.

And so, I have lived with cancer and have been lucky not to die from it. Today, my cancer is six. My son is also six. He will be seven in less than a month. He's had a mother like me, hand waving on the other side, for all of the life he is able to remember. He had to stop nursing because of cancer. 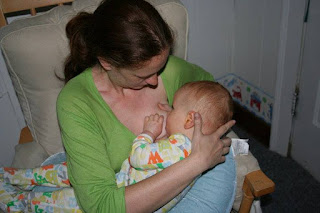 He learned to walk without me remembering it. He thrived inside and outside of my body, from my body, when my body was trying to leave me. I am not religious. I do not believe in reincarnation. And yet, it is hard not to think that he has been here before, or at least that he has always known exactly what was coming, and decided to live his life accordingly. Even today, he surprised me. My daughter mentioned a speech another student had recited at school, about winning, and about how life is a competition. I said, huh, is that really true? And Augie said:

No, life isn't a competition. Life is whatever you want it to be. It might be a challenge, especially if you do things to make it harder on yourself, but you don't have to win.

Did I mention that he is six?

My daughter is ten. I've lived to see her grow into double digits. I've lived to see her turn from a preschooler to a child to a girl who looks like the woman she will be someday when I will maybe be around, but maybe not. The things she is interested in doing now she didn't even know were possibilities six years ago. Somehow, I have this child who knows how to teach herself how to do everything. But I guess that's always been the case. She's the one who potty trained herself at two and a half, and we never had to help her, even in the middle of the night. She taught herself to swing on a swing when she was two, she read her first words when she was younger than that, and now she's teaching herself how to knit and God knows what else.

It would be too easy to say that I am glad to have witnessed this growing. Of course, that is true. But it is more accurate to say that I am glad that it has happened, whether or not I witnessed it, because of or in spite of me or without me having anything to do with it at all. The thing about having children is that they are just small versions of adults, and the pleasure in parenting is in living with them and recognizing the people they have always been, all along, even as babies. It is also a pleasure to know they will be those people still, even when we are dead.

And someday we will be dead, and that is what cancer is about--it is the elephant in the room, the death aspect of cancer, the way it shows us the fallibility of our bodies. Cancer reminds us that the corporeal is a snap of the fingers, a sharp breeze against the face, an explosion of brevity.

I am exactly the same person as I was six years ago, except that I have had cancer twice, and that has changed my life. If that sentence doesn't make sense to you, it is because you have been spared certain types of suffering. I think almost everyone knows what I mean. The thing about fear, about realizing that the absurdity of life applies to us, is that we remain us, and we never get to turn into anyone else.

I'm glad for that. I have less hair and one fewer breast and I don't remember things the way I used to, but I am still me. My life is the same in many ways. I have a similar job, and I have worked full time through everything, I have been the one to travel and balance and do what needs to be done. I am still married to the same man, who doesn't seem to miss the hair or the breast, but he misses something else. He rarely says such things, because he is sure to tell me how impressed he is with how I have remained myself, but he has said that my eyes have a different look in them now. He knows I am angry, though I have always been angry. He knows I can't cry, though the other night I tried. I cried for a full five minutes and I hate the feeling of crying, the weakness, the futility. He held me and told me that it was good for me to cry, that in 13 years together, he has never seen me cry like that. He told me to keep going, but I was done. He cries enough for both of us--that's how I see it. 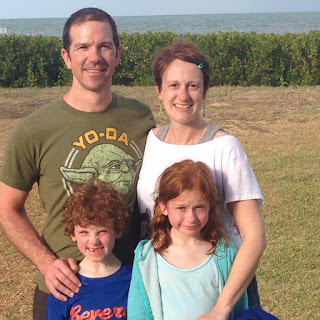 I have lived six years after receiving a devastating diagnosis of an aggressive cancer that didn't want to leave me alone. Some people in my situation don't live half as long, and others live to be old. I don't know how long I've got, but I know how long I've had. It isn't six years--it's forty. I've faced death five times, six depending on your definitions, but that's just one measure of things. I'm not sure it's an important one. Living isn't a given, and it isn't always easy.

But it sure as hell is preferable to the alternative.

Six years later, I can look back and tell that long-haired woman what she couldn't possibly know then: Six years from now, you will still be here, so don't wait. Don't wait for it--every single day is the beginning or the end of some span of years that mark your life. Just live it. Six years from now, your son, who cannot talk or walk right now, will look at you and say:

Life is whatever you want it to be. You don't have to win.

And maybe, just maybe, you will have taught him that. 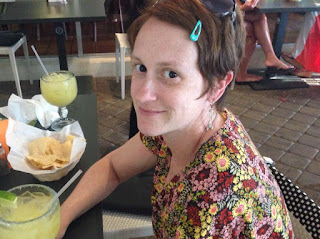