Today I am 41. Since a few months before I turned 35, my entire range of future vision was focused on turning 40. I wasn't at all sure that I would make it--especially when my cancer came back when I was 37. But, make it I did, and I spent a busy year changing all sorts of things about my life, all while feeling very happy and comfortable with 40.

It isn't an issue with being middle-aged while still feeling like a teenager. The only reason people say that they feel like teenagers for the rest of their lives is that it is at that point in life that you realize that you really are yourself--flaws and eccentricities and all. It isn't that older people are obsessed with feeling young. It's that youth still begets personality, and that sticks, and once you have some measure of maturity, you realize that you are left with no one but yourself. There isn't anyone else there, nor will there ever be. So it's not that 41 is strange because I should be young still. Too much has happened in this life for me to feel that way. It's just that 41 is older than 40, and I never imagined beyond 40. I never even imagined it before cancer; I always wanted to be an old lady, just so I could fully capitalize on my natural inner curmudgeon, but I could never really picture it. I've said that here before: What would an old Katy Jacob be like? Or even a middle aged one? I suppose with all of the things that happened, I just assumed I wasn't meant to live a long life. I didn't assume that in some maudlin fashion, I wasn't feeling sorry for myself--it just seemed an oddity, the idea of it.

And somehow 41 seems closer to that reality than 40. Now, I can't use 40 as my goal. I have to change the game. If the focus shifts to 50, well...that changes everything. The kids would be mostly grown. I'd have lived a half century. Since I was born in 1975, I'd have lived equal parts in the 20th and 21st centuries. It would be kind of...awesome.

In the meantime, I am sitting here in the office of my new house, a day after dropping my kids off at sleepaway camp for the first time in their lives. Following an idyllic week in the north woods of Wisconsin, we meandered through towns with names that made us stop and grin and found our way to a campsite where our kids would spend a week, free of charge, bonding with other kids whose parents have/had cancer as part of Camp Kesem. 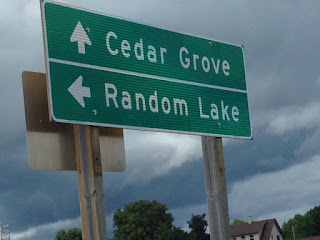 Our kids have never spent more than two nights away from us. I have spent longer than that separated from them, due to work travel. But at those times, they were home with Gabe. They were both very nervous about it, Lenny especially. I admit that we are asking a lot of them right now. Let's move, and then a few weeks later, you will go to camp for the first time, and the day after you get back, you will start a new school where you only know one other family.

Trial by fire, as they say.

This is a traditional camp experience, with no communication between kids and parents during the week. We wrote letters to them that will be passed out every day, but our children are very used to having us sing to them, talk to them, read with them. Lenny could not imagine how she would do it, to be away from us and all of her things and comforts. Augie was mostly concerned about not knowing anyone. Gabe was worried about them and about himself.

When we dropped them off, we saw their bunks, toured the grounds a bit, waited while they got checked for lice. Then, some of the college kids who work as counselors (who are these kids? I wonder...kids with a parent with cancer? kids who just really like camp? I'm curious) figured out that our kids were in their groups and took them away, with barely enough time for us to say goodbye. I should say that in this camp, everyone has to choose a camp name. Augie chose Hobbes because of his obsession with Calvin and Hobbes, and Lenny could not decide on a name. We suggested Mercury, because our kids love myths and she's a really fast runner. She shrugged and accepted it.

So we quickly hugged Mercury and Hobbes and started the three hour drive home, meandering through small towns just as we did when we were dating and had no where particular to be. Gabe cried and cried and I laughed at him and that is what we do. I realized then, and today, that I had not spent a birthday without children since I turned 29 (when Gabe and I closed on a house instead). I spent my 30th birthday pregnant with Lenny, I've been in the middle of chemo during two different birthdays in my 30s, all kinds of things have happened...but it was a lifetime ago when I was just myself, not a self who had given life to other selves. 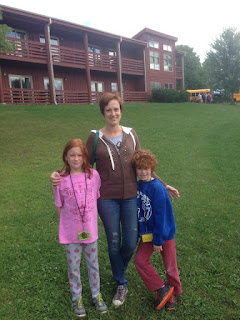 I felt so happy, and excited for them. I couldn't stop smiling. I don't miss them, because I know they are there, having a wonderful childhood experience without the encumbrance of their parents. What an adventure they will have. What a blessing for them, and for me, and for all of us, that they can walk away from us and be fine, that they are more independent, that they are learning to leave. I love it. I know how that sounds, but it's the truth. Children are just small people whom you have the privilege to live with for a span of time. All that I have wanted, at 34, or 37, or now at 41, is for those people to do and experience things that will allow them to make memories and have longwinded stories of their own to tell. They may have had the opportunity to experience camp because I had cancer, but whatever they take from it won't rely on me being here one way or another. This is theirs to keep.

This is 41. I like how it looks, sitting on the other side of the line I was never sure I'd cross. 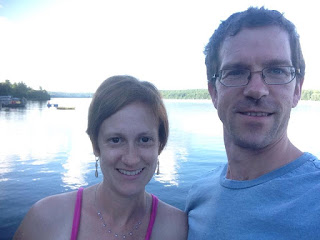