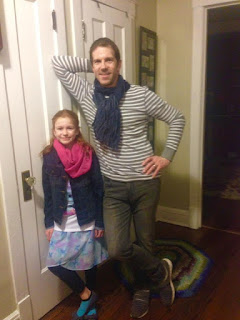 This year, I made a resolution. That resolution was to write more. I broke it.

I’ve been watching and wondering how to raise my children in the world as it is now and as it is going to be. I don’t know how to do it. On the plus side, I guess that has always been true. When I sat down all those hazy years ago to write a letter to my daughter for her fifth birthday, it was an admission that I was raising her in a way that was unlike anything I had expected. For almost seven years, I have been writing in this space, albeit sporadically, of late. I have always said that this blog is a long love letter to my children, so that they might know something about me if I were to die before they had a chance to really figure me out as a person.

Something interesting has happened: Time has passed.

My daughter is eleven years old today. When all of this started, she was four. When she started, she was, well…just starting. She is old enough now for her memories to be solidified. She is old enough to look like a small, skinny version of the self she will look like forever. She’s old enough for me to look back on the way she was when she was two and realize she is exactly the same, as we all are, even while she will never be the same, as none of us will. And I am old enough, and alive enough, to have written six of these birthday letters to her, starting when I wasn’t sure I would make it to write another one, and excepting last year, when I failed to write at all. I feel like I have run out of things to say, not because she has failed to provide enough material, but because I’ve been too busy living and getting through life with her and the rest of my family to stop and think much about it. But I will try.

Today you are eleven. When you are my age, you may or may not remember yourself at this age. You might forget how you still liked to play with your little brother best of all, how you still played along with Santa Claus and the Tooth Fairy and the Easter Bunny and wanted more stuffed animals. You might forget, in a few short years, how much you hated the idea of growing up, puberty, and everything that was coming your way. You might forget that I told you growing up is just what everyone does, and you probably never knew that I agreed with your sentiments and secretly wished I could change everything for you. You might forget, or be unimpressed by, how easily your shy self moved to a new town and did everything new that you wanted to do, without worrying or caring what other people were doing. I remember so little of when I was eleven. I wanted to be like a boy then—they seemed to have things so much better. But not you. You just want to be like yourself. I’ve always admired that about you. 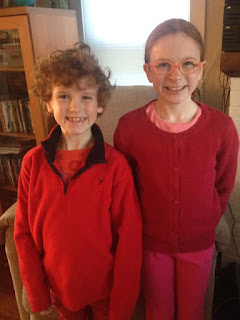 You and I talk around things, not because we don’t trust each other, but because we are too much alike. Other people’s emotions are painful and embarrassing. Being held can seem a burden. I know. Believe me, I know. And so, we emote in a roundabout way:

You casually tell me that you are supposed to write an expository paper on the topic of resilience. You don’t say anything else. I ask you why you are telling me this. You say, well, I thought I could interview you. Is there a time in your life when you felt like you had to be resilient? I couldn’t help but be sarcastic: “Hmm, I wonder…what could I pick? I suppose I should pick cancer, though that isn’t the only thing I could think of.” And you refused to look at me while you asked me the questions and I gave you relatively short answers. You never showed me what you wrote. I learned from your teacher that she was so impressed with your piece that she asked permission to share it with the class.

A year and a half ago, I started writing a novel. I got twenty five pages in and then I stopped, and I haven’t gone back to it. The setting is all wrong. You asked me what it was about and I didn’t know how to tell you. I wanted to write a book that wasn’t for children in the way that books are written for children today as if they are a different species rather than small versions of adults. I wanted to write this book because of a story I heard two men tell on an Amtrak train when I was 25. I wanted to tell the story because I saw a picture of a house online and that was enough for me to go on. I was writing the story but the protagonist was a boy, and so I was ashamed to tell you about my novel, as I knew you would think I was writing about your brother when the protagonist was really me, but I couldn’t have my story be about a girl, because I didn’t want it to turn out sad.

I’ve written all of these things to you, including all of these letters for all of the birthdays you’ve had since you turned five, except for last year, when I was too lost in my own feelings of—what was it? Depression, I suppose?—that I didn’t write birthday posts, or much of anything at all. It is odd to admit that you have never read this blog—not any of it. It is past time for that to change. Perhaps you should start with the posts I wrote expressly for you. If you never remember anything else I’ve told you, I want you to remember these things:

One: Always have hobbies and interests no one can take away from you. You should fill your life with things that don’t require other people, places or things. You need at least one of these. I have writing, walking, baking, and listening to music when I’m alone. You have sewing, running, reading, and so many other things. Those are for you, so you will never be lonely, never be bored. 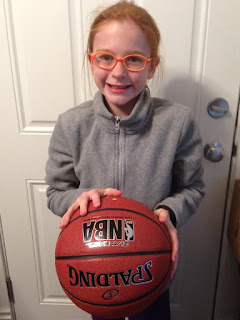 Two: Always read the last line first. It won’t spoil the story. In fact, it will help you know if the story will be worth working through. The most important lesson is to know how to end things gracefully.

And so, when I’ve written to you, I’ve said a bunch of things, always saving the most important for the last line or lines:

At five: If I ever get to a point where that’s all I can ask for, and the last thing I know is that you and your brother are there, it would be enough. I love you.

Six: And so it goes. There isn’t much left to do but turn anger into hope, and turn resignation into faith in your abilities to adapt and thrive. So for my daughter, a brilliant and funny and empathetic and beautiful little six year old girl, I wish for the best of birthdays and a hundred more. I wish for the opportunity to spend many more of those birthdays with you. I wish the world was an easier place. In the last six years, you have definitely made it a better one.

Seven: … And she said, in front of the entire first grade: Because I love you. I will always remember you when you were seven, Lenny. Always—no matter how many more sevens I've got.

Eight: But I am doing this for her, for them. I am taking account of things they might be too young to remember or too innocent to comprehend. I am remembering for them. So, Lenny, know that I love you. You aren't just golden today, but always.

Nine: That's what I want for you in this ninth year, which changed everything for me thirty years ago. I want you to know what that means. You will always be yourself. There's only one Lenny. Don't let anyone forget it.

Ten: (empty space where words should have been)

And, before we get to eleven, I want you to have some last words.

You finally showed me that resilience essay. In it, you wrote: When we started learning about resilience, I could tell my mom had been resilient…Resilience to me is the ability to see past and bounce back from life’s setbacks. To overcome struggles and see meaning in life.

You wrote about me and about famous and resilient people in history. And then you chose this ending, which astounded your teachers: “Resilience cannot be learned or found: it is a choice we make, a path we choose to take, a trait we choose to acquire.”

I don’t even know if I actually agree with you—but it sure sounds good.

For the last five years, I have taught poetry to your class for your birthday. For the last two years, one of the styles we learned was haiku. Haiku are wonderful because the beginning is also the end. Last year, in fourth grade, you wrote this:

and this year, for your birthday, you wrote:

in early March air
I sit outside, enjoying
my eleventh year.

Eleven: Me too, honey, me too. And the third thing I want you to remember is that there is an exception to reading the last line first. When you have children, you never want to read the last line. You never want to know how it turns out. You don’t want to see the ending. There’s nothing that could happen in between that would make it not worth working through.

I love you. Happy eleven. --Mom 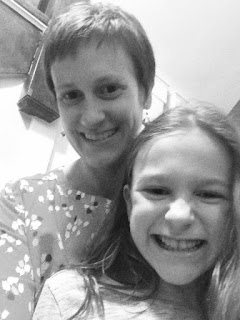