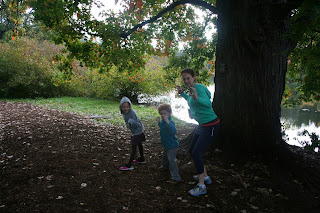 It sucks when your normal chemo nurse isn't there, and three nurses can't figure out how to stick an IV in your very healthy veins, and when they finally succeed, you gush blood all over the floor and there are jokes about you being a "geiser" and you have to use rubbing alcohol to clean the ring your husband gave to you years ago for your birthday, which is engraved with "as you wish" from the Princess Bride.

It sucks to be so exhausted that you can't stay awake to put your kids to bed.

It sucks that you still exercise 2-3 hours a day and that doesn't seem to help with the exhaustion nor the cancer, for that matter.

It sucks to start to get your period on schedule and then have it stop abruptly when the poison enters your veins, so now you feel overweight and depressed and just PISSED that you will be in that menopause again with the incessant hot flashes and sexual dysfunction and all of this is happening 10 or 15 years too early.

That's how I'm feeling today--I'm feeling that this is hard, and stupid and surreal and just bullshit.

I know that many people who have not had cancer, and even some who have, feel that the only appropriate response is to talk about being a warrior and kicking cancer's ass and telling chemo who's boss. But come on--that makes no sense. Chemo is a drug or usually a combination of extraordinarily toxic drugs, it is part of treatment for a disease that kills lots of people. Diseases require treatment and often medication. This is true of diabetes, heart disease, epilepsy, MS, you name it. Why are we the only ones with this bizarre and illogical warrior badge? It just doesn't fit. It especially doesn't fit someone in my situation. While most people have been very supportive of me during this recurrence, others seem to feel almost...disappointed, annoyed, even angry that I am doing this AGAIN. I have heard this from every woman I know who has had a breast cancer recurrence--some folks seem to feel (prodded along, I'm sure, by messages in the media that make breast cancer seem like a learning experience or a rite of passage, some temporary bump in the road) that I should have been DONE with this already--didn't I get that memo? No matter how tiring it is for others, it doesn't compare to how tiring this all is for me. It's tiring because I'm ready to just walk away from all of it, but it's also tiring because...I'm tired.

Chemo gives me strange dreams; that is, it gives me strange dreams during the few hours that it allows me to sleep. For instance, after falling asleep around 8:30 last night, and then sleeping fitfully for several hours before waking at 3 AM for good, I had a dream that I was going to do the same kind of "chemo" as some NFL player...even though I didn't have the type of cancer he had and I didn't need it. His torso was covered in something that looked like nails, and the "chemo" wasn't chemo at all, it was some device that clamped like a vise to his torso and SLAM, punched in, and it was excruciating, and I know that because I had to do it for no reason and no benefit, and that dream doesn't even seem strange, come to think of it.

Chemo means that my kids know things they shouldn't, like that there is a reason their dad takes them out a few Wednesdays or Thursdays a month, because I don't want them to see me take to bed at 6 pm. My four and a half year old son asks casually at the dinner table when I have to do chemo next, and he still associates the treatment with my "breast," which he touches or kisses every once in a while "to make it better." My daughter has tantrums sometimes, which is not like her, and I blame myself, even if I shouldn't. We take them to therapy, but I'm not convinced that in this sense, being able to talk about things is the issue--it's having to witness things, having to understand things, that is the problem. These kids have had a mom with cancer almost their entire lives and I have no idea what that means for them or what that has done to them. I have a son who asks so often, what happens when we die? What were we before we were born? When we're gone, mom, what's left? No, you don't understand me...what's LEFT? My kids hear about heaven from their friends and I'm glad that Augie at least seems to think it might be real, though Lenny definitely doubts it, and I am the last person who could give them that comfort when I don't have that comfort for myself in my own head. 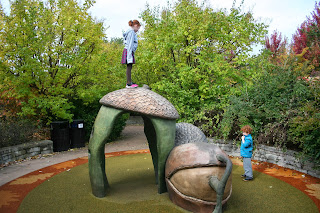 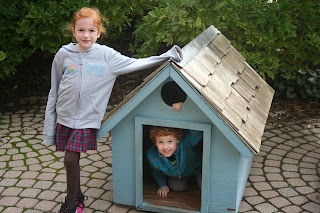 I know that cancer has not changed me as a mother, even though other people think that it should have done so. I have been unfriended on Facebook over my assertion that cancer does not turn you into some uber-mother and over my clear disregard for any notion of guilt that I am supposed to feel over having cancer when my kids were small. I am not a superhero, nor do my kids expect me to be one. I am still the hard-ass, I still play with them only sporadically and if it's something that I want to play (it was me, after all, who taught Augie to throw a perfect spiral; I like to play baseball with them, or gin, or something else that I would like to do anyway if they were adults); I still yell sometimes, I still get pissed when everything's a mess; I don't, God help me, do crafts; they have to eat whatever I cook; I am not as affectionate as my husband. I know that they love me and they like me and I know they wish I didn't have cancer and that I didn't have to do chemo. Perhaps they would wish for more normal childhoods if they knew any different, but on the other hand, their childhoods have been very normal in retrospect, and some suffering happening to a family does not preclude a normal upbringing. At least cancer has forced me to create some kind of legacy for my kids through this medium; I have documented my love for them in ways I could not do with my actual, not my figurative, voice.

Life is hard and it always has been; this body has been tried and tried since it was a tiny little girl and that is just the way it is for me. It might be hard having cancer, it might suck to go through 10 months of chemotherapy in your 30s, and I will always be one of those moms who had cancer for years, no matter whether I make it out of this mess alive or not, but there is this:

At least it's me--at least it's happening to me, and not to them. The fact of their physical normalcy trumps all of this, and I hope they will always have that, even if that hope is based on the stuff of daydreams. It is that thought that helps me keep walking, as if I am walking away from cancer, at the same time that I am following those I love into the future I hope I have a chance to witness. 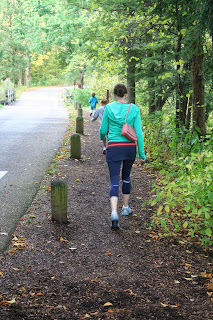