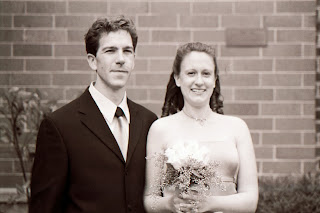 Today is my nine year wedding anniversary. I thought I had something to say about that, something profound, but I don't really. And neither does Gabe. He had started to write something, and it started like this: Sometimes you just don't know what to say.

Sometimes there are no words to express the sentiment that is in your heart.

Sometimes you do things not because you want to but because love makes you.

While there are many things about breast cancer that I never want to remember and many things about "Pinktober" I wish I never knew ("Get into bed for the cause" - really?!), I want to take this opportunity to mark our anniversary. I want to express gratitude and appreciation not just for the woman I love but also for the people who've helped us along the way. I also want to mark the dark and twisty passages we hoped we'd never revisit but find ourselves visiting now.

He wrote some other stuff that was a little confusing, even to me. He said he was too emotional this time around to be coherent in his thoughts. His final thought was this, though, and it is definitely coherent:

When I met Katy I knew I didn't want to lose her.

Here's to hoping he won't have to, at least not any time soon, and that we have many more sets of 9 years together. And also, next year, when we hit the 10 year point, I figure we might as well just have a big party and get married all over again. I will leave this short post with two thoughts. One is that if you are interested in what I think about Pinktober, outside of what I've said already, listen to this radio interview I did last night or read this story written by a friend I've known a long time.

The final thought is that when I was growing up, my mom called me Kat. I hated that nickname, but maybe it was the right one. I have lived 5 lives in these 38 years, having so far cheated death that many times. I do hope the final four allow me to go out with a bang. And you're welcome to come along for the ride. 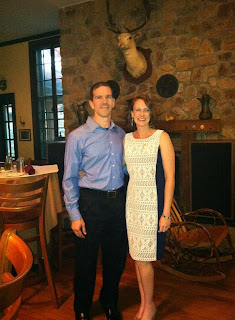