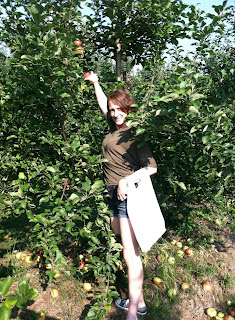 Whenever something life-threatening or life-altering happens, people tell you to take it one day at a time. It's good advice, albeit impossible to follow in many situations. Take cancer, for instance. Cancer requires you to plan all kinds of things, all the time. You are forced to think about the future--both the short term and the long term--at the very time when it might help to just think about ten minutes from now. All the while, you know your plans might go to shit. You plan a thousand appointments. You plan for chemo and the side effects of it. You ask for help with babysitting, with meals, you try to tell your (brand new, out of state) boss what to expect, even when you know that if anything is a given with cancer, it is the unexpected.

You go through this grief and anger over your immediate menopause after your first chemo treatment, only to get your period a few days later, only a few days late in the normal cycle of things. And you are forced to realize that chemo did alter your libido, it did mess up your cycle, but it didn't kill it yet and so there is happiness but also trepidation as you wait for what might happen later. You have a hard time telling the difference between the physiological effects of chemo, the hormone changes it brings on, and the normal cyclical depression that happens each month like clockwork since you started this new puberty two and a half years ago.

Your mom calls because she is making changes to her will, and she wants to know if this change and that change is ok, and you say, you need to take into account the possibility that I might pre-decease you. And she says I don't want to think about it. But fine fine I know.

You start a new job six weeks after having a mastectomy and smack dab in the beginning of six cycles of chemo. Your job is based out of state. You ask for the manual patdown at the airport, more in deference to your husband who thinks it's important to avoid the full body scanner than because of any fear you have of extra radiation, since you feel like the shit has already hit the fan so what the hell difference will it make? You almost forget to say that yes, actually, you do have a medical device or implant. You grab your fake breast in front of everyone and don't immediately realize why you're getting weird looks. You get sick within a day of flying. You talk openly about your cancer with your new colleagues, your bosses, with HR. You ask questions in orientation about pre-existing conditions, health exams for life insurance, family medical leave. You stopped caring long ago what people thought because what people think doesn't matter. You tell them--just straight up tell them, without worrying about losing your job or seeming weak or feeling like you are asking too much--how it's going to be, when you will need to be at home, why you can't travel much for six months, and that you hope all goes well with chemo but you really, honestly, have no flipping idea if that's true.

It's hard to know what to say, especially in this forum where people are waiting for you to say something meaningful, or even just anything at all.

You are no longer thinking about cancer in the way that other women with breast cancer think about it. You live with it all the time, it is like a roommate of yours, so you don't have to talk much, because she's just there, like a piece of furniture in your life. You don't give a second thought to cancerversaries anymore. You no longer feel nervous about seeing oncologists or surgeons. You don't think about making it three years, or five, or twenty. You don't agonize over headaches or pains in your hip and you don't feel angry that you can no longer do pushups. You feel emotional about the real and potential losses brought on by chemo but not in the way you did before, because you are resigned in a sense, you have done cancer before and now you are doing it again, and while it still hurts, the first cut is the deepest.

You have prepared yourself for this; this is the penultimate level of cancer, the one that is much worse than just going through it once but much better than going through it forever. You have been writing about it, telling folks that no, you are not at all sure that you have kicked cancer's ass, and that was never really the point, was it?

So what do you do?

You go apple picking. You watch football. You yell at your kids. You take your daughter to a ballgame and for the first time in your 38 years, a foul ball comes like a shot straight towards you and you expertly put out your small, bare hand and almost catch the ball one-handed until the pain from the impact makes you drop it, but the man in front of you reluctantly gives it back after everyone and their mother glares at him. You help with homework. You turn away from the guy who winked at you in the hotel. You go to a preseason NFL game. You cook for your family and you eat two of your famous curried turkey burgers because you actually have the appetite for it. You buy Halloween costumes. Your libido bounces back for a while and you have sex with your husband every day. You go to the gym. You try to orient yourself to your new job, but you don't sweat it too much. You do laundry and go to the grocery store. You hang out with your friends when you have the time and the inclination to pick up the phone. You no longer think about what you might miss in the future, you no longer live with reverse nostalgia, though every once in a while you turn to your husband in the middle of a casual conversation and say things like "this probably won't end well for me, will it?" or "do you really think I'll ever grow old?" But there is no emotion in your voice when you say it, and there is less emotion in his than in the past when he tells you you will be fine or says God Kate I don't know. 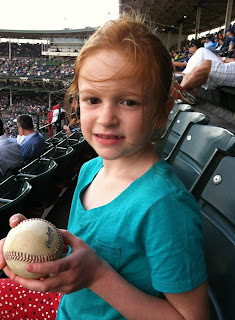 You don't take it one day at a time. You take it one moment at a time. You know that the best laid plans of mice and men oft go astray. You are neither a man nor a mouse and so perhaps it doesn't matter anymore. You just live your life, the one that was handed to you, even though it's not perfect and even though it might be short, because it's hard and it's beautiful, and it's yours. 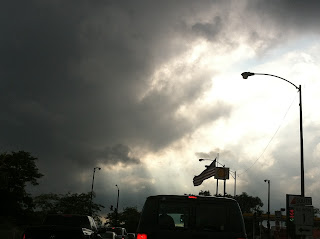