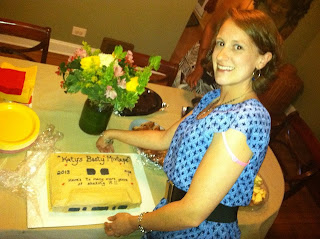 It's interesting to me that I seemed to write here more often before my recurrence, when presumably I would have had less to say. I guess the difference is that at that point, I could use this forum to pontificate about a variety of things, using cancer in some ways as a catalyst, an excuse to give me permission to talk about some aspect of gender or memory or life that I would have liked to write about anyway.

When I was doing ACT chemo, which is honestly one of the harshest chemo regimens anyone can do, I never had fatigue. My body would threaten to give out and just stop when I was walking or exercising or something, but I never felt fatigued. People think that this means that you are just tired. That doesn't come close to explaining it. Today in particular, when I thought I would be coming out of my immunity nadir as I am at day 16 of the 28 day chemo cycle, I just feel completely wiped out.

I feel so conflicted about chemo this time. I'm not emotional about it like I was before, I'm not actively pissed off and fighting the very notion of everything that is happening to me like I was in 2010. And yet, I find myself wondering if it's worth it, and I think about quitting, though not too seriously. This chemo regimen has been so much easier in many ways. I feel much more human. And yet...it's chemo, you know? It isn't fun to feel exhausted, to have chronic diarrhea, and it is especially not fun to have one of the side effects I was dreading the most.

My period has already stopped, my libido has tanked, and my sex life has already changed.

I don't have hot flashes. I don't think I'm in menopause. But the chemical changes have happened so quickly it's almost shocking. I could literally FEEL it happening, deep in my pelvis. It's hard to explain. I used to think about sex all the time, and now I hardly ever do. That whole multiple-orgasms, no foreplay needed thing that has defined my sexuality for more than 20 years? Gone. Do we still have a normal sex life, by most definitions? Sure. Do I probably still enjoy sex more than many women do, in their natural state? Yes. I mean, we probably have sex more than most people. I'm married to someone who would do anything I wanted, who would never complain about things being different or about needing to change the routine, who would always think about me first when we're in bed.

But I just turned 38, and that is on the one hand way too young for this, and on the other, it is too old--I am that much closer to 40 than I was three years ago, that much closer to the possibility of this being permanent. I was very, very lucky to come out of menopause the way I did in 2011; my body reverted to that of a teenager for years, with incredibly regular cycles and a high sex drive and everything that makes you feel 18. So I lost it, gained it back, and lost it again, just as I was afraid I would. It's depressing.

When I went into chemo-induced menopause before, it was the most depressing aspect of cancer treatment for me. I was angrier about that than I was about losing my famous hair. To me, hair was really cosmetic. Sexuality was so much more of an innate part of myself, something that mattered in a way that hair and normal looking breasts did not. One of the hardest aspects of that was how few people really paid attention to my concerns. If I had been a man, going through chemo-induced impotence, folks would have been falling all over themselves in an attempt to help me. It's one thing to have experienced my sex life over the last few decades as if I were a 20 year old man; it's another thing to not BE a 20 year old man, so my issues in this regard are considered almost irrelevant.

But I've gone over this before--I said all of this in one of the blog posts that I'm proudest of having written. I don't need to say it all again.

Apparently, though, I need to experience it all again, maybe forever this time.

So, this is hard. Next week I will be getting on an airplane to spend the majority of the week in the state where my new job is based, and all of that just seems absurd to me. For years now, I have just kept living life, whatever that meant, and I will continue to do so, but it does make me wish that I could whip out that so-called cancer card and just say, look people, this shit is serious! Let's slow down and take a deep breath, ok? Manage your expectations. I'm no superhero. I get crabby. 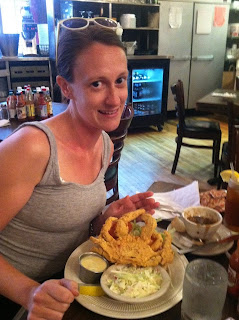 But that card doesn't actually exist. It would be awesome if those of us going through cancer treatment actually got to be Cancer girls or Cancer boys in real life. I've been thinking about this in the context of the seeming obsession with personality types and people getting all up in arms about who is better, the introvert or the extrovert, and basically claiming that whatever personality type they think they exhibit is the better one. You know, I'm an extrovert, so I'm more fun and people like me. Or, I'm an introvert so I'm thoughtful and deep. Whatever happened to just people? Do you see how kids essentially ignore each other's innate personalities and go on with their bad selves? My daughter was on a playdate a few weeks ago, and she got really quiet and shy around this friend of hers and didn't talk much at first. She always does this. It takes her a while to warm up, and then she's fine. But in the meantime, the other girl just kept gabbing and running around and they both basically let each other be. There was no concept of well damn, this just won't WORK. We cannot POSSIBLY jump rope together because you're too shy and awkward or you're too loud and crazy.

I like all the people, you know? It's the eccentricities that make people interesting, that make people worth hanging out with, talking to, sleeping with, or what have you. So that's my take on that issue. My wish is, what if I could just ignore the idea of being an introvert or an extrovert, and for even just one day, be a...

I mean, people seem to be using this idea of personality type to justify shitty behavior, like ignoring others, wanting to grab all the attention, being cocky, and acting superior.

So what about if I could just say...:

Oh hell no, I'm not dealing with this petty "meeting" shit...because I have CANCER.

I'm not going to smile and shrug off my problems because I have CANCER.

I will never again pick up other people's shit, especially their shoes and dirty clothes, because I have CANCER.

You children will not fight about who has watched more episodes of Wonder Woman because you are being ridiculous and I have CANCER, kiddos.

No, you are not allowed to hit on me or say inappropriate things about me or catcall me because I HAVE CANCER, ASSHOLE.

You get the idea.

No one in real life gets to say these things. On the other hand, I guess to some extent, I've claimed some little bit of Cancervert. I am dictating the terms of how this is going to go at my new job; I need to do this, because I am the one who has some sense of what to expect and what I can do. I've worked through worse, after all. I have been sleeping in while I still can (as in, sleeping until 6:30), hiring babysitters just so I can go to the gym, spending too much money going out to dinner with my husband, telling people they should bring food to my birthday party because I'm not going to make much of anything (and then baking anyway because I couldn't help myself), and passing off household decision making onto Gabe. But in general, life just keeps happening, and the world just keeps spinning, even when your very body, your cells, blood, GI system, reproductive organs and so much else is fundamentally altered.

I am the same and I am different, I'm fatigued and I'm really active, I'm young and I'm old, I'm happy, content, pissed off and sad, I have had cancer two times and that doesn't seem so interesting anymore. I guess I'll just keep going on with my bad self, because I'm not sure what the hell else I'm supposed to do.
Posted by Katy Jacob at 9:59 AM