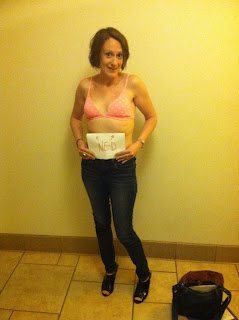 I think I held up pretty well this week, considering. My three year cancerversary came and went, and I didn't feel much like celebrating, since I still had to get through today--the first time that I had been allowed to go a year between mammograms since the whole mess started. I also had visits with the surgeon and oncologist, so both Gabe and I took the day off of work and my mom agreed to pick the kids up from school. I have been distracted, and last night I snapped at Gabe and felt jumpy and made myself what will now be my go-to drink the night before such procedures:

I mean, if you're going to be in the drink-naming business, THAT'S what I'm talking about--none of this juvenile sex on the beach crap. Alcohol was invented for a reason, and that reason was to drown some sorrows and maybe help you sleep when sleep seems impossible.

But I didn't do anything wildly self-destructive or insane, and I did eventually fall asleep, and then I woke up, and then...

The only detail of the day before the procedure began that will stick with me was this: my undeniable nervousness in the car on the way to the hospital. It's a damn good thing Gabe drives to these appointments. I am always so distracted, heart beating fast, trying to find something to concentrate on in the distance or on my phone, secretly glad that traffic is slow, as the inevitable is thankfully prolonged.

The same nervousness--so hard to explain, even to those who also get nervous at mammograms. I get it. But you know, the very first one I ever had was under very dire circumstances, and the news from it, well...So, waiting, and so so nervous, hating the jackass who left nothing but goddamn YACHTING magazines in the breast cancer ward. Seriously, there's a special place in hell for him. Then, the smiling tech comes over and starts the small talk and asks how I'm doing and I say:

"This isn't my favorite place to spend the day."

She asks what I hate most about it? Is there anything she can do to make the experience better for me?

"Well, I doubt it. Because, you know, I had breast cancer. So I'm never going to like this. Plus my breasts aren't big and the left side still hurts all the time so I know what's coming."

She's sympathetic. And brutal. Mammograms are so dehumanizing in the way they make you contort yourself and the way they treat such a sensitive part of your body as if it is jello for the mold:

I'm sorry but I'm going to really have to grab a lot of tissue here. This won't feel good.

Ugh, I wince in pain where my surgery site feels like it's on fire. I go back to wait for results. Nervous. Nervous. Phone quickly losing juice. Texting Gabe to let him know I'm done but waiting for the radiologist.

"Ms. Jacob, you need to come back for a few more pictures on the left side."

Heart caught in my throat. Woman, don't you know what happened the last time someone said that to me?

More contortion, more pain, more apologies and small talk and more of me not caring until they can tell me what they found.

Back to waiting. Gabe texting me all the things it could be that they're looking for: calcification, scar tissue, me thinking yeah that and CANCER.

The radiologist calls me in, and again my heart catches in my throat.

It's the woman who diagnosed me with breast cancer. The woman who performed my second ultrasound herself after she saw the telltale circles at 3:00 on my breast on May 3, 2010. The one who performed the initial mammograms, gave me a piece of paper that said there was concern that my mammogram showed a possibility of breast cancer, and offered to do the 7 core needle biopsies herself, on her lunch hour, right then and there. The one who called me to give me the news, whose naturally cracking voice broke on the phone when she told me to find my husband so he could take notes.

She looked at me and said: "There are a few spots that are probably calcifications that we'd like to watch in 6 months."

Um, ok, I said, what does that mean? Should I worry?

"I wouldn't worry. You have had a few spots and now they are forming a circle, right near the lumpectomy site. It's fairly common. We will watch it to make sure it's not something else."

is what I thought. Circles inside the body are BAD. I just looked at her, asked some more questions, she answered in the noncommittal way that says we think you're fine but we're not going to say that because we don't want to get sued if the shit hits the fan, and I went back to get dressed.

The radiation tech came with me. She grabbed my arm and told me that if Dr. W. thought something was wrong, if she thought it could go "the other way," I would be lying on the biopsy table right now. She gave me a long explanation for why this is a common occurrence after breast surgery. She kept talking about how good and thorough the doctor was.

"I know that," I said. "She's the one who put me on the biopsy table in the first place."

I felt...well, kind of relieved, but not as relieved as I would have liked to feel. I wanted to have another year, not six months. The surgeon saw me, thought I looked amazing, the oncologist said the same thing: "everything seems fine. you look great. have a good summer." Neither of them took much stock in my chest pains or breathlessness issues. They seem to think I'm OK, that I'm actually NED, that I've made it to the three year point. I feel happy, yet ambivalent, a sense of relief and a sense of trepidation, suspicious and grateful.

What a strange cancer trip this is.

After the last doctor's appointment, Gabe and I went for an early lunch, then he good-naturedly hung around while I went shopping for a bit, then we walked along the lake, and then we went to a movie. If the first half of the day hadn't been spent in the cancer ward and if we hadn't needed a sitter for our kids, this long day would have been like one of those dates we had back when we first met, when we had nothing but time for each other.

We drove to our favorite theater to see Iron Man 3. The irony was not lost on either of us. The last time we went to see Iron Man in a theater, I had been diagnosed with breast cancer just days earlier. I remember the scene where Tony Stark talks about the poison in his body that was keeping him alive, and I remember thinking how surreal my life had become, that I could relate to a fictional superhero better than I could relate to regular people in my life, like my friends, my neighbors, my kids, my...everyone. 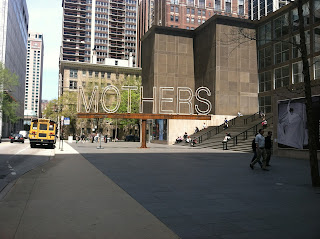 This time, we were much more relaxed, obviously. We put the arm rest up in between us and I swung my legs over Gabe's and yeah we are still dorks like that. We enjoyed the film, even when it got ridiculous. Near the end, Tony was talking about being a changed man. He lamented how hard it was to live with shrapnel in his chest. The monologue continued, and I looked over at my husband, not for any reason, just because that's what couples do periodically when they're watching a film.

He had taken his glasses off, and he was silently crying.

I looked away, looked back at him, and asked him what was wrong. He said, "you know what."

How hard it is to live with all this shrapnel in my chest.

I looked at Gabe. He said, "You don't have it anymore." He cried a little more and then he stopped.

I sighed and rolled my eyes and patted his thigh because that's what I do when he cries, since I'm not good with crying. He smiled at me, as if he knew what I was thinking, but he didn't. I wasn't thinking about Iron Man, or cancer cells or the metal that is, in fact, still in my chest in the form of staples in my tumor sites. I was thinking about this:

The doctor who diagnosed my cancer, the one who gave me the worst news that I have ever received in my life up until this point, handing me a piece of paper and telling me I am probably fine. She shook my hand, looked right in my eyes and said:

Of course she didn't recognize me. Back then, I was somebody else. 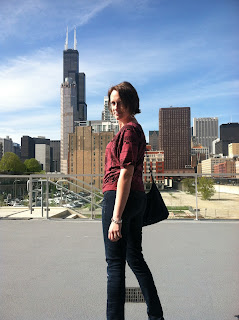