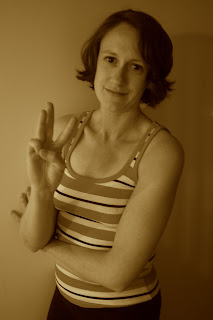 The waiting is the hardest part.

I have had three years.

On May 4, 2010, I would have told you that, three years from now, if I was still alive, I would know that I was free—free of cancer, free of fear, free of the albatross of mortality that hangs around the neck of a cancer survivor so obviously, even though no one is getting off of this boat alive.

I would have been wrong.

Three years is only an achievement if this is a contest. It is only a victory if this is a game. It only denotes bravery if being allotted less time denotes cowardice. It only increases the chances of a long, cancer-free life in the sense that three years have already passed, and three years ago, that seemed like an impossible dream.

Three is a magic number only if this life is magic, which it decidedly is not.

Three years was a placeholder, a hook on which to hang my hat once my hair grew in again. My husband clung to the very notion of three years with levels of faith and devotion that he otherwise reserved for his feelings of love for me and his children, in absence of his belief in anything “higher.” My mother has clung to it, my friends might celebrate it, other cancer survivors who don’t know me but read these words anyway have been rooting for this day to come for me, for them, for all of us.

And so the day has come, as days are wont to do.

It has come in spite of the pains in my chest, the occasional breathing problems, and all of the other things that could mark the premature end of my days in a way that does not apply to you. This day has come, and it has brought with it sickness and health, menopause and puberty, growing up and growing older, and all of the cycles of life.

Three years has come three days before the annual mammogram that could start the clock all over again.

Three years came without fanfare, or celebration, or even relief.

Three years passed without my children knowing that three years had passed since I found out I had cancer, because they were too busy being aware of three years passing since they were 4 and not quite a year old. They were not even the same human beings, really, three years ago, so why would the passing cancer time be relevant?

It is entirely possible that three years have passed as cancer cells invisibly multiplied within my body. I do not know that that hasn’t happened, and neither do you, so saying otherwise isn’t helpful and believing it doesn’t matter. I’m ecstatic that as far as I KNOW, I don’t have cancer, even if I do, in fact, have cancer.

In the past three years, so many things have happened, and I have related many of those stories to you. Some stories are larger than others.

One day, in the last three years, I got carded at a restaurant. I laughed when handing my ID to the server, who did not even think of carding my husband, who is a grand total of two months older than me. The server raised his eyebrows in honest surprise and said, “Really? What’s your secret?”

And I shrugged and laughed in the way that I thought women are supposed to do in those situations, but I think I did it wrong, because I didn’t blush; I can’t remember the last time I blushed. He walked away, and I turned back to my husband who was rolling his eyes and I said this:

“There is a secret to the fountain of youth, isn’t there? It’s one third DNA, one third taking care of yourself, and one third knowing you’re going to die.”

I should have changed the formula to fourths, and added: “not having any imminent reason right now to think death is coming soon.”

Death is coming, but how hard it must be to know that it is coming prematurely. You might live with the notion that life is impermanent, but I live with that notion differently than you do. People with late stage, incurable cancer or other lasting and terminal illnesses live that reality differently than I do. It is not fair, but it is true, and we should stop pretending that happiness and love and beauty can erase the difficult truths of other people’s lives just because we wish it were so.

Yes, you could get hit by a car tomorrow, and so could I, but you know what? I’ve already done that, and I will tell you this: It is easier to live through an immediate trauma, like a car accident, when you don’t have time to contemplate the possibilities. It is easier to live by the rules of good living when an entire society isn’t judging you for every bit of sugar you ingest or drink you consume or moment of laziness you enjoy. It is easier to not have had cancer than to have had it, but at the end of the day I will be the first to admit that it is easier to not have it right now, today, while I’m writing this, than the alternative.

I’ve had three years, and I hope to have many more. I hope that my children have infinite years, though I know that what I hope for is not even remotely possible. I was told three years ago that making it this long was a milestone for someone with my form of cancer. I needed to believe that then, because I needed something to help me get through the days and the weeks and the months, and thinking about the years helped me to do that.

I have spent time over the last three years thinking about these years before they happened. I also have spent time thinking about my childhood, my adolescence, and my youth, which is a strange bit of nostalgia for someone who was only 34 when the whole mess of thinking started. And I realize that I have treasured them all equally, as I have treasured my children’s days: without sentimentality, without wanting to go back, without wishing things were different. I am glad that things were, and things are, and that hopefully things will be in the future.

“Are you ready?" Klaus asked finally.
"No," Sunny answered.
"Me neither," Violet said, "but if we wait until we're ready we'll be waiting for the rest of our lives, Let's go.”
― Lemony Snicket, The Ersatz Elevator

I thought that I could not possibly say anything on this third cancerversary that I did not say last year or the year before that. I could not think what to say until I decided not to say much about cancer at all. The words flowed easily when I decided to talk about time and memory, the subjects I have been contemplating all my life and expressing in this virtual forum since that unfortunate day when my life changed, just like that, three years ago today.

Those who say that living in the present is better than dwelling in the past are just not aware of how lucky they are to be able to separate the two. Today and tomorrow will eventually be “back then,” but only if you are lucky enough to live long enough to remember them that way.

And so it is that our hope for the future gives us something to look for in the surety of the abyss.

If you are new to this forum, you will wonder why I would include the following piece here. If you have been reading this for some time, you are likely to understand. This piece is not about cancer. It is about a love that ended, or shifted, and not neatly, because life is rarely neat. I wrote it 12 or 13 years ago. It is still true, even if I do wear glasses sometimes, at least to drive a car at night or when I want to look like someone else. But now I realize that the things we say and feel about love and life are not just true in that moment of sadness or ecstasy or grief or contentment.

Those things are always true, for three years, for thirteen, for thirty, and, most importantly, for now.

I hope to still be here to share them with you in three more years.

The Jealousy of Perfect Sight
by Katy Jacob

I've always been the only one who could see everything.
Legend has it that my uncle and I have eyes so dark
that nothing can be missed, that the absence of light lets in
all the things that are lost to the rest of the family.
So all my life they would ask me,
can you read that sign, is that where we're supposed to be?
And I'd say no, a mile is too far even for me.

I can see so well it hurts my eyes, doing all this looking all the time.

I want to go to the eye doctor like I did when I was eighteen
and I couldn't focus, couldn't tell what to watch for,
until I was sure I was going crazy.
I thought, glasses, that'll fix it.
How wrong I was; the doctor couldn’t help me.
I wanted to plead with him, but he simply sent me home,
told me to look away sometimes, not to strain so much.

I can still see as well as I can do anything.

I'm also good at finding things.
When glasses are lost to whoever needs them
so much they can't see them, I know exactly where they are.
No matter what we've been doing,
no matter if they were thrown off in a hurry
because everyone says it makes kissing easier,
which by the way I have never believed,
even then I don't forget.

I can't get away from these big perfect eyes.

Sometimes I wish when I'm looking right at you,
seeing you as you really are and not just your shape,
or a vague sense of color, or something to hold on to,
when it must be for you like making love in the dark
at any time of day, whenever you want,
I wish that your glasses were mine;
that I could pick out what to see,
have a choice, a piece of myself to take off,
something to look for in the morning. 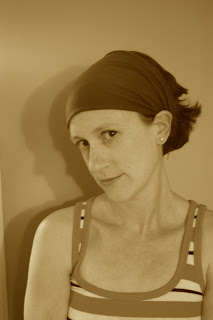