I have been getting a little sick of my own perspective on things, so I asked for some other points of view. Here's my mom's guest post. 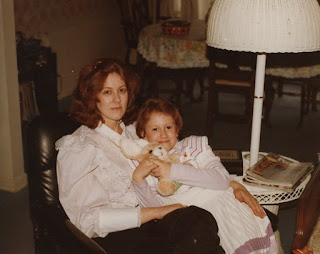 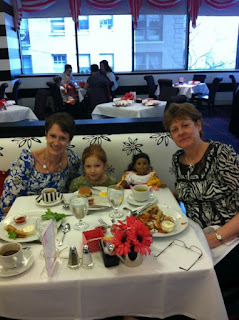 When you asked me if I wanted to guest write your blog, I said Sure, just let me get settled from our move.

We’ve – my second husband and I - left the townhome in Chicago and settled into a little bungalow in Oak Park – back home…kind of.

I raised you and your brother here. Lived here 30 years, as a young married, as a divorced woman going back to college in my late 30s, then working and then grad school in my 50s. You were born at West Suburban (your brother was born at Central DuPage when it was one small building in the middle of cornfields). You went to pre-school here (the teachers loved your sense of humor), grade school (you played violin and basketball and floor hockey and just a year of t-ball – as for baseball, you said you would rather be your brother’s biggest fan –and you were), junior high (where cliques were formed and you found out it was better to be on the outside and you went to the high school for math as an eighth grader – understanding geometry better than all of us), and high school (when you kept your emotions locked up in your tiny bedroom, much to my dismay and when, to my chagrin, you told me it wasn’t really fair to compare your heartbreaks to the holocaust – only following my mom I said– It could be worse, you could be leading your children into the gas chambers she would say, meaning my concerns were diminished and I wish I had remembered what that felt like).

You came home from Macalester for breaks on the Greyhound. I would pick you up at the station in Chicago on Harrison at 4 or 5 in the morning after your 8 hour ride and there you would be, Pumbaa doll strapped to your back pack, signaling that absolute disinterest in how you appeared to others – the groundwork as it were for your ability to go everywhere bald and care little how it looked to others, knowing it was important somehow to get that message across.

You chose the biggest bedroom with the half bath in the apartment we rented after we sold the house where you grew up. You were sick of little bedrooms with no closets for your great fashion sense – and I couldn’t blame you. The bedroom in the new apartment had a walk-in closet and fit it all…shoes included….so many many shoes.

Then after we fought over Jon being there (not that I cared since I loved him like a son, but that I did care because it was just too small an apartment) you became at, what, 22? the manager of a big apartment building where you saved the rent you didn’t pay and bought a condo at age 25. I kept asking myself – Who is this kid? Your dad and I did not exactly set that kind of example. You worked to buy your own clothes from the time you were 15 – babysat at 11 (I hated babysitting). You knew how to do it.

Never again I said, but never say never is so so so so accurate. I moved from the apartment to Chicago. You were dating Gabe, loved him, he loved you, the time was right, and you married him a little over a year later.

You found the house in Beverly, had Lenny, had Augie, had breast cancer. Weaned Augie overnight and our worlds crashed.

I kept saying I wish it were me. You looked me in the eye and said Mom, that doesn’t help.

It’s not fair. We both said. And it wasn’t – it isn’t. It wasn’t fair to lose that beautiful hair. But it was, of course, in the end, hair. It wasn’t fair for you to be terrified. I will never forget the look on your face the morning you came down the stairs where I was sleeping on your couch to be there with the kids while you went off for surgery. Would they have to do a mastectomy? Would it spread to the lymph nodes? Would you wake up with the cancer gone?

No mastectomy (oh I anguished over that – moms want everything done to the extreme if there is any chance – you did your research as you are so good at doing and knew the difference was not worth it). No spread. But no clear margins and so another surgery.

Not fair. But clear margins finally.

Heart problems from chemo. Acupuncture, scares, second thoughts. You worked through chemo, ran from radiation in your neighborhood first thing in the morning to whatever else it was you needed to do. I went to chemo once, radiation once. I needed to. Gabe took so much on (and how scared he was). Your friends took on meals and babysitting when I didn’t. The support you had was incredible.

All the while bald and, as always, in fashion (something I know nothing about except to know you are). All the while exercising like it was saving your life (and on so many levels, I imagine it has), spinning, eventually even rowing – rowing? The kid who would rather be the fan?

Lenny remembered what it was like to wake up when Mommy had hair. But except for that once or so when you wore the wig or scarf, you made it clear that this was the situation and that was that.

Two years later, I gratefully write this guest blog. Grateful because you wrote it for those long days and months and I could read it and know what you were thinking because you didn’t hide your emotions in that small room. God I needed that. We have always pretty much been honest with each other, but that kind of honesty became the grace that we all needed to get through this with you….since we, I, couldn’t do it for you.

I said to you once and of course I didn’t need to point it out. But I said, You have to understand, You’re my Lenny. Can you imagine if it were you going through this with her?

Scientific advancements being what they are, we will assume that will never be the case. We have to. We, I, you, can’t do anything else.

But of course, we will go through whatever has to be. That is what people do in this situation.

There are no heroes. There are only people who do what they have to do because others are out there loving them, expecting, imploring, begging them to do whatever it takes to be there. Cancer, like any terror, changes the game. And it changes it forever. How I wish I could take away the wait for those few years to pass for you to feel (not get) the all clear. You may well get it way before you will ever feel it I imagine.

So yes, I gratefully said Sure I will guest write the blog. It’s the least I can do. You did the rest. You.

Not Gabe, not me, not your friends, not your doctors, not your legions of other types of supporters….although thank goodness for all of them.