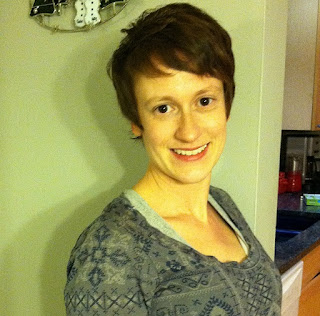 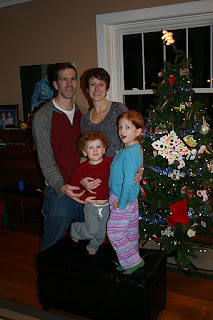 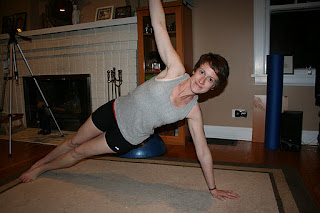 Everyone who has read one of these blogs knows that I’m not a big fan of the notion that cancer gives you some kind of free pass for selfishness, or for being self-involved, or for focusing on your own happiness to the detriment of everything else. That’s part of why I’m continuously surprised that people continue to read this, when it’s mostly about me, though hopefully, it’s never only about me. Moreover, I’m not into dwelling on the past, but I’m not yet in a place where I can be assured of a long future. So, I’m going to make it my prerogative to write about this year, this 2011, from my perspective--what it meant to me. It seems like an exercise in vanity to say the least, but oh well.

It would be an understatement to say that 2011 beat the pants off 2010. And yet, 2011 was hard and painful, and I went through some very dark times. I suppose one of the victories that I can claim is that I can admit to that, and move on to my list of accomplishments that are impressive if only because they are normal, and normal was hard-earned and surprising for me this year. Obviously there are other people lurking in the background of this entire list, and I think you all know who you are. Suffice it to say I couldn’t have done any of this alone.

So here goes! These are not in order of importance (Except for #1, I guess), but simply in the order that they came to me.

25. I went on vacation—several vacations, in fact.

24. I started a new job that focuses on something I know nothing about.

23. I chose a style and I stuck to it (Jackie O dresses in the summer, Silver jeans, “cropped” sweaters and shirts that actually fit my short torso, heels even though 5’ of my 5’5” is legs, Issey Miyake perfume)

22. I figured out how to function on practically no sleep at all and refused to use being tired as an excuse; on a related note, I tried not to make excuses if the reason was “I don’t want to do that.”

21. I convinced a ten year old boy that a woman can, indeed, throw a perfect spiral.

19. I bought a house, without worrying about selling the other one, and now I have the library, reading nooks, porch, laundry room and clawfoot tub I’ve always wanted, regardless of how much less money and sanity I have to show for it.

17. I found I didn’t entirely mind my newfound sentimentality; it matched nicely with my strange new tendencies to kiss friends, rub my kids’ backs, and let my husband paw at me all the time without wanting to slug him.

16. I overcame my fear of heights.

14. I came out of menopause as suddenly as I was thrown into it, and I re-discovered the amazing, natural, frequent sexuality I had always had and didn’t fully appreciate until I’d lost it.

13. I accepted, on a real and somewhat sad level, that I will never have any more children, not because I can’t, (see #14 ) but because it is simply not the responsible thing to do in our situation.

12. I got rid of every single item of clothing that was too big for me, including all of the maternity and nursing clothes, and donated all of our baby gear (see #13).

11. I reconnected with a bunch of friends I haven’t had contact with for years; forgave some people; and finally let others go.

10. I came up with an idea for a cancer-related nonprofit that I could not possibly act on because my life was just too busy.

9. I tried out a lot of new recipes and enjoyed eating every bite; I even figured out how to make a select number of really good cocktails.

8. I made some new friends, including a few who, based on the demographics, what we have in common, and the whole set of social norms, shouldn’t have become friends of mine, but did anyway.

6. I discovered that it is actually possible for me to become a “fan” of something, to venture into near-obsession territory, and I became a dedicated spinner (incidentally, that happened before #7).

5. I watched my son do so many things for the first time: speak in full sentences, dance, sing, go to the bathroom, defy me, put on his own coat and shoes, learn his letters and numbers, and generally do just about everything he will need to know to be a healthy human being for the rest of his life.

4. I saw my smart, thoughtful, empathetic, beautiful daughter become herself; the fact that it was hard for me to see her as a full person rather than a child prior to this year was due to my own parental blinders, not her lack of completeness.

3. I pushed until I got someone to listen to me, and I worked through the excruciating pain and scar tissue and muscle weakness, and I re-taught my body to do things, however gingerly and imperfectly and infrequently (look mom! I can do an extended arm plank--on the left side!) I thought I would never do again.

2. I really didn’t change, though many things about me appeared to change; I just learned how to shift the focus a bit.

1. I lived another year.

I realize that this is the time of year when most people make resolutions for how they will improve themselves, or at least their behavior. But I had cancer, and I don’t think I have to do that anymore. Though come to think of it, in 2012, can someone teach me how to drive stick?

Have a Happy and Healthy New Year, everyone.
Posted by Katy Jacob at 8:29 AM