Day 576: What You Don't Know Can Definitely Hurt You 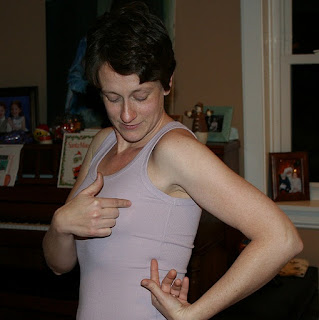 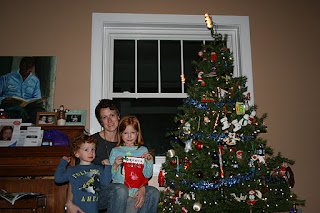 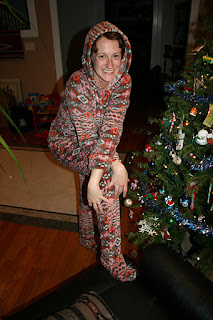 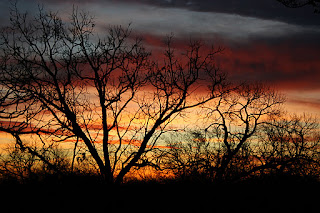 Today's blog will be fairly short (for me), though not at all sweet. I think I'm going to use this opportunity as a PSA of sorts, one of my many "something is very wrong in the land of breast cancer" rants. I mentioned a few blogs ago that I had finally received a prescription for physical therapy, after having chronic pain, intense pulling sensations, muscle weakness and even tenderness to the touch in my chest and under my arm for a year and a half.

For some reason, the scrip said "range of motion and lymphedema" on it, which made my life somewhat difficult. I don't have lymphedema. I could get it at any time, but having that word on the order meant that the physical therapist I called initially wanted me to go to a lymphedema specialist for the evaluation. I had met this specialist at a ROW practice months ago, and I would have been happy to go to her (except it turns out she wasn't the best candidate for my specific problems after all), but her office is too far away. No matter, after the evaluation she said there was no reason I couldn't go to someone else--she wasn't concerned about lymphedema issues with me, apparently.

I learned that I still have range of motion issues with my left arm, but only about a 10% difference, which isn't significant. During the evaluation I was told that the tenderness I feel in my pec, and the muscle weakness, may very well be permanent. It has little to do with surgery and everything to do with radiation. That sucks, but it could be worse, I suppose. Some people get broken ribs, damaged hearts or lungs, or other severe damage from radiation. It's definitely no joke. The evaluating therapist said my biggest issue was likely scar tissue, which might be especially aggravating for me because I'm thin and small-breasted.

I'd like to take a minute for an aside here. I know I don't have big boobs, and I'm glad about that, actually. But when talking to breast cancer specialists, you'd think a B-cup is the tiniest thing they've ever seen. When I was growing up, B was the average size for women. Now it's C--everyone is either getting fatter, or everyone is getting implants, or something. It just annoys me to always hear this "oh well since you're so small, you will have this issue, and that one" etc. etc. Kudos to my acupuncturist who told me last year, "Katy, I see all kinds of people naked. You aren't that small." Amen!

OK that's out of my system. After the evaluation I signed up for 5 weekly sessions with a therapist near my office. She thought that would be enough. The first session was no problem. I warmed up on the "arm bike," which is just what it sounds like--you turn this wheel with your arms forwards, then backwards, for six minutes, which might as well be an eternity. It's not that it's hard, but your shoulders get fatigued, and it's BORING. Then I did a bunch of exercises on the foam roller. I can't tell you how much it hurts me--me! the one who can take a lot of pain, who does crazy amounts of exercise--simply to lie on that thing with my arms outstretched all the way. It's like someone is trying to rip my left arm off at the ligament. After some more stretching, she did some initial ART (active release technique--basically like extremely deep tissue massage--her specialty, and interestingly, NOT something the lymphedema specialist is certified in) work on me. This is the main portion of my therapy--trying to break up the scar tissue to alleviate my pain and help with range of motion. She was working on my pec, the muscle deep under my arm, and it hurt, but it was no big deal. After ten minutes of this I was done, given my daily homework for the week, and I went back to work.

Enter the second session this week. I got on the arm bike, but after that went straight into more than 30 minutes of ART. She said "now we're going to really start working on the scar tissue." I feel like crying just writing about it. I have had so much pain in my life, but damn. If I hadn't been lying down, that would have just brought me to my knees. She would use her fingers like a screwdriver, going deeper into my flesh and muscle than I thought possible, and then ask me to move my arm as far back as I could, or as far to the side, and hold it. It was absolutely excruciating. I was just gritting my teeth, holding on to the side of the table with the other arm, and she was very nice about the whole thing--offering me breaks, asking how I felt. Well my God, it hurts, I said. I know, she replied. I'm sorry. Well, I said, I've had worse pain. And that's true--but barely. I made her do the same thing on the right side a few times so I could feel the difference. It seems like it might just be the kind of thing that hurts, even if you're not injured. Wrong. It felt like an intense stretch, a strong pull, on the right side, but there was no pain.

So why was this killing me so much? In general, scar tissue hurts. Everyone knows that. I have a lot of it in my body, I suppose. I had gallbladder surgery, and organ removal leads to scar tissue, I'm sure. I have never noticed it. I had a lot of scar tissue that had built up after I first had a gangleon cyst operated on when I was 12; the cyst eventually came back, 20 years later, and the surgeon told me the amount of scar tissue was impressive--about as big as my whole wrist, even though the cyst was maybe an inch long. But here's where this breast cancer stuff gets just sick. My scar, as many of you know since I've posted pictures here, is on the side of my left breast, near the top. All of my tumors were located in that area of the breast, and taken together, they were about 3 centimeters in diameter. The surgeon used the same scar area when I had to go in for the re-excision. I can feel the scar tissue there, all lumpy and disturbing. That alone doesn't surprise me.

But get this--the therapist told me I have scar tissue all over the muscle that covers my rib cage and travels around to my back. When she was doing ART on the bottom of the side of my rib cage, almost half a foot away from my surgery site (you can see me pointing to the surgery site, compared to the farthest location of the scar tissue here), I asked her what she was doing. I'm still breaking up your scar tissue, she told me--you have it everywhere.


I was absolutely shocked. She started telling me how this muscle (the name is escaping me) is attached to the pec muscles, that every time I use my arm or my chest I would feel pain from the scar tissue. She said "no wonder you can't do pushups." Honey, are you kidding me? How have I been doing half the things I've done?

Now I know I'm not crazy when tears come to my eyes when Augie jumps onto my torso. Now I can give myself a break for not being able to do extended planks, chest flys, or pushups, for wanting to cry that day in ROW practice when we did the one-handed oar drill and I thought my chest was literally going to break.

So, obviously, I needed physical therapy. And boy does it piss me off that I had to wait so long to get it, that I had to ask a hundred times, that I had to practically make shit up ("It stops me from doing yard work" is a bullshit line, but effective) to get anyone to listen to me. I am not an idiot, nor a child. I understand that I don't have to do certain strength training exercises to live a happy, healthy life. But I also know that I used to be able to do things that now make me double over in pain. I used to be able to lift things over my head. I always preferred to sleep on my left side, and now I can't do it. The muscles affected by breast surgery are the same muscles that you use with literally every step you take in your life. A PT evaluation should be the standard of care. Some women wouldn't need it--fine. But I'm sure a majority would benefit from it, and some, like me, REALLY need it.

As I was trying to wince the torture away (I told someone that it hurt so badly it was like going through labor--through my chest wall), I asked the therapist what kind of patients she usually sees. Oh, not much post-surgery. Lots of tendonitis, people with back pain from having desk jobs. Huh? I asked. How do people get scrips for that? Don't we all have the same issues with sitting at a desk? Oh, they tell their doctors, and get the prescription. We see pregnant women who just want some back work, people with mild carpal tunnel; I see it all the time.

Well excuse me if all I ever had was CANCER and I was crazy enough to think that warranted some assistance. These surgeons and oncologists have to start looking beyond whether or not you're still breathing, stop focusing on how close you are to death's door, and get a clue. If you want me to believe you when you say you think I have a good chance to live a normal lifespan (good--not great), then think about this: I could be dealing with this shit for 50 years. I have the right to be able to function normally without intense amounts of pain that I guess I have just accepted, just folded into my daily life.

What a bunch of crap! Anyway, I just wanted to put this out there in case any women who have had breast surgery, or are facing it, come across it and read it. I think it would be worth it to get a pre-surgery evaluation, so you understand your range of motion beforehand. And if you think you have an issue, just push it--no one else cares as much about you as you do, and no one else will advocate for you. Your problem might be even more severe than you realize--you could have scar tissue adhered to the muscle and bone of half your torso, apparently, and be walking around like it was nothing. You get to bitch about this, because you had cancer, and in many situations you get to do what you want, because many things that you wanted to do were taken from you, so whatever's left is yours to claim. You can even put pictures of yourself online wearing footie pajamas. Why not? Who's going to say anything? If anyone tries to give you shit, realize that there's a lot of shit you've already taken. Enough's enough!
Posted by Katy Jacob at 1:49 PM