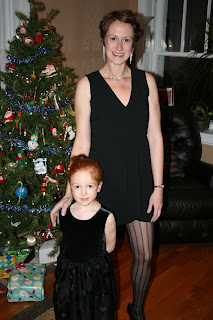 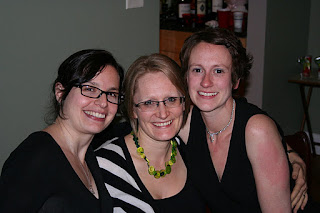 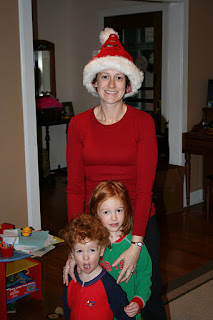 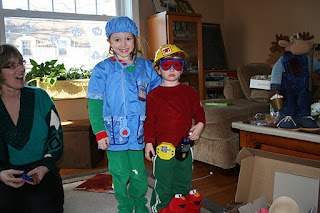 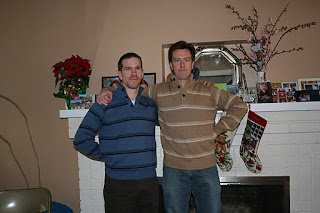 Six hundred days and two Christmases later, I guess I should just be saying hey! I made it this far, I've lived for a little while, haven't I? And that's true. That time has really kind of flown by though, no matter how much it seemed to drag when I was sick and terrified and too skinny and burned up and generally desperate for cancer treatment to end. It seems like hundreds of days, but it could have been hundreds of minutes. Back in May of 2010, I didn't know if I'd make it to Christmas, and even when I thought I probably would, I didn't know if I would have advanced cancer, or any breasts at all, or how it would be for me. I couldn't know how deep into menopause I would be that December, how I would hit my physical nadir with the lack of eyebrows and eyelashes and the ridiculous growing-in hair, and how it wouldn't even seem that strange to me, as it was just another of the phases I got used to like you get used to everything in this life.

And last Christmas I couldn't imagine how it would be in 2011, that my menopause would entirely disappear and I would have the regular cycles and sexual drive and function of a teenager. I couldn't imagine getting compliments on my hair and realizing that I will probably never go back to having long hair again. I couldn't imagine being in just about the best shape of my life and feeling better than I ever have, not when I felt so god-awful and tired--not just menopause-tired, not post-radiation tired, but tired of all the bullshit and how life was so much about just getting through the days. I couldn't know what it would be like to break through some of that scar tissue, to eradicate some of my chronic pain, to be able to do push-ups again, albeit on the wall. I couldn't have predicted that we would make the crazy decision to buy a big new beautiful house, that last Christmas was the last one we would spend in the house we lived in when we got married, the house that welcomed both of my newborn babies, the one that housed me during all my treatments, the one we spent seven Christmases in as an engaged couple, newlyweds, young parents.

I remember leaving a New Year's eve party early last year since I was so exhausted; how could I know I would host my own 2011 holiday party two days before Christmas, and that I would volunteer to cook and bake for all 60 people? That I would wobble around in some stilettos, just a little bit drunk, not even knowing or caring who was coming in and out of my house? Last Christmas, I was just a few months into being able to eat at all, and the thought of drinking was just a nightmare. I couldn't really hang around people I didn't know that well, because I was frankly a little scary and people didn't know what to make of me, and I wasn't vain enough to hide it, and I didn't care enough to ignore it, so a lot of times we just stayed home--by ourselves.

So clearly a lot has changed. It seems almost impossible that I had cancer, in a sense. The scary thing is that it seems that way to everyone who has any kind of early stage cancer. Some people get to keep that sense of wonder, that cosmic hand wiping your brow as you realize what a bullet you dodged. Of course, some people don't. Some people get through horrible treatments with as much vim and vigor as me, and then cancer returns, and they suffer again. Some people don't make it. You don't know which of these people you will be until you're at the end of your life and you either say, huh, this sucks, I should've lived to be 40, or you say, well damn, here I am in my old age, and I made it! The fact of my health right now is nothing more than that, a gift I am happy to accept, for now, for however long I have it.

And so, truth be told, many things are actually the same. In last year's Christmas blog I wrote: "There was a time back in May when I wasn't sure I would get to see this Christmas... I still wonder if it's my last Christmas, even though I know I'm not supposed to admit it." I also wrote: "I'm proud of some of the things I did. When I wanted to lose my mind, I just exercised. Compulsively maybe, but there are worse things." and "The one thing Gabe and I want for Christmas is the one thing no one can promise. We want for me to be done with cancer, to somehow know the unknowable. Because we can't have what we really want, we will be cliche and want what we have." and I noted that cancer "puts you in a deeper place, which is hard, especially for someone like me who is essentially light-hearted. I don't take myself too seriously, but I haven't found the levity in cancer, I'm sorry to say. It just kind of sucks."

All of that is still true, and I still feel all of those things almost every day. It's just a year's worth of days later. Of course, part of the underlying purpose of this whole online experiment in who out there could possibly give two shits what Katy thinks of her life, is that I have given myself permission to say things that everyone actually knows but people rarely say because it just seems too corny: the days are almost irrelevant; you feel the same throughout most of your life. At some point, you are formed, you are the essential version of yourself, and it's hard to pinpoint when that is. I think it's a lot earlier than we realize, and that's part of the wonder of time, it's the thing we always would like to know about ourselves that we in some ways have to rely on other people to tell us: Who am I?

I posted on facebook the other day the following status: "so when Lenny saw that Santa was in Helsinki on the Norad tracker, she pointed out that next he would be in Estonia (because, you know, she knows where that is), looked good and hard at his progress, put her fingers on the map to make a scale and mused: "Huh. I guess he should get to Chicago, what, around midnight?" Lord help me."

I realized at that moment, looking at the Norad tracker with my not-quite-six-year-old daughter, that we would always essentially be who we were right then: The nerds who have slightly unnatural conversations, who are surprised by and resigned to our mutual interest in each other as people. But I didn't write on facebook about how sentimental it made me feel, because no matter how often I put that out there on this blog, I still feel like an alien when I tear up over such things. That's just not me--it's not who I am, who I have ever been. And yet, there it is. Something has shifted, or awakened, and I am a little different than the old Katy.

But I digress (as I often do). As I looked at my daughter on Christmas Eve and thought about her future, what she might use her brains for, what she might achieve, all I could think was: I hope this is not the last time she uses her intelligence for something that actually matters. What grades, tests, achievements, scholarships, work or even fame could possibly be as important as staring at something that you know in your smart little mind doesn't make any sense, using your knowledge of things that should be beyond you to understand, and finding a way to believe in the magic you so want to believe in, so that you could be giddy and excited and full of dreams of reindeer before you fall asleep? I'll tell you, I'm no dummy myself, but that moment is it, that is what you need to know about life and what you should use to understand it--it's right in front of you when you're five, and you can't even see it.

When I was about Lenny's age my parents took me to see the play Brigadoon. I absolutely loved it and at the end told my mom "that was the best dream I ever had." I knew it wasn't my dream, I knew I was awake in the audience, but it was, on the other hand, wasn't it? That's it--600 days or however many, that's the best dream, the best magic, any of us can have. The most any of us can do is recognize it. I hope everyone had a Merry Christmas.
Posted by Katy Jacob at 1:37 PM