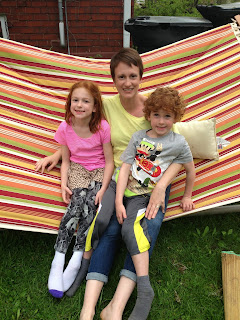 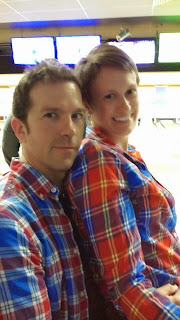 Five years ago, I began a countdown to today.

It wasn't that simple, of course. There were many shorter countdowns. Time laid before us in pieces. I got through surgery, surgery again, this chemo and that one, radiation, menopause, mammograms and follow-up visits. Each birthday, mine and my families', was a milestone of sorts or a reminder that everything is fleeting. Each holiday was marked: the first holiday since, the third holiday since. Everything was "after," everything was supposed to be acknowledged as time we might not have had.

Time is always time that we might not have had. 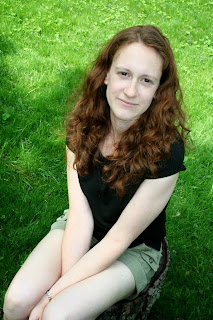 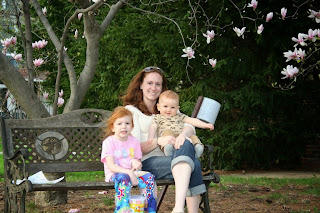 This is me a few weeks after learning I had cancer, and this is the last picture taken of me and the kids before my diagnosis.

But in the world of cancer, five years is put before you like it is everything. When statistics refer to "survival" for various types of cancer, they do not refer to the likelihood of the patient living a long and storied life and dying at 90 of heart failure. The "survival" statistics refer to five year survival rates. Living beyond that is apparently gravy if you have had cancer. That is a tough reality to face if you are diagnosed with cancer at age 34. Who wants to think that living past 40 is impressive? However, getting to that magical five year point can mean you get to use the word "remission" to describe your cancer.

But...there is no remission for breast cancer. There is only "no evidence of disease." That is another way of saying "you might have cancer, but...you never can tell."

If you like data, as I do, you might look into the survival rates and begin to understand what lies within them. There is survival, and there is "disease-free survival," which means you are not only alive five years later, but your cancer has been MIA that whole time. And so it is that when the statistics gods and the cancer organizations are rounding up the numbers, they can include me in one category of survival (because I am not dead) but not in the other (because my cancer came back). I am not the worst case scenario, but no one is trotting me out as a success story, either.

I don't want to be seen as a story of success or failure, at least not when it comes to cancer. My five years since diagnosis is important, at least to me, but not for the reasons you might think.

On the one hand, many, many people with cancer do not make it five years past diagnosis. I will never know why I am one of the ones who has made it this long, and I will not know if I will make it out of this cancer mess in general until I've either made it or I haven't, whatever that means.

On the other hand, if you strip away the cancer-related things, there are things that have happened in these five years that I'd like to celebrate. I have spent a lot of time in cancer treatment or recovering from cancer treatment or surgery. I have become more isolated, both by my own design and because some people became weary or wary of me, especially the second time around. I have changed, I suppose. I don't have the same body or the same hair or the same concentration or the same tolerance for people and things.

Cancer has happened over these five years and then it happened again.

But. Other things have happened. Five years means a lot to me. It means

my son hiding in corners soon after learning to walk; a black bear and her cubs looking at me when I thought I was alone in the woods; my daughter taking a video of me learning to ride a bike; learning to hold a plank on one arm; learning how to row a boat; learning; my husband singing "you make me feel so young" on karaoke night; the love held within a Bic and a can of Barbasol; the soft voice of a scan technician I would never see again; my twenty year struggle with birth control politics; not wanting to ask my son to give up his pacifier; my daughter acknowledging I will always be her mother, even when I'm dead; my son saying he wished we didn't have to die; a man I loved for years and a woman I had never met before taking pictures of my naked body; my daughter memorizing all of the lines for all of the parts in the preschool production of Wizard of Oz; my son becoming both impossible and good at everything; my mother telling me a joke about Emily Dickinson's chicken; my gynecologist telling me he loved me; an eagle circling over my paddleboat, trying to decide if I was worth eating; people I had not seen in 20 years who were so honestly happy I wasn't dead at our high school reunion; a man in our neighborhood working in his garden and handing my husband his yard's best flowers--for me; overcoming my fear of heights; waiting for an elevator; all of the unsolicited advice I've given to teenagers; my kids pretending to believe in magic they do not actually believe in, though oh how they want to; my kids learning to do seemingly everything; reading a letter to my daughter in front of hundreds of people on a stage; driving over bridges; meeting the woman who saved my husband's life, though he hadn't known he needed saving or that she existed; 100 million year old dinosaur footprints; taking my old hair out of a box and thinking, better it than me; the waves of Lake Michigan breaking over our bodies; the visitors from Europe who swore Lake Michigan was an ocean; the panic of getting a flu shot in the "wrong" arm; going through puberty...again; skipping rope; spinning; a cold that was just a cold; my husband falling off his bike while riding to the dentist's office during a blizzard; my brother turning his face away when the surgeon had me sign the breast he planned to amputate, to make sure it was the correct one; the cardiologist who cried; taking a new job in another state right in the middle of it all because hell why not; my husband comparing his vasectomy to a production of CATS; trouble breathing; hands; my mother admonishing those who find guilt to be a useful emotion; the woman in the filmstrip from the 70s who picked up and cut melons with her feet because she had no arms; the purpose of adolescent memories and fumblings finally becoming clear; power and freedom; health privilege; ghosts; hoaxes; resting my legs on my husband's lap in a crowded movie theater; dreaming that my son impregnated his college girlfriend; an albatross and a sunset; all the women in all the waiting rooms; swimming; doing things anyway; walking away.

The above is just a snapshot of some of the things I have written about in this blog, just words following words, of what five years means to me.

When my gynecologist saw me this week, he asked me how long it's been. Five years, I said, almost five years. Not quite two since the recurrence.

He nodded. Right, he said. We're getting there.

Five years of survival. Those are words to add to the words. All of these words, that took five years to say. 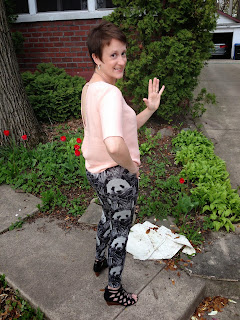