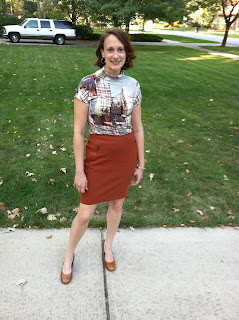 At what point do you consider yourself to be an "adult?"

Tina Fey hilariously said that the moment you reach adulthood is a complicated thing but that for her and her friends it mostly boiled down to "men yelling shit from cars."

I laugh, but was I really an adult at 12 years old? No, I don't think so. I think I was an adult before I even technically lost my virginity at 17 (remember when you were a teenager and oral sex "didn't count?" As an adult, you know that's ridiculous and then you adjust your math, so that your sexual coming of age gets lowered to 15). So, that's not what makes a person an adult. Adult situations do not equal adulthood. "Animal house" culture can attest to that.

Is it your first real job? And what is a real job, anyway? I've had jobs since age 11. I worked as a secretary/receptionist/package girl when I was 16. I worked for food money, to help keep the lights on, not just so I could go waste it on some nonsense. I worked at a daycare at age 15 and took care of legions of children for $2.25 an hour. So there's having a career, and some people think that's what makes you grown up, but having jobs that enable you to buy clothes and food and pay bills is also "adult." On the other hand, being a research director at age 29 or traveling the country speaking on panels at age 24 or turning down a job making more money than you had imagined at age 28 is adult as well, especially when you are the youngest person by decades in that situation but you still know how to hold your own.

Is it your first apartment? Well, that depends. How many roommates are involved? Was I an adult at age 22 when I had my own apartment, by myself, because I took a second job as a building manager? Yes, I was. But I had BEEN an adult. For years.

I remember being 15 years old, and it was just my mom and I in the house for good, and one day she asked me if I wanted some coffee and I said yes, and it wasn't drinking the coffee that made me feel like an adult, it was sitting there in silence reading the paper and then talking about stuff that needed doing. 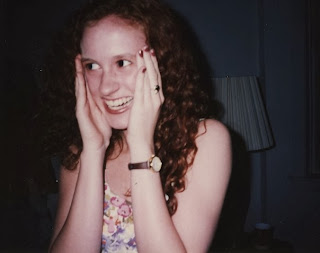 I remember being 16, and walking home from high school and doing my homework. My mom was usually home by 5. So it was 5, then 6, then later. She wasn't home. She hadn't called. I tried her work and she wasn't there. I thought about the stalker I had had earlier that year, some kid we couldn't recognize through his drunken enraged phone calls, the lewd things he said about my body, the fact that he knew what route I took to walk to school; I thought about how the police did nothing but practically roll their eyes about the whole thing. I was worried. There were no cellphones. I envisioned all kinds of horrible things. Eventually she arrived, opening the gate in the back yard as if it were every normal day. I ran outside, she saw me, and she realized what had happened; I could see it in her face. I screamed at her: "I was so worried! You didn't even call! Where the hell where you?" And she sheepishly apologized and explained she was just talking to friends.

I was an adult, right there.

Adulthood is accepting and claiming responsibility. It is being self-sufficient, but even more than that, it is looking out for others. I was an adult in college when I told my roommate that I didn't care who she was sleeping with, but she needed to tell me if she was coming home that night or not, so that I would know she was ok. I was an adult when I saw the look on her face that told me how glad she was that someone gave a shit about her.

I was an adult at age 17, driving my grandfather on errands with my keys swinging from a keychain that read "no condom, no way."

I was an adult when I decided not to apply to the college I really wanted to attend because I knew we couldn't afford it.

I was an adult when I taught my daughter to read and jump rope, when I let her take the video of me riding a bike for the first time at age 35, when I taught my son to throw a spiral and sit on his behind at the dinner table and when I realized he too could read, as long as it was about football or something that interested him for more than a minute.

I was an adult when I took a chance on a guy, and found out he would stick around through all this crap, for almost 11 years now, and counting. 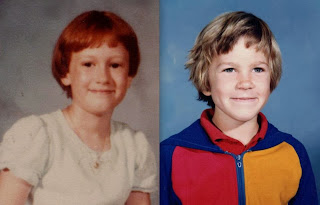 I was an adult, in some ways, since a child, keeping things to myself, handling things, taking care of business, not expecting or desiring help. I was an adult at age 15 when I did perhaps the bravest thing I have ever done. What made me an adult right there was putting aside my own feelings and fears, and saving another person though it was the last thing I wanted to do.

I was in love with a man for years who would tell me that he wished he had known me as a child, because I was just so...OLD, so grown, and what would I have been like in my youth? This man began dating me when I was 17. He still saw me that way, as the girlchild who did things her way and for whom "youth" was more of a timeframe than a lifestyle. We would go to the party together and he would drive me home early, and go back himself, and we would have this conversation that went like this: ok honey, be home before 4 so I don't wonder where you are, and he would say yes baby ok, I will see you soon, and we would later make love and make pancakes and do chores and we were all of what, 21 and 23?

I remember my mother telling me how much she enjoyed being an adult, that she loved to balance the checkbook and pay bills and do the taxes and cook and just be responsible for everyone, that it was a liberating feeling. I thought that was interesting when I was 5.

By the time I was a junior in high school, I agreed with her, because I was doing it...I was grown.

I saved money, bought myself a condo at age 25 and put myself through graduate school--debt free, mind you--all while earning $27k at a nonprofit. I never liked the bar scene. I never liked the dudes who tried to pick me up in various places. I never did things that were too crazy. I figured crazy shit was just bound to happen, so why bring it on myself? Life was interesting enough, just the way it was.

I do not believe that surviving adversity makes you an adult. If that were the case, I would have been a legit adult before I turned 10. I also don't believe that dealing with multiple forms of adversity takes away from the impact of the original trauma. Perhaps it would be a case of "surviving" if you endured sexual abuse just once, but if it happens much more than once, do you lose that moniker? What about having cancer at a young age not once but twice? Does that make you wizened, or just hopeless, that strange woman no one wants to face or acknowledge? 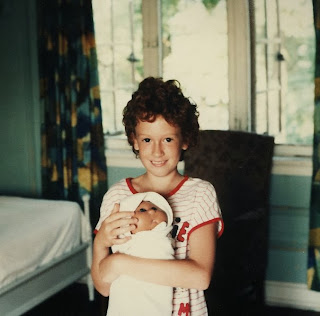 I have said it here before: I don't understand why people think cancer patients are brave, or inspiring. Some shit happens, and you take care of it. You hope it ends well, but you are old enough to know that might not be the case. You are too grown for magical thinking; you can't remember a time when you had it, actually. The time that has passed since you received this news is just that: the time that has passed. Three and a half years. You are not done with it. You might never be done with it, until you are done, forever and for good. But you cannot live that way, because you owe some normalcy to others. Others who are smaller than you, or younger, or less sure of themselves, others who still rely on you and take comfort in the protection you offer, and even in the notion of you being YOU.

Being an adult means this: putting one foot (or whatever you've got) in front of the other, and walking with your head held high, all the while looking behind you, or underneath you, or in front of you, looking for those who need saving more than you do, because some of those people are right next to you and some you have never met, but they are there, and when you're grown, you can see them everywhere, no matter what has happened, no matter what might happen, no matter what you will never live to see. They are everywhere. And you smile at them, and keep going. 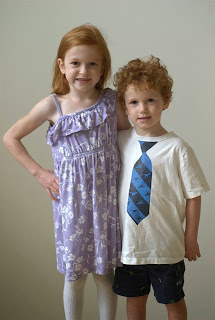