I am not in a very good place today. So, if you are looking for an uplifting cancer post (I still don't understand for the life of me why essays about a potentially terminal disease are supposed to be...happy), this probably isn't for you.

I'm sick. I ate some curry yesterday; I had a normal appetite, and there was severe weather with tornadoes touching down close by and time spent hunkering down in the basement with the kids playing fusbol and I just didn't feel like cooking so we ordered in. And then today, I think I have lost two pounds from sickness. This is not food poisoning. This is chemo. I don't know what to eat anymore. I will eat pizza and assume I will get sick and it doesn't happen. Then I eat something that I am normally fine with and get sick as a dog. Most of the time, I am making dinners like baked salmon, cous cous and peas, which is what we will eat tonight. I have always been a person with pretty healthy habits, though I do like my dessert when it's there. So please don't tell me that I have cancer because I have been known to eat pizza. (I hate having to say things like that over and over again, but I am just plain tired of people constantly implying that cancer is not a disease at all, it is just the culmination of all the bad habits we cancer patients supposedly had in the past. I didn't have them, people. A lot of us didn't. This is cell biology gone wrong). And I am extremely busy at work, and with my kids, and I'm just...tired. I actually decided to take a precious half day off this afternoon because of all this; given that I just started a new job on Sept. 1, I don't have many of these days at my disposal.

So feeling sick is getting me down. Not having my period this month is getting me down. But I am also jut having a few days in which I'm feeling down because I am dealing with a heavy load of bullshit, whether I am supposed to admit to that or not. Last night while Gabe was giving the kids a bath, I was downstairs listening to music and I started "crying" which is not normal-person crying but Katy Jacob-crying, so there were a few tears in my eyes that couldn't figure out how to fall. After putting the kids to bed, I told him why I was upset:

"I'm probably just not going to live very long, am I?"

And of course, he didn't know what to say. 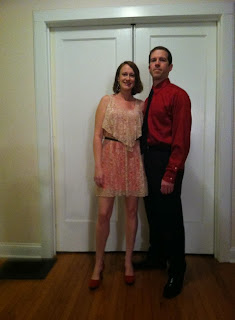 This sentence that I said to my husband, who just kissed my hand and sat there looking silently crestfallen, falls in a long line of sentences that are supposed to be unspoken. I have uttered many of these here and out loud in my real corporeal life. They include the following:

No, I don't want you to have a vasectomy. You are a young man. If I die, I want you to be able to have kids with someone else.

I don't believe this was part of any plan. I just think that shit happens, all kinds of shit.

No, I really don't have any of the risk factors, lifestyle, genetic or otherwise, that are known for this disease. And yet I got it anyway. Twice.

The statistics that are thrown out there are lies. Stage 1 breast cancer might be known for 95% survival rates, but that is not true for triple negative disease, and that statistic is a 5 year survival rate only. As many as a third of women with early stage disease will develop metastatic disease, and all of those women will have incurable cancer. I could be one of them. Easily.

Being thin and extremely active and healthy in all other aspects of my life and doing a shit ton of toxic chemo and radiation did not kill my cancer. Neither did acupuncture.

Being young, especially under age 35 at first diagnosis, makes my prognosis much more grim. Not being BRCA+ is probably another negative in my situation.

This is not about being heroic or being a bad ass. This is about survival on the most basic level.

It's very hard to be in this situation with young children. Other people long for the past when their kids were smaller. I long for the future, for choosing high schools and colleges, and weddings and first apartments and even grandchildren, but I often imagine these things without myself being in the picture. I just think of the future they will have, with or without me. And it's hard. I also imagine the other partner or partners I hope my husband would have, and I try not to think about the effect my premature death would have on my mother. 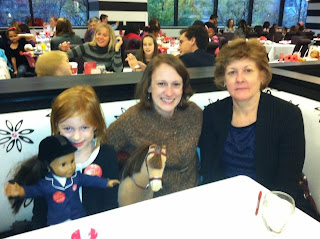 This is not my first flirtation with death. It is my fifth. I have been close to death five times. It is, as they say...enough.

I've got a gun at my head, all the time. The first question is whether the man holding it (I always imagine that it's a man) will pull the trigger. The second question is, if he does, how long will it take to die?

I hate putting disclaimers in my blog, like the following, but I feel some obligation to do so, because otherwise people will shun me. It's just a fact:

None of this means that I am a depressed person sitting here thinking dire thoughts. Most of the time I am watching football, working, telling my kids to get shit done, chatting with friends, cooking, going to the gym, not thinking about cancer at all. But these unspoken words and sentences can be like an albatross around the cancer patient's neck. No one wants to hear it, but it's hard to just keep it all in your head. So you just need to cut off the albatross' legs and listen to it scream.

That's it. That's all I've got today. Wounded birds and unspoken thoughts, both being released into the cloud. 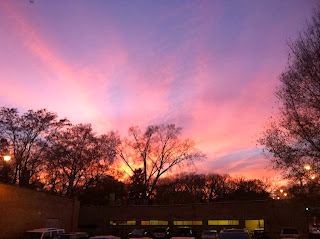