Day 690: Going Through Puberty...In Your Thirties 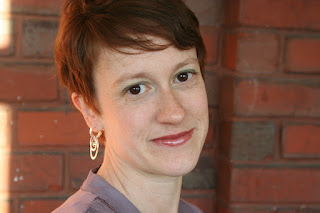 So, I’ve been thinking about writing about this forever, but it just seems too absurd to even put out there. And yet, that’s why I do this, right? I write this blog to bring a little bit of the absurdity of cancer into the consciousness of some portion of the general public.

Today I’m going to tell you what it’s like to go through puberty. When you’re in your thirties.

I had a fairly mellow real puberty experience a quarter century or so ago. I was a major tomboy from the age of 8 to about 12, but I was pretty comfortable with myself at that time. I resented my mom for making me buy a training bra when I was 10 (I mean, she stopped wearing them when she was 17, so what the hell?), and I found it more than a little annoying when I got my first period a few months shy of my twelfth birthday. I read all those Judy Blume books and didn’t relate to any of them, except maybe Tiger Eyes, because the girl in the book had some legitimate problems. Even Forever seemed cheesy, and I knew I didn’t want to ever have sex with boys who named their penises and expected me to use said names in conversation.

I wore some strange clothes in junior high, in part because it was the late 80s, and in part because I was figuring out how to actually dress like a girl again. I liked boys who would never like me back, and I was vague and indifferent to the ones who did like me. I would give anything to get a little bit of my dating haughtiness back from the golden ages of 12-14. I would say things to boys like “I don’t want to talk to you on the phone right now.” “I’m sorry, I don’t like you that way.” A boy would say please, I would say no. When did I learn to hide my feelings and lie?

But I digress. The point is, I went through the horror of 8th grade like everyone else (I think that’s the nadir of American children’s lives), and yet my awkwardness was relatively muted. I was pretty comfortable with my body and saw no reason to either hide it or show it off. I dated a lot, and almost all the boys I dated fell into the category of “kids who were so nice to me their friends made fun of them.” I liked fooling around and eventually I liked having sex and I never felt any regret about the things I chose to do or not do. I never had acne. Shit, I never even had bangs. I look at pictures of myself from that time and I look shockingly normal, given the fashion trends in the early 90s.

I did have some issues—my periods were so heavy that I was anemic in 7th grade and was almost put on birth control pills to help, until they realized that would interfere with my epilepsy medication. I got sick every month, and my cycles were long. But I never had any PMS (just violent vomiting for a day once my period actually started), my moods were fairly constant, and transitioning from being a girl to a woman was neither difficult nor surprising.

Then, I went on the pill when I was 18, something I would give anything to do over, given how sure I am that 11 years on the pill eventually led to my contracting triple negative breast cancer, but again I digress. My cycles suddenly became regular, short, and painless. I never got sick. I didn’t gain weight—well, not right away. I think the pill made me gain 15 pounds or so, but it took several years.

Then, fast forward. I went off the pill at age 29 in order to conceive a baby, and it worked. A few months later, Lenny was growing in me. I have never gone back on the pill, but of course I spent much of 2005-2010 either pregnant or nursing, so I had no idea what a “normal” cycle would be for me. When I began having normal, regular periods when Augie was less than 3 months old, even though I was exclusively nursing him, it seemed strange, but I figured what the hell. Let’s see what happens when I stop nursing.

I never really got to find out. I was nursing, then I found out I had breast cancer, and within four months I was in chemo-induced menopause. IT hit me like a truck. I literally had hot flashes every ten minutes all day long. ALL DAY AND ALL NIGHT, I would feel that fire tear through my body. I lost my natural lubrication and sex, while possible and eventually pleasurable, was depressing to me. Sex had always been so easy and so fun for me, I was more like a guy than a girl in the way I perceived it. I thought about it all the time—until menopause, when I never thought about it at all. How can hormones change your actual thought process? I never would have believed in the close mind-body connection of sexuality if I hadn’t seen the disastrous effects of menopause on my body and my desire. Menopause depressed me so completely. And then, it left me—so completely. I was desperate with hot flashes and sadly missing my sexual mojo when BAM. I was back in business.

And I started going through puberty.

You might think I'm exaggerating, but think about it. After Augie was born, I lost weight like crazy, and I've been hanging out in this size 0/size 2 reality ever since. Because of this, I shop in the juniors department at my local department store, where the salesladies have taken to setting aside size 26 Silver jeans for me. I think they like talking to people who don't have to come into the store with their mothers. Look, she has her own credit card. Go help her! God knows I need it.

Plus, I have new hair, and people treat me differently. I am like a tween in my bathroom, awkwardly trying to figure out how to use a straightening iron. After being bald and generally not worrying about what people thought of my looks, I am surprised when I get attention from men. And it's an adolescent surprise, full of flattery and pleasure but trepidation and suspicion as well. It makes me feel 14 again. I am in better shape than I have been in years--I might be in the best shape of my life in some ways, with my relative musculature and strength given this petite little frame. And yet I feel unsure of myself. I worry that I am too fat, or too skinny, or too something, which I never have really worried about, at least not for more than a fleeting minute. I look at and feel my breasts a lot, not to try to detect cancer, but out of some kind of absurd appreciation for what I've got left.

Anyway, for the last year, I have had periods every 24-28 days. These cycles are shorter and more regular than any I have had in my 25 years of menses. They are completely different, as well—the pattern of bleeding is very consistent but nothing like what I have ever had before in my life. Add on to that the fact that for the first time—EVER—I have every PMS symptom you can name, and it’s like 9th grade up in here sometimes.

I gain 3 pounds in the week before my period every month and my clothes don’t fit right. Then I pee nonstop for 24 hours and it’s all good. I get bitchy, or I yell at Gabe for no reason, or I start to cry on the train, and it’s like a little hormonal alien has invaded my body. I get headaches the day before my period starts, and I have a night of almost complete insomnia (with less than an hour of sleep) like clockwork once a month. I have bad cramps on that first day. My libido, which was always fairly constant, disappears for several days about a week before each cycle, and then comes roaring back and for most of the month I’m like some kid who’s discovering how awesome sex is.

Oh wait, I am actually that kid, because I had six months on the other side, and now I’m trying to make up for it.

But again, I digress.

I am too old for this shit. Pregnancy hormones, fine, I can handle that. It’s expected and you can talk to other moms about it, because everyone goes through that to some extent. But who do I talk to about this? How do I get used to new cycles, new hormones, new patterns that disrupt my life WHEN I AM 36 YEARS OLD AND I SHOULD HAVE BEEN DONE WITH THIS 20 YEARS AGO?!

I mean damn. My oncologist always asks me if I’m still having cycles, and he always seems surprised when I tell him how freakishly NORMAL everything is. “Well I guess we reset you with that chemo!” Ha ha, mother…

You know what I’m saying.

Every month it’s new to me. Every symptom comes as a surprise, and I feel ignorant, and young, but not in a good way. It’s just another sign that I’m not used to my body—the body that I have always felt fairly at home in, no matter what it was doing to thwart me.

I’m starting to get it, starting to adjust to this new normal, but it’s tough. Cancer brings you to these weird places, because you can’t appreciate things in the same way that other people do. I could be happy with the regularity of my cycles, with my raging hormones, but it just makes me worry that somehow that will trigger cancer cells to blow up on me again. I worry that my cycles are short and that I have more periods every year than I should have. I think about menopause, about how awful it is, and that Flowers for Algernon feeling comes back to me and I want to rage against the possibility that I will deal with that again in 5, 10, 15 years, that I will lose all of this.

You don’t ask that if you’ve had cancer. Everyone who is a survivor needs to be able to think like you do, that those 10 years will come, and we will still be here. If we didn’t think that way, we would be insufferable to be around. And yet…we all acknowledge that those years might not be intended for us. We acknowledge that while others go through middle and old age, we might not get there ourselves.

We know that most people don’t think about dying while they’re going through puberty.

So what is there to do but laugh? I’m in on the joke, but you can see it, can’t you? There’s something there, behind those eyes, something that knows that it’s funny and knows that it’s not. I’m just doing my best to live inside that something.
Posted by Katy Jacob at 11:55 AM