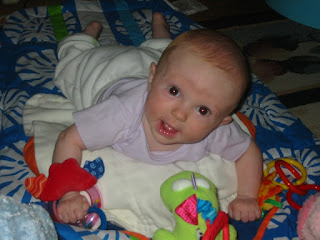 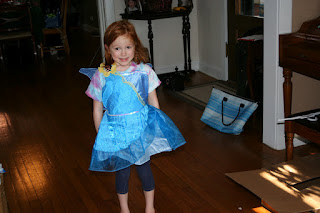 Today my daughter is six years old. For as long as I can remember, I wanted to have a daughter named Lenny, even when I didn’t know if I wanted to have any daughters or sons at all. If it was good enough for Stevie Ray Vaughan’s guitar (or more accurately, if he had the good sense to marry a woman named Lenny and then rightly name his guitar after her), it was good enough for me. There would always be a song for her, this unborn daughter, a song full of tranquility and romance and joy. Luckily, I had the good sense to marry a man who was all right with this reasoning, and then, on March 8, 2006, after hours of torturous pushing and more than a month of frightening bed rest, I became Lenny's mother. And as every parent knows, at that moment the world turned upside down.

Last year, I wrote Lenny a letter for her birthday, a letter I have yet to allow her to read. I was still steeped in the notion that I might not be there to witness many more birthdays, and so I said many of the things that I wanted to say, many of the things I wanted to be sure to tell her if I didn’t otherwise have the chance. And then, a year passed, so quickly and seamlessly it was as if we were floating across water.

Of course, it wasn’t really like that. The last year was full of change, full of surprises. Right around this time last year I came out of chemo-induced menopause just as suddenly as I was thrown into it. A few months later, we bought a new house. We began to live as if that’s what we were doing, living a young family’s life. And then, all of a sudden, my tiny girl turned six. Six! The age I was when I was diagnosed with epilepsy, when I tried to find religion and failed, when I befriended a little girl who became my soul mate and then moved all the way across the globe.

Six is an age that should be simple in a world that is always complicated. For adults, time and change are amorphous creatures. I think about the big events, and those mark time for me. But for a child, it’s different. I mean, at what point did my daughter become obsessed with weather? When did she learn the location of every country in the world? How did she suddenly know how to do division and sodoku? Is it possible that my little girl was able to fall in love with a boy five years older, and that it would be something approaching real love, full of looking wistfully out the window and awkward giggles and misplaced enthusiasm?

These things happened so quickly and so gradually that it just seems as if they have always been. It seems perfectly natural for me to hand my daughter the newspaper and have her tell me, “mom, I think the winds are going to be strong out of the southwest today.” Lenny has become the calm one, the rational one, the one who follows instructions and is thoughtful about things and careful with other people’s feelings. She has tried to create order where her brother has created chaos. And I already find myself wondering who she really is, whether she has created multiple Lennys for a variety of situations, and if she is only choosing to show one of those Lennys to me.

In some ways, that is what we all do. I know when I was a child, I kept so many things to myself that my interior life probably bore little resemblance to the face I showed the world. I rarely asked for assistance of my parents, rarely related the tough situations that happened at school or in the neighborhood to them. Thinking back, I rarely even discussed those things with my best friends. It was as if I needed to be able to take care of myself, and I didn’t want others to have to look out for me, so the world was wider and wilder than it needed to be.

Oh Lenny, how I hope it isn’t like that for you, and yet how I hope you know how to handle yourself if it is. This world today, even on this International Women’s Day, is so hard for little girls who will one day grow up to be women. It always has been, but we give ourselves this hope that things will change, that things cannot possibly be as difficult for our daughters as they were for us, and by God surely they can’t be worse. I find myself getting angry for you in the strangest of circumstances:

--in department stores, where I find hip-huggers for three year old girls and t-shirts for toddler boys that warn parents to hide their daughters

--in doctor’s offices, where I am often treated as if I am your age

--at meetings and conferences, when I am one of a handful of women in a room full of men (and I notice that I am the only one wearing a skirt and I wonder if that somehow makes a difference)

--on the street, when I notice cars slowing down to look at me, or, worse, at you

--at the pediatrician’s, when the doctor remarks at how smart you are, how above the curve you are in almost every sense, until he weighs you and remarks that perhaps we should be concerned, you are only 2nd percentile (so am I Doc, what do you want?)

--in bed, when your father reaches for a condom and I wonder if you will ever have to fight with a man to get him to do that

--at the gym or the pool, where so many women seem self-conscious, in such stark opposition to you, a girl who is just happy to be moving, playing, swimming

--in my office, when I get ready to leave at 4 so that I can see you, knowing that I have sacrificed some lifelong earnings for that privilege

--on the train, when I read the news, and I see how women’s bodies dominate our collective thoughts

--at the dinner table, when you flex your little biceps and I laugh and am proud of you and then I think about how I never want you to have to use those muscles to protect yourself, knowing all the while that you will

--in the park, when boys get away with inexcusable behavior because they are boys, and other parents look objectionably as you do flips on the bars in your dress

--in your room, where you constantly ask me what everything means, even if you already know, and I begin to wonder how I will ever explain certain concepts to you in the way I would like you to understand them (e.g. so-called "virginity:" Lenny, shake my hand. Now look, you can’t have it back. That’s right, that’s ridiculous. What do you have that you can give away and can’t have back? Nothing. You can’t give away a part of yourself. You can just decide who to share it with, and when, and how.)

--in the shower, when I feel my left breast and rinse my short unruly hair and hope against hope you never have to do what I’ve done over the last two years.

And so it goes. There isn’t much left to do but turn anger into hope, and turn resignation into faith in your abilities to adapt and thrive. So for my daughter, a brilliant and funny and empathetic and beautiful little six year old girl, I wish for the best of birthdays and a hundred more. I wish for the opportunity to spend many more of those birthdays with you. I wish the world was an easier place. In the last six years, you have definitely made it a better one. 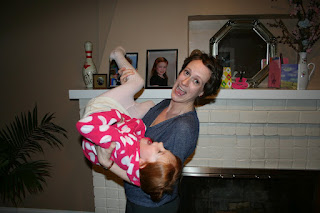 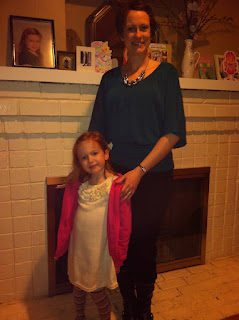