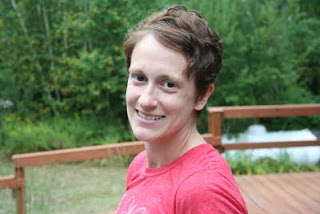 I've never done this before--written a poem and put it out there for folks to read the same day. Shit, I never show any poems to anyone, as evidenced by the fact that Gabe has been wondering what the hell I've been doing for the last several hours with a notebook and pen in my hand.

I am posting this because I was going to write a blog about how I realized on our way up north that I am no longer afraid of bridges. I couldn't figure out how to do that in a blog though, so I did this instead. A few of you out there might appreciate this; others might think I'm pretty strange; and others probably just don't like poetry, which is ok too.

As a child, I loved heights—I liked to feel tall,
to lord my tiny body over the world that lay below me in miniature.
I can remember exactly when the fear came,
in a dream, when I was about ten.
My family rode in a car made of cardboard and kickplates,
and that car became an airplane, and that airplane broke apart
and I fell, slowly, with that viscous trudge that only happens in dreams.
I fell towards the water, reaching up, and I heard my mother scream to me.

I woke up shocked, to a new world
where I needed to be close to the ground.
Maybe that was the moment when it started,
my coming of age, with a crash, in a dream.
I learned to be cautious when I would have been curious,
the cliffs I would have peered over with fascination
had to suffice from a distance,
and things that were beneath me were just that.
I started to love cities for the wonders they offered when looking up.

But as all adults know, the things we fear are too often unavoidable.
I had to find ways to bear them, even in my beloved cities:
The glass elevators, high floors where meetings took place,
sewer grates, real airplanes and bridges—especially bridges.
These were things to get over, with a shudder, hands clenched.

Time kept passing, and I realized at some point that I had become
the miniature in photographs that other people took from up high.
Soon enough I became something else too.
No longer a passenger, I was the one in charge,
I was the mother driving the car over
the seemingly endless Green Bay Bridge
on the way to our peaceful vacations in the north woods.
I knew enough by then to keep it to myself, to stare straight ahead,
shut out everything but the path in front of me and get us home.

For six years I crossed that bridge, eight times a year, maybe a dozen.
Then we had a year without bridges,
when there seemed to be nothing to cross but the next cross to bear.
In that year, I aged ten, stared death in the face,
and found youth again, somehow intact.

I circled back to myself, but not before reaching up to my mother,
not from a car or an airplane but from a house,
a cozy brick structure that she swears she will never miss
since she cannot seem to shake the image of my face
as I left to discover what little I could of my fate
one early morning while she screamed out to me,
but silently, not in a dream.

The years since that dream have passed;
so it is with the seasons that lead us across the great bridge yet again,
towards the place where we go to get away from our regular lives.
Somehow, it’s my turn, as it’s always my turn, to drive us over.
I find myself singing along to the radio this time,
switching to the next song, correcting my grip for the wind,
passing on the left, pointing out the gorgeous bay,
excited by its expanse, telling the kids
if you didn’t know it was a lake you would think it was an ocean.
We are miles away before I realize what has happened.

I had a dream that lasted twenty five years.
Though I cannot imagine what it would entail,
I do hope to have another.
Posted by Katy Jacob at 11:29 PM