Day 511: To Forgive and Forget 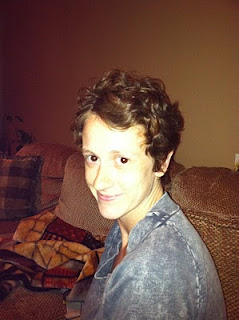 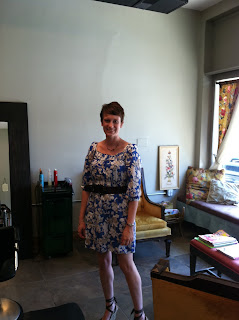 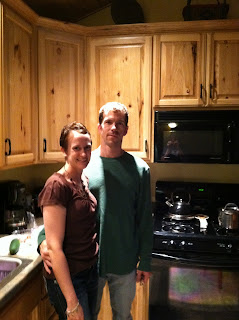 Right now I kind of wish I could give myself a swift kick in the ass. I'm really mad at myself, or maybe I'm just mad at cancer, or at doctors, but I'm mad. I went to water aerobics and was talking to a woman who was only using one arm during the workout. She told me she had broken it a while ago and was still on restrictive use. I said, yeah, it takes a while; it's been a long time since my surgery and sometimes I still can't do things with that arm. And then I looked at my bare left arm with the chlorinated water covering the bandage by my tricep, and I thought holy shit. What did I do?

I got a flu shot today, and when they asked me which arm, I thought about my right-handedness and said, the left, I guess. Somehow, some way, I forgot--I actually FORGOT, about that whole breast cancer thing. I forgot that I'm never supposed to get a shot on that side, not for the rest of my life. I forgot it could potentially cause lymphedema. I just wasn't thinking about cancer at all.

Now my arm is really throbbing and stinging and I'm paranoid about it. I'm pissed at myself, but also at my doctor's office to some extent, since they are all affiliated with Northwestern and I wish that showed up on my chart so I could be a regular person and forget something and not suffer physical injury for it. Couldn't the doctors keep tabs on that in this digital age? Every damn thing about me is in their computer system. Ugh. Mostly I'm pissed at cancer, and how I can still be doing normal things, and I can finally be in a place where I don't think about it most of the time, and it can come back to bite me in the ass with some potentially devastating consequences.

It reminds me of something else that pains me every time I think about it. Back when I had that terrible mastitis, I was desperate to figure out what caused it so it wouldn't happen again. It wasn't just because of the excruciating pain, or the high fever and intense body aches caused by the infection, that I wanted to avoid it. After having breast cancer, it was terrifying. To all of a sudden have a rock-like growth emerge in your breast, and then have that breast grow to twice its normal size and turn red and hot, was extremely disturbing for a woman just two months or so past cancer treatment. On top of that, mastitis is dangerous--if your fever gets too high or you let it go too long, you can end up in the hospital for days getting antiobiotics through an IV so the infection won't kill you. It's serious stuff.

I asked several times if it was caused by working out and was told absolutely not. Other women with similar issues said that it could be caused by anything, by getting a cut on your finger and having the infection travel to your breast. One doctor told me that catching a cold could cause it. That all seemed crazy to me, but what did I know? Finally, my surgeon asked me if I had been somewhere in the heat, said they don't really know what causes it. I was vexed by this. There had to be some reason for it. My surgeon was looking hard at me, and then she said, look. I think I know what it is. I see this all the time, but no one talks about it. We'll never know for sure, but it's probably due to sex.

I looked at her blankly, couldn't put it together. I said wait, I don't understand. How can that be related? She sighed, and said, the mouth carries lots of germs. It's probably from your husband kissing that breast. You don't have as much lymph on that side of your body, you just recently finished radiation, the scar leaves you vulnerable. It's not his fault, it doesn't mean he isn't taking care of himself, that's just how it is. Women go through this but they usually don't want to tell me about it. I thought holy shit, are you kidding me? Why didn't YOU tell ME? You'd think when a 34 year old comes in with breast cancer you could tell her at some point that in a moment of intimacy her husband could inadvertently cause her serious harm? Is it better for doctors to avoid awkward conversations or for him to not have to live with that guilt and me with that pain?

The irony is, we had just kind of gotten back to normal, even though I was still in menopause at the time, but my skin had healed beautifully from radiation and I was OK with being touched on that side again. You'd think we could enjoy each other without serious injury looming in our bedroom. And unfortunately, it still looms. Gabe forgets sometimes, and I have to slap his face away, remind him I do have another one, after all. What crap though, what a bad time to be reminded about cancer. Just like I hate being reminded of it when my crazy rough little son is climbing on me, going nuts, shouting about "motorcycles!" and "ooh, ooh, mommy, BIG DIGGER out in the street!" and "I'm a grumpy old troll, don't cross my bridge, be sad mommy!" and suddenly I am doubled over because of the pain in my chest or my breast from where he accidentally hit or kicked me.

So right now I'm just mad about breast cancer and the things I am supposed to remember to do, though I'm sure I'll be over it tomorrow. Don't get me wrong, there are many breast cancer precautions that I have completely ignored and I don't feel bad about that at all. I couldn't listen to most of the lymphedema-related ones, not with my life. I couldn't stop carrying my kids, couldn't stop being active or lifting weights on that side. I refused most of the side effect drugs for chemo, I figured out my own nutrition needs, I haven't turned into some macrobiotic vegan. But shit, I thought I'd be able to remember this--I don't get shots that often, and the flu shot's just once a year--it shouldn't be that hard.

I'm human, and I don't have a lot of vices, or really any vices, not any good ones, anyway. Forgetfulness can be forgiven, but it shouldn't have such potentially dire outcomes. Hopefully it won't turn into anything, but I just can't believe I forgot. Maybe that says something though--maybe that's some kind of progress. It hasn't even been 17 months since this all started. Maybe I shouldn't be mad at myself, but happy. Happy that I finally had that afternoon where cancer was so far away that I forgot it was there at all. It had to happen sometime, and timing was never my strong suit, so why not in the doctor's office while I roll up the sleeve of my shirt on the cancer side, thinking nothing other than "huh, nice job, I didn't even feel that."

In the meantime, before I forgive myself this trespass, I guess I just need to let it go and focus on what matters, like how curly my hair really is, and how there must be a hairstyling god somewhere that can make it look straight and chic, but I am not that powerful. Nope, not me. I'm just human, after all.
Posted by Katy Jacob at 8:42 PM