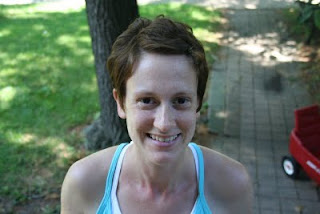 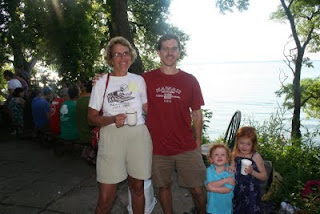 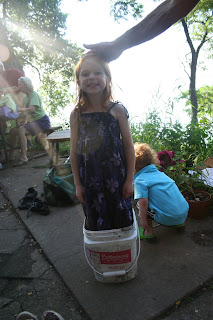 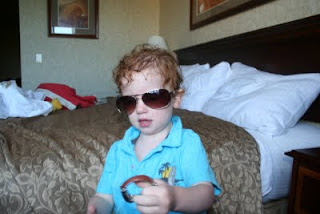 Once again life has just kind of gotten in the way of blogging. We are getting ready to move over here, having decided that whether or not the house is actually ready for us (we still have one huge remodeling project that may or may not get done before we move, and a million smaller things to do), it's just too hard living in two houses. We still haven't sold this house, and we might need to resign ourselves to renting at some point. We're still hopeful though. We love our house, and we've put a lot of work and love into it, so someone else should see that too, right?

I don't really know how to feel about moving. In a basic sense, I absolutely hate moving. I hate packing. I hate how you realize how much shit you have. I worry about getting used to a new place. Specifically, I hope it's not too hard on the kids, even though we're only moving a few blocks away. It will still be different--different rooms, no friends right next door, a different yard. On the other hand, I love decorating a new place, figuring out where everything will go, seeing what was once a fairly desolate looking space turn into our house, the place we plan to live for a long time, especially if folks like me actually live for a long time.

We've been so busy it's been hard to connect with people. I'm working full time now, no Fridays off, and that's been a bigger adjustment than I expected. I'm still figuring out my job and that is somewhat stressful. We're always running between one house and the other. We try to take the kids to the pool, take them out for ice cream, let them catch lightning bugs. But getting them together with friends after school is hard to coordinate, and hell if we ever figure out when to see our own friends, or if we still have friends. I know we do, but lots of time goes by when we just have this little family unit and that's the world for us outside of school and work. We get so exhausted that after our next Home Depot run or after Gabe moves some ridiculously heavy toilet or vanity or marble counter top all by himself into our big rambling house, we collapse and watch some stupid shit on tv and fall asleep on the couch. I can't say I call people often, though I know back at New Year's I said I would. So it's nice when people find us, reach out to us, and it has nothing to do with cancer or asking how I'm doing or commenting on my haircut. It's heartwarming when people wonder about you, think about you when they could think of so many other things.

Several weeks ago, Gabe received an interesting email, asking him if he was the same Gabe who lived in a co-op in Madison, WI when he was a baby, in 1975 or 1976. The email said, if this is not you, please ignore it. If it is, I want you to know that you were the most beautiful baby I've ever seen, and I wondered what happened to you, and we are having a 40 year reunion for everyone who ever lived at the co-op.

Now, Gabe is hard to find online. He's not very "google-able" and he likes it that way. I on the other hand am way out there in cyberspace, ruining his game by putting pictures of him on here and everything. But somehow this woman found his work email address. I said whoah. We have got to go to this thing. The story of Gabe living in a commune (that's what it is to me) in Wisconsin as a baby, of his mom going to a different commune in the country to give birth to him since they had a midwife there, has always been entertaining to me. Then this woman finds him out of nowhere, must have been thinking about him on and off for the past 35 years, wondering what became of him, if he was still alive, and all of that. That's just too good.

So we went. We stayed in a hotel right near the Capitol, took the kids to the pool, got some sausage and brats and drank some Wisconsin beer. Then we took a walk over to this beautiful rambling building right on the lake and people looked at us like, who are these squares walking around here? Why did they bring their loud little kids? Gabe walked up to a guy and started talking to him, and he said right away, wait, are you the son? Are you Gabe?

All these people who floated in and out of this place, which seemed trapped in time somewhere in the middle 70s, and Gabe picked out one of the two people who lived there at the same time as him. This guy then found Lucy, the woman who had looked for him, and we spent the rest of the evening talking to her. I asked her to pose with Gabe and the kids. She was just so genuinely happy to see him and see that he was all right, that he had grown up and had a family. It must have been strange to help care for this baby, see him start to crawl and learn the things babies learn, and then see him leave, and never know anything else about him all of a sudden.

It was fun, and interesting to hear the stories. And it was nice to be in a place where no one knew I had cancer, where I was seen as the wife of someone who a few people used to know, who was part of the image of a happy and healthy family. It made me think about the people in my life I have wondered about: my best friend in first grade who moved to the Philippines before second grade; the ex-Marine I met on an Amtrak train when I was 24 who worked on a ship in Seattle and much to my surprise spent weeks afterwards trying to convince me to let him visit me in Chicago; the student teacher we had for a while in sixth grade who wrote me letters about her vacation and her engagement the summer before I started junior high.

Years ago I reconnected with one of my best friends from eighth grade who moved to Budapest before high school. Ironically, I found her right after I had visited that city for the only time in my life. In the end, she met up with my brother, who was living there at the time. We kept in touch via email for a while and then lost touch again. When we found each other initially, she said she had always wondered about me. We wrote each other letters for a few years in high school, but even though we stopped doing that, we never stopped occasionally thinking about each other and imagining how the grown-up version of our childhood friend had turned out.

I wonder if any of these folks I've mentioned ever think about me, or if there are other people for whom I am that blurry memory, that question mark that intrigues, that google search that leads to a cautious email asking, is this really you? Unfortunately, I am still in a place where I kind of hope not, where it seems like it would be depressing to a person if she found out what's been going on. In my brighter moments, though, I think, maybe that's not the right way to see it. Maybe I've turned out pretty good, done pretty well, maybe I've gone through a lot of shit over these years and come out on the other side. Maybe there's even something of myself that she would recognize if she saw me, if she read this blog or met my children. Who knows? Stranger things have happened; I can be a witness to that. Stranger things indeed!
Posted by Katy Jacob at 12:29 PM