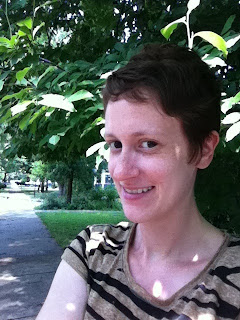 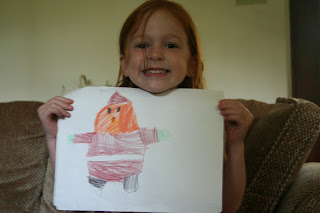 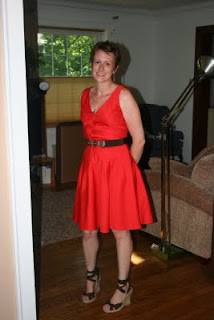 As I was contemplating whether or not to write a blog today, I thought I really had nothing to say. There's not much going on on the cancer front, thankfully, and yet the front has not disappeared. It's become a part of the routine, something I don't even think is worth mentioning much of the time. So, ultimately, I decided to write about that. It's not such a normal thing for cancer to be normal, I suppose.

I had my three month checkup at the oncologist's office this week. I don't bother to ask Gabe to go with me to these appointments, as no mammogram is involved. After taking a cab there from the train station, I waited around for an hour, pissed off that they have not a single magazine to read that isn't related to cancer (seriously!!) in the huge waiting room. My restaurant-style pager looked at me silently after I finished reading the paper. I went to the bathroom, did work email on my iphone, felt doomed to spend the rest of the morning in the damn place. When the nurse finally came to get me, the most interesting thing I learned is that I've gained two pounds since the last visit (oops) and all my vital signs are totally normal. Then the doc came in, which surprised me. He usually sends his P.A. first. He shook my hand, attempted a smile, asked me how I was taking the heat (it's been 100 degrees and humid in Chicago--here's me sweaty and fussy but trying to play it off in a bright red dress anyway). I almost felt for him--the small talk doesn't seem to flow easily.

Now, most breast cancer survivors get a bunch of tests during these visits, or so I've heard. Blood tests to check for...what, I'm not sure. Me, I get nothing. I asked about this--do I need any blood tests? No. (He's the king of monosyllabic answers). Um, ok. I never had a follow-up MUGA for my heart either. Do I need one? No. Well then, ok.

He took my arms and felt them, held my wrists, looking for changes in size that could signal lymphedema. Then he took my arms out of the gown himself, which he always does, and started my breast exam. This used to creep me out, even anger me. Now that I'm past some of my vitriolic anger that I felt during chemo, I can actually see it as his way of trying to be gentle, or caring, or something. It was interesting to have a little bit of a different perspective.

While he was examining me, I told him something I had only told Gabe until that point. For the week prior, I had been kind of terrified of a hard spot in my left breast--the previously cancerous one.

I didn't call my surgeon because I knew I was going to the oncologist soon and I've been extremely busy at work due to my new job. I showed Gabe, who thought it felt like scar tissue. Now, I have a lot of that, but this was one spot just to the right of the scar that felt, well, scary. I had told Gabe that I couldn't imagine going back to that place, doing all of that again, losing my breast this time, my hair again, trying to find a chemo I could take when I exhausted my lifetime intake of adriamycin, and on and on. But I didn't feel like it was worth mentioning to anyone else.

It's the first time since that mastitis in February that I've been worried about something in my breast, even though I still have chronic pain all the time. I have pain when I lie on my left side, pain when Augie leans his head on my chest, pain if I try to lift the ten pound weight or do a single pushup. If I stop to think about it, it seems strange to still have that level of pain more than a year later, but I've just kind of folded it into my life.

A strange lump is not so easy to ignore or to fold in though. The doc said it didn't feel concerning to him, my mammogram not quite three months ago was normal, extreme scar tissue and chronic pain are also normal. He told me, as he always has, that I look good. I should enjoy the summer. The whole visit lasted less than ten minutes.

When I left I went to the "other side," the area of the 4th floor where they do chemo. I looked for my chemo nurse. A bunch of the other nurses and aides recognized me, which I found surprising. It's been nine months since I left that place for good. I waited a bit for the nurse, then decided to leave and saw her in one of the infusion rooms as I was walking out. I wasn't going to interrupt, but she saw me and yelled, hey you! look at you! She told the bald woman in the room that I was one of her old patients. Look at her hair! she said. Third haircut, I told her (I gave in and got another one today--mostly the back and sides, which I photographed in the oppressive heat--it's the pic with the striped shirt--and I can't decide if it's too short or not). The woman getting chemo got really excited and started talking about her peach fuzz that was coming in. The nurse left the room and we talked for a while, about my new house, how much she loved my hair, how it was less busy on a Tuesday than when I used to go in on Wednesday or Monday, how it all seemed like a bad dream.

It's not a bad dream though, it's a bad part of life that hasn't ended entirely, as evidenced by my pain, fear, and complete disinterest in visiting doctors if I can avoid it. After talking to the nurse, I left and called Gabe to give him the news. We talked as I was waiting for Zara to open so I could go on a brief shopping spree, the reward that I often give myself after doing my cancer business. Maybe Northwestern is smart to sit itself in the Mag mile, where sick people, cancer survivors, and women who have just learned they're not yet in labor can go for some retail therapy. Anyway, he wanted to know why I didn't demand more tests, wanted to know when I was going to get a MUGA. I gave him the reasons that I know the docs have: I don't have cancer symptoms, I had clean scans, MUGAs are lots of radiation, there is no reason to believe my blood counts would be abnormal.

The real reason is that I'm sick and tired of going to the doctor, going to the hospital. I have spent an inordinate amount of time in such places in my life, ever since I was a child. I want to avoid thinking about cancer, to the point where I had to admit to the doc that I don't even take a multivitamin anymore, no Vitamin D or anything. I asked him about my strange cycles and he said since I had my period, I wasn't in menopause (right--thanks) but it was impossible to tell if I would go into it soon. I don't need calcium supplements yet, I learned. Huh, once those hot flashes stopped and I got my sex drive back, I stopped caring about any other side effects of menopause. I feel normal, would like to be normal, thank you. Normal people take vitamins. I take one and it reminds me that I used to be in menopause, that Vitamin D is thought to have some small positive effect on breast cancer, and wow, I had breast cancer, didn't I?

The bottom line is, I want to go out for a cheeseburger, buy a new skirt, sit here on my couch while the rest of the family sleeps and watch Iron Man on t.v. I want to go swimming, bitch about the heat, read a pointless book. I want to dream of winter as I look at this photo of Lenny with her picture of "Santa McMillin" (her name for her Santa doll--don't ask me why, I have no idea). God help me if I need to put any more needles in my arm. I'm fine with never having another blood test, not having to ever remind another nurse not to stick me or take blood pressure on the left arm. I want to be angry at myself for weighing five pounds more than I'd like to because I'm a woman and women berate themselves about these things. I don't want to worry about it due to my triple-negative status and the fact that being skinny is my most notable defense.

It's hot, it's hard to exercise much in the humidity, and I've actually been meeting other adults for lunch, actually been drinking a beer with my husband after work sometimes. Thus the few pounds. I've been normal, but it makes me think that maybe I shouldn't be, not yet. I'm making myself ignore my breast for a while, I'm trying to just enjoy the summer, hellish as this weather is. It's not that hard, as I watch the kids running naked through the yard, spraying each other with the hose, having their first slurpees, helping me gather sticks. It's a strange summer, but it's a summer all the same, while last July marked the third month in what was just some poor excuse for a season in all of our lives.

Well I guess I had something to say after all. Now back to watching an evil Jeff Bridges. Can I help it that while I laugh at him yelling "Tony Stark built this in a cave!" I secretly wonder who bic'd his head? Nope, can't help it. Next scene. Moving on.
Posted by Katy Jacob at 8:53 PM