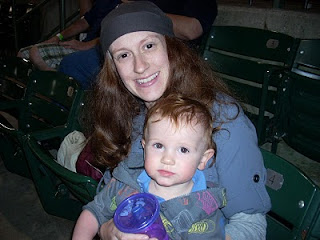 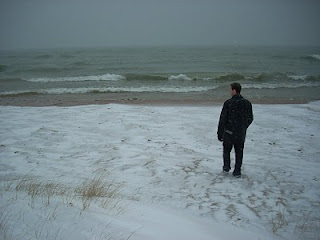 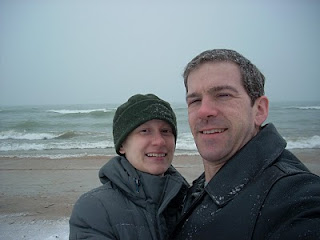 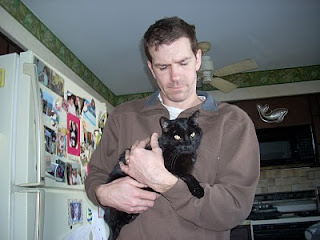 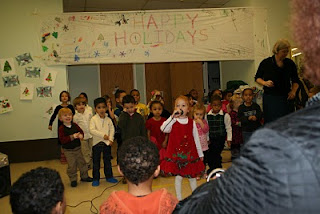 Life overwhelms in its underwhelming nature these days and I don't know what to make of it. That's not to say that I am depressed or having a difficult time readjusting, but rather that I just realize that something has shifted in me and I haven't yet figured out exactly what it is or what, if anything, I need to do about it.

On the whole, life is normal. I am done with my Christmas shopping and I've wrapped most of the ridiculous number of presents for the kids. I've been exercising, cooking, trying to find games to tire out my 18 month old son who can throw a ball all the way across the house and move furniture to climb up on the radiator to attempt an escape and who flops down on the floor and beats his fists into the carpet in ecstasy if you say "touchdown." I took pictures at Lenny's holiday performance at school where my shy girl belted out the Christmas songs and then got up to the mic and said the closing remarks (she didn't even tell us this was going to happen): "Thank you. (huge pause). It's good to see you all....I hope you enjoyed the show....Happy Holidays." Why are parents such dorks that we get so teary and proud at these moments? I was actually more choked up at the idea that she is now grown up enough that she doesn't feel the need to tell us every little thing like that, than at the fact that she could memorize those lines and say them in front of a bunch of grown ups.

These are the sweet moments in life, I suppose. The rest of life is there too. I fell off a step stool the day I finished radiation and gave myself an enormous scrape and bruise all the way down the outer part of my right thigh. I almost burned my already burned body on a hot griddle on the way down. Gabe's aunt just had to put his cat to sleep tonight. Gabe gave up his two cats when he moved in with me in 2003 since I'm allergic, and Karen has had them ever since. I'm no pet person, but it even made me sad. Earlier this week, Gabe went to view his Grandma's cremation. We decided to donate the clothes we bought her for Christmas. He has cried, I've tried to figure out ways to console him and I realize I'm not great at helping people who are crying, and I wonder how he dealt with me crying off and on during these months, since that's something I had done but a handful of times in the 7 years we knew each other before this whole load of crap fell on us.

I went to work for the first time in two months, in order to go to the holiday party and see some folks who have been asking after me. I remember feeling slightly askew when I went back to work after having each baby, but nothing like this. The Fed has changed in some ways, and in other ways it is exactly the same. It's not you, as they say, it's me. Whenever someone asks me how I got into my line of work, I can honestly say that I have no idea. How did an interest in social justice, a talent at writing, and an essentially nerdy nature turn into financial research? I remember when I was a teenager, I really wanted to be a judge. Until I realized I would need to be a lawyer first, and I would have to go to law school and hang out with other lawyers. Now I know a lot of cool lawyers, but a lot of the time I think I got into the nonprofit-esque sector because I like the people who work at these places. And then I realize that I've been so busy getting home to babies and toddlers as soon as the workday is over, that I don't know that many people at the Fed. It's a fascinating place where I've spent a lot of time, but I feel like I'm going to have to start over and get to know it again in a few weeks, like I'm new at this, though I've been there for over 4 years. I hope there's still a place for the new, short-haired Katy. People did seem to like the hair at least. Or at least people told me I looked great. Isn't that what you say though? Someone has gone through chemo, or recently had a baby, or recovered from an accident, and you say, "You look great!" because you mean "you're not dead! or fat or bald or incapacitated or whatever the person was before. The standards change, and I feel like if I look halfway human now, it's impressive.

Yesterday's work holiday party hasn't been the only celebration around here, though. Gabe and I went to Union Pier, Michigan, again last weekend for a night to celebrate the end of cancer treatment. It was beautiful in a windswept, blizzard in the sand type of way. The weather was so bad we didn't have much of an excuse to do anything at all. We watched some stupid movies in our room after a guy named Lovie helped Gabe fix the DVD player. We went out to dinner, laid around in bed, took a walk on the beach, played cards, kept the window open in the frigid weather so we could hear the waves crashing in the morning. I thought about the kids I knew from the coasts in college, who were convinced the midwest was one big boring landscape. I figure none of those kids had ever seen anything like Lake Michigan in winter. It's kind of terrifying, actually. And it's almost unbelievably loud.

Anyway, we spent some time reading the guest book in our room, which dated back to 1999 or so. There was a lot of talk about romance, and "feeding the angels," which must be some kind of weird Michigan euphemism for sex. Why do people get all sly talking about having sex at a B&B? Yes, obviously that's something you do there, but you can also do that at home. Every time I hear that, I think, well, I hope you don't wait until you get to the B&B once a year for that. None of us is getting any younger, after all. I'm sure there are angels in the cities.

What do you think the next couple in room 302 will think as they read about the couple who showed up one night in December to celebrate the end of her breast cancer treatment? Well thanks for THAT downer. We're trying to feed the angels here!

I realize now that I'm finishing this blog entry what has made me feel so off-center. I miss it. What, you ask, cancer treatment? Of course not, that was a bunch of complete bullshit. I miss having a reason to sit down and write. I miss how compelled I felt to do this thing that I'm good at but am essentially lazy about, how it seemed so urgent and now seems so superfluous. This really is what reminded me that I was still myself, and I wonder who I will be if I suddenly stop. I'm in that in between phase, just like my hair (see me with Augie at the minor league baseball game this summer? Wearing my own hair like a wig; how many complements did that bald lady get on her hair that night?) But I'm here all the same, not quite cancer girl, not quite normal, halfway to whole.
Posted by Katy Jacob at 8:16 PM