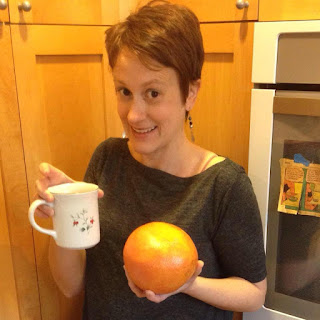 Last night, we put our restless children to sleep, barely two days after our daughter asked us to tell her the truth about Santa Claus, because she would need to know when she was older. Some people believe it is wrong to tell children stories that supposedly aren't true, or at least people sometimes feel that way about certain types of stories, and not others. I figure that I am, and have been, the age that she refers to: I am 40, and I have been 30, and even 15, and Santa came to me then as well. And so I told her that she knew the truth already, and that Santa would come again. She believed me, because she wants to believe, not just me, but everything. And so last night we put them to bed after telling them that we had been together, as a couple, for 13 Christmases, that Lenny was experiencing her 10th Christmas, and Augie his 7th. Augie had been constantly moving for not just hours but seemingly days, driving us all crazy, but seemed eager to go to sleep. Lenny could not fall asleep, and came into our room at about 10:30, crying that she would never sleep, and then Santa would never come. 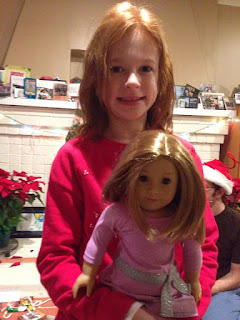 Her father carried her back to bed like she was a baby. She is almost ten years old, and she weighs 50 pounds. People talk about how it won't be long until you won't be able to do that. But I probably weighed 90 pounds when I learned how to drive. When Gabe and I started dating, he used to carry me places. It was like something out of movie, when people proposed illogical and intimate things to each other. Gabe would ask, Can I carry you? And I would say, um, why? There was never a reason. He would carry me to the car, or the door of my apartment, or up the stairs. He still offers, albeit rarely. Most of the time, I am busy doing something else.

And so they slept, and they awoke, and we had Christmas morning. I remember some things about their previous Christmases, but the memories are already a blur. When Lenny was nine months old she got a doll for Christmas that she named Dolly, because even then, she could talk, to a point. Her daycare providers told us they had never seen a child so young so attached to anything before--she treated her as if she were a real baby. One night, when she was one, Lenny woke up sobbing, inconsolable. She tried to say what was wrong but couldn't--she was one, after all, and she was so upset she couldn't speak. We finally realized she had left Dolly at daycare, and was crying the way a mother might cry when she cannot find her child in the grocery store. We told her that Dolly was fine and eventually she went back to sleep. At six AM, Gabe rode his bike to the daycare and rescued Dolly so she was there before Lenny woke up. It's not so much Lenny receiving Dolly during the Christmas of 2006 that I remember, as it is the time when she forgot her. That is what I remember. 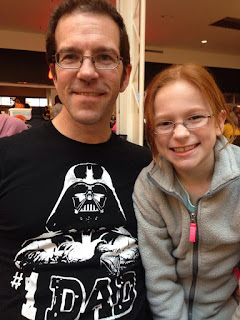 I don't remember Augie's Christmas when he was one. How terrible is that? It's true. I was two weeks out of eight continuous months of cancer surgery and treatment. I just don't remember. Two years ago, I was six days past an emergency D&C necessitated by almost two weeks of very excessive bleeding caused by chemo destroying my hormones. I don't remember the specifics of that Christmas, or of last year, when I was healthy, as I am today. What I do remember of Augie and Christmas is the way he has spun it for all of us, as he dances constantly and explains that Santa is able to deliver all the presents because he uses his magic to stop time. I will remember him writing "P.S. Don't forget the stockings!" on the note to Santa this year. I don't know that there are any specific "aha!" moments of him, or his sister, exuberant under the tree, that I will remember, however. I only remember two of my own: when my brother gave me his Bad News Bears stuffed animal that I loved, and I kissed him, and he let me. And when I received my knockoff Cabbage Patch doll, whom I named Sarah, and declared to my mother was six years old, because I didn't like baby dolls and I wanted to be able to go to work. It's not that I remember opening those presents, necessarily. Or that I remember what happened next. What I remember are the stories, because I have heard them so many times. 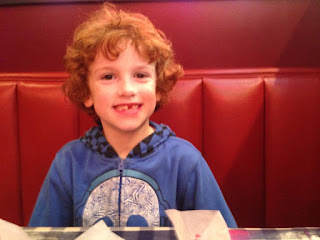 Christmas blurs together for me. It is all anticipation, and chaos, and me cooking the same dishes for breakfast every year. It is reading our new books after everyone leaves. Christmas is me taking a bath and taking a walk and not seeing the kids for the rest of the day because they are in the attic with their new toys. Christmas Eve is dinner at my mother's house, and everyone reading a Christmas magazine when the meal is over. Christmas is decorating and shopping and wrapping and baking and planning. Christmas is much more fun as an adult, watching through the eyes of a child. I have had 40 Christmases to learn that.

I have had thirteen of those with my husband, ten with my daughter, seven with my son. I have had six Christmases since I knew I might not have many more. This one falls on a full moon, the first full moon Christmas of my memory. Perhaps someday, that is what I will remember of this Christmas, just as I remembered nothing of the others but a doll and a line from a note on a piece of construction paper: In the year 2015, we were all quiet and calm the evening of the sixth Christmas after, and there was a full moon, which there had never been on Christmas as long as your father and I could remember. And while you played and read, I wrote about it, because I could. Because I was there.

And they will remember, won't they? Of all the blurred memories they have of Christmas, they will have at least ten and seven that include me. And that is something we could not have known in 2010, or in 2013. Merry Christmas, everyone. I wish you all the chance to remember. 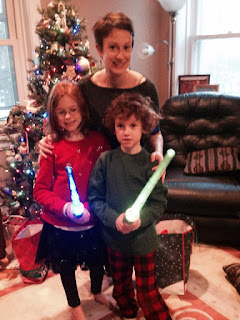