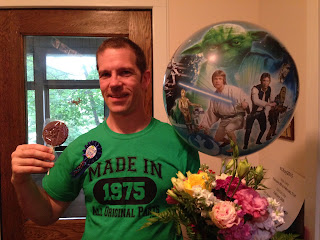 After more than five years of writing this blog, I've come to a point where I don't often have anything to say. Well, that's not entirely true. I have a lot of things I want to say, a lot of things I want to write about, but I'm really busy, and many of these things wouldn't "fit" with this blog, and I am terribly neglectful of LiveChickenOnSix. I've always been cognizant of the fact that when one writes a blog, especially one about something as mortality-related as cancer, there is a sense of urgency related to writing about special occasions. If we don't acknowledge them, how would we feel if that birthday or Christmas or graduation turned out to be the last one we witness? If we don't write about them, does it mean we don't care, that cancer hasn't made us better and more grateful? Who are we trying to please--ourselves, our loved ones, the amorphous ether?

After five years, I realize that my motivations have never actually wavered--they have just become less pressing. I still write this blog as a love letter to my family, in case I don't make it out of this mess. I write it for my kids, so they will know something about me after I'm gone, whether that is sooner or later. Sometimes, I write it out of a sense of practicality: people want to know how I'm doing. I've failed miserably there, of late. I never wrote about my clean mammogram or getting "promoted" to screening, rather than diagnostic, annual mammograms--like a woman who has never had cancer (twice). I never wrote about my 3 month checkup with my oncologist (I'm fine, I look great) or how I've graduated to six months. I didn't write about my terror over being so tired for two weeks, with a terrible, persistent wheezing cough, and how I had to try to hide my fear of metastatic breast cancer to the lungs. I never wrote about the uterine polyp they found that I am supposed to have removed but DON'T WORRY KATY IT'S NOT CANCER and you know what, Doc? I'm too lazy and tired of going to the doctor to even make that appointment. If I start bleeding to the point of anemia, we'll talk.

So I haven't written about my health and I haven't written about much else. I wrote something short for Augie's birthday, and I am writing something today, for Gabe's 40th birthday. I told the kids I needed to go upstairs to write and Lenny asked "you're blogging today?" She sounded surprised. I told her I always wrote something for all of their birthdays. She got mad: "Hey! You've never showed me anything you've written for my birthday!" Au contraire, mon frere. Remember how I read that letter to you in front of hundreds of people? But, on the other hand, she's right. Someday I will need to let the kids read this blog. I guess in one way, I've been waiting for them to discover it without my help. But I digress. It's Gabe's 40th birthday. That's a big one. We met when we were 27, got engaged at 28, married at 29, first kid at 30. A decade more has passed, and so much has happened. Neither of us signed up for what we got, but no one ever does, and we are happy with it, happier than we expected, probably. Gabe has been dreading this birthday. I don't get it. I like getting older. Hell, I've been trying for 40 since 34. 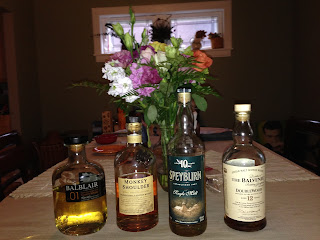 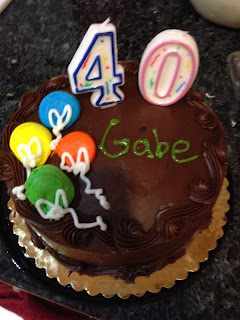 He wouldn't let me throw him a party. His desire was to have a birthday wherein he "didn't have to talk to anyone." Well, that didn't fly with me, though I can relate to the sentiment. So, I got a half dozen of the guys to come over last night. Gabe jerryrigged some situation with our tv and computer so we could watch the Blackhawks game on the porch. I bought a chocolate cake and put out some chips and guac, cherries, and Doritos. These guys were so excited about Doritos. They drank scotch and I watched the game with them and then left them to their own devices for a few hours. I got Gabe a bouquet of flowers, some chocolate, some tshirts that talked about him being 40, a Death Star rug, and...this.

I wrote this for my husband for his 40th birthday because I've been short on words. Poetry is the best response to that. I handed him a copy of this in a frame, and he cried before he even read it. Then he went into the other room and read it and cried great heaping sobs into a pillow on the couch. And so it goes. Gabe cries, I stand by awkwardly, our kids make fun of us both. Happy birthday, baby. I love you. 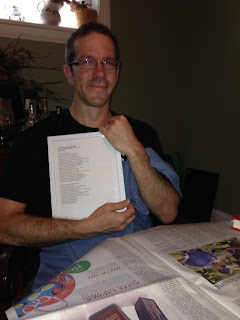 You don’t know this—especially this:
You don’t know that I see you
and how I have seen you these twelve odd years,
blurry eyed and stumbling in the dark,
making a habit of my habit, making sure it’s waiting for me.
You don’t know that I think about it,
how and when it ever started, that I don’t remember,
and anyway, even if you do know, you don’t.
You don’t know coffee, but there you are all the same,
every day of this too-short life
we’ve vowed to spend together,
scooping and pouring out love
in just the right proportions. 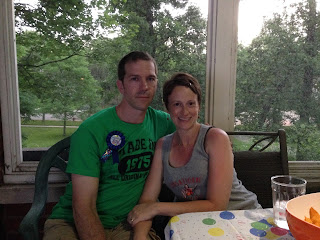