Four years ago, I wrote a post about finishing cancer treatment.

"I am not going to be one of those people who says that cancer gave me a gift, and I am not going to smile about the hope and inspiration it brought into my life. Maybe I should, but that’s not me, and those words seem pretty hollow, so if people wanted to hear that I assume they stopped reading this months ago." 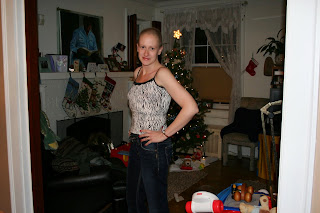 I never, not once in that blog post, said that I would never have to do it again. I celebrated it being over without trying to say that I knew for sure it was over. There was no ass-kicking, no champagne, no sense of triumph. The only thing I did was rip the radiation tape off my chest in defiance, taking some burned, raw skin with it and making myself cringe in pain. Other people might have gone out to dinner, I maimed myself a bit and moved on with it.

And then years later, I moved even farther out of the realm of what a breast cancer survivor is "supposed" to be, and took up residence in this place that no one wants to visit, where the casseroles are long gone and the sight of the natives brings fear. I moved to the land where cancer comes back.

And by moving there, I was relieved of the burden of being the "right" kind of cancer survivor. But there was another uncomfortable truth as well. I bore another scarlet letter, and it wasn't just because of my recurrence--it was because of this, all of this WRITING, this telling of the tale the way I really saw it, right from the beginning, right from day one, back in May of 2010, when I had just been punched in the face by cancer but I could still see it clearly in spite of my black eye. Even then, it was true. On Day One, I said this:

"I have never taken my health for granted. After having epilepsy and living through a terrible car accident as a child, I've always been happy with what my body could do. I can walk, drive, swim, deliver babies, and do all kinds of things that other people can't do. Whatever came at me as a kid, I dealt with it. I dealt with smaller things as an adult pretty well too.

I don't want to think my luck has run out. I hope you'll all see me out and about, lopsided, bald, what have you. I plan to try to be a cranky old lady because in a way, that's what I've always wanted. You know, just so the personality can fit the appearance."

I failed at the narrative.

I didn't tell the story I was supposed to tell. I didn't tell the story of triumph over adversity--I never told that story, not even before my recurrence. I never told the story about how cancer changed my life and made me a better person and gave me a wake up call. I had my first wake up call at 6 years old. My body, and my brain, didn't work the way they were supposed to, not even then. I had to poison myself, even then. I had to accept that I had a disease that killed people, in absurd and random ways. People with epilepsy died in bathtubs. They died walking down the street. They died in their beds. Sometimes, they had seizures so severe that they didn't die but they were left with permanent brain damage or physical disabilities. Those people did not deserve to have those things happen to them, and I didn't deserve to NOT have those things happen any more than they did, and I knew it. And life kept happening, reminding me of that again and again: the things that happen could happen to me. There is no "other." I'm the other. We all are.

Well, of course I told EXACTLY the story I was supposed to tell, but I mean, that's the way you are led to feel. The breast cancer narrative that our society believes in is not the same as the one that is true. The cancer I've written about, all the different difficult things I've talked about that aren't related to cancer, none of it is the story I was supposed to tell. But if I can say one thing that I am glad for, it is that I never led myself to believe that I was fighting a war, that I was in a situation where my cancer and my character intersected. I didn't blame myself for having cancer once, and I didn't blame myself for having cancer again. Cancer treatment was cancer treatment, not a battle plan. There was no definite end. I wasn't taking names.

I look back on the blog post I wrote four years ago today, and I am proud. I'm proud of myself for having written something that would not be painful for my future self to read:

"I look through all this and I realize why the battle metaphor is so stupid, besides the misplaced machismo wrapped up in it. Battles end. I am done with treatment—for now—and I wonder what the hell I will do with myself, but cancer is just a part of me now, and always will be, even when 2010 has come and gone. I plan to make myself write this blog at least once a week, even if no one reads it now that I’m done with the technical treatment. I still have a lot of things to say about cancer, about illness, about gender, and some of these things are things I have always wanted to say but never did because I was too busy to sit down and write about them, or because I thought no one would give a shit."

I wrote about wanting to be realistic without being morbid, about wanting to provide others the opportunity to know they didn't owe the world a specific story, about wanting to teach my kids what it really means to be a woman in the world. And that's what I was giving myself, that gift, even then: the gift of remaining myself, of holding onto myself. I was allowing myself to not have to be made BETTER, to not have to feel like there was something wrong with me in the first place. If I had tried to be remembered for being an inspiration, it would have been crushing to have to settle for being remembered for my ability to just keep putting one foot in front of the other.

I don't think my story has changed. It also hasn't ended, and for that, I am lucky, and glad. I want to continue to be able to keep my eyes open and see the world as it really is, without letting it bring me down too far into the abyss. I want to just be myself.

When I was eleven years old, I had a grand mal seizure in the middle of school. The entire sixth grade witnessed it. I had been "cured" of my epilepsy at 8, but even then, my body didn't follow the rules. I was thrown into the land where diseases came back right there in that elementary school classroom. My parents were having a very rough time at that point, and my mother was newly working. I was picked up from school by a neighbor; it's one of the only times I can think of where that "emergency contact" needed to be used. When my mom was able to get me, she felt so guilty for having been at work. She kept telling me she was sorry she wasn't there for me.

But who am I kidding? I could no more have done those things than fly.

I shrugged my shoulders and laughed. I said: "That's OK, mom. I wasn't there either." 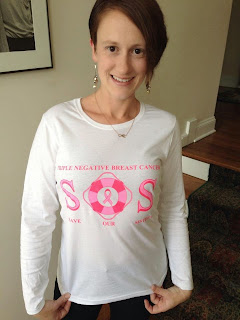