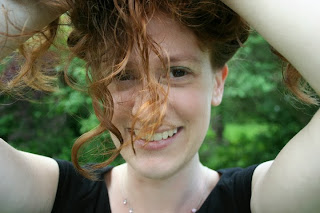 I've written my share of blog posts about hair, or the lack thereof. I wrote many of these back in 2010, when I was mourning the impending loss of my "famous" hair, the hair that other people defined me by since I was about 12 years old. I had long, auburn ringlets. I had hair that made people forget my name, that led to situations like some man running after me--literally, like in a movie--while I was on a break from work when I was 18, to tell me he just had to talk to me because I was so pretty and oh my God that HAIR. I have redheaded children, I come from a family of 4 redheads. Hair and Katy seemed like the same thing for so many years. When I was a freshman in college, during orientation, we were put in a group of strangers and told to say something nice about the other people. I said things like, you're really friendly. You have an infectious laugh. You seem like you listen intently. Every single person, with one exception, said the following to me: You have beautiful hair. The other guy told me I had great posture. When my son was a baby, the other moms at his daycare never bothered to find out who I was, I was just the mom with the "pretty red hair." People stopped their cars to ask me about my hair, the way they do with my children today. I lived with all these strange ideas about redheads, these stereotypes about us being feisty and sexy and stubborn and oh is ALL your hair red wink wink (correct response, formed by myself at age 16: "if that was any of your business, you'd already know"). 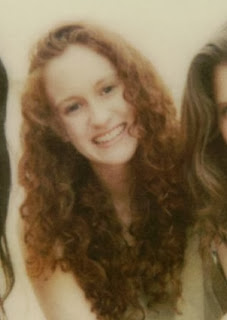 And then, I came down with one of the few diseases that would take that hair from me. People, a few men especially, wept when learning I would be bald. People told me I would be beautiful "anyway." I received a lot of advice about wigs. I was told by a social worker in oncology that my hair was "epic" and my surgeon's nurse commented on my hair every time she saw me, knowing full well I wouldn't be able to keep it. People said "it's just hair." Other people said "it's not just hair, it's identity, isn't it?" And I didn't know how I would feel. And then... 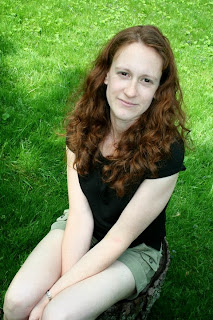 I was just bald. I was bald because of the poison coursing through my veins. The wigs annoyed me. I had bigger problems. I kept my hair, my old hair, and then it just seemed like some dead stuff that had nothing to do with anything anymore. I realized something, that hair is indeed cosmetic, it is NOT identity; I felt that the changes the temporary menopause brought to my sexuality were much more identity-changing. I never felt ugly, I never felt not sexy, I only temporarily felt like I looked like a boy, I didn't worry about my husband being attracted to me, and more than anything--more than ANY single thing, I never didn't feel like myself. 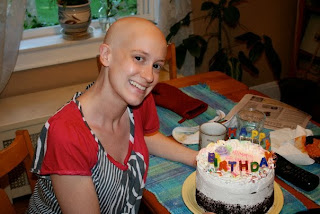 Those decades of others defining me by my hair were just that--other people's opinions, other people's judgment. It had just about jack shit to do with me and who I was.

I learned it WAS just hair.

I was glad to be able to keep my hair during this round of chemo, not because I cared about being bald--that didn't rank on my list of issues when making my chemo regimen decision--but because it would be easier for my kids to forget what was happening in between chemo weeks if I had hair. Then, it started to thin significantly in the final weeks, and I thought about buzzing it again. I have a fairly conservative job, so that seemed like a bad plan, so I just chopped it into this pixie-ish thing I have right now. 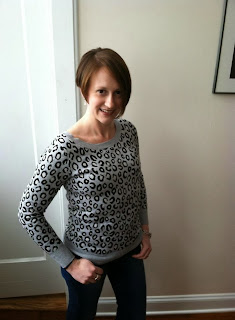 And now I want to tell every single person I see--men, women, children--to cut their hair. Everywhere I go I see too much hair. The guys at my 20 year high school reunion who were bald would remark about it and I would say, hey, bald? Whatever. I've been there. It's not so bad. I remember at age 17, 18, I was dating a man with long hair, and there was just hair EVERYWHERE. I would find it on EVERYTHING. Gabe has told me that my hair was very pretty, but there was a lot of it, and it would get in his mouth, and hey just do whatever the hell you want with it, if you want me to get out the clippers and buzz it, just let me know, you don't NEED hair.

I've stopped reading women's magazines because 90% of it is dedicated to hair, and makeup, and things that seem immaterial once you've lost your eyebrows and you have chicken-little hair on your head and you just rocked it out because there were other problems, like the CANCER. Hair wasn't about femininity, sexuality, identity, youth, or anything else.

It was about dead stuff growing out of your head, as my daughter told me back in 2011. I said it then and I will say it again: that dead matter laying in a box for a year? Better it than me. We never, in the end, really had that much to do with each other.

A woman I know with triple negative, BRCA+ cancer, who was bald, had a double mastectomy, ooverectomy, and hysterectomy and who was burned from radiation and the whole lot of it, perhaps said it best:

"I thought I was losing everything that made me who I was. Turns out, I was wrong."
Posted by Katy Jacob at 11:57 AM