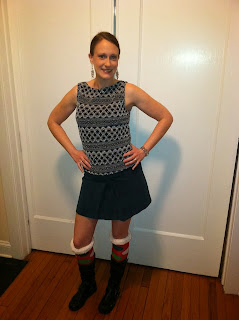 Years pass; that's what they do. They pass whether we are here or not, whether we have enjoyed them or not, whether or not we suffered. Time passes, people pass, the seasons change, we get older even if we seem like we are staying the same. We work and sleep and eat and talk and laugh and cry and screw and swear and raise kids and do chores and we have these memories that once weren't memories at all, they were just life, take it or leave it.

I really don't want to leave it.

I'm trying, folks, trying my best to stick around, to enjoy all this humanity everywhere, to see my kids grow up, to live out the promise of my life. I could look back on 2013 and take stock of what the last half of the year brought to me: a second cancer diagnosis, the knowledge that every single time I was announced to have "no evidence of disease" that it meant exactly that: no EVIDENCE, not no disease; the amputation of my breast; necrotic flesh being scooped out of the surgery site shortly afterwards; physical therapy; 10 chemo infusions; a D&C and conversations about the possibility of ovarian cancer; accepting a new job based in another state three days before my diagnosis and the conversations that ensued thereafter; my 4 year old son's night terrors and subsequent therapy; my blog blowing up on me not because people suddenly became interested in me but because I had cancer again and everyone was all HOLY SHIT, I wasn't expecting that.

I could see these things, but because I have experienced them I don't feel the need to see them. I look back on 2013 and see other things. I see my kids growing older, I see my seemingly ageless husband loving me the same as he always has, if not more,I see the friends who are not afraid of me and what I represent, I see my family listening and hearing about all the things I have shared, no matter how personal or difficult they are to hear, and just treating me the same. I see the people I would not expect to feel things for me, including men from my high school, college kids, random neighbors, folks I have never met, technicians and doctors, who tear up or look askance at me and I see in their eyes and I read in their words this truth: people care about me and are glad that I'm not dead, even if it seems like there are other things they could have been pondering. 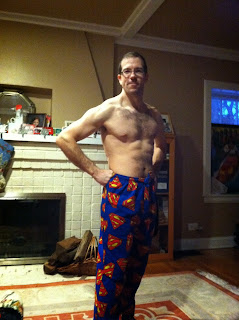 I see life in all its delicious ambiguity and imperfection. 2013 included a long, luxurious summer and a cold, hard winter. It included paddle boarding on a beautiful lake in a remote part of the country and my kids becoming obsessed with certain sports. It included me performing in a comedy show, my hair growing longer, my husband becoming a little more stoic, more like me, more resigned and less angry at the ravages of fate. 2013 brought to us the largest party we've ever hosted at our house and some of the quietest moments we have known, due to fatigue and sickness.

This year has been like any other, but more obvious in its implications. Time passes. We make wishes, resolutions, and promises and though they might seem minor or wild, they are really all the same. We wish that time could stand still, as we hope that our bodies won't age too quickly or get bigger or smaller, we wish for peace and love and romance and friendship and health, which all boils down to the same thing: 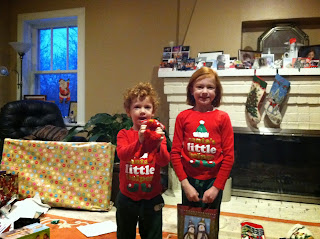 We want more time. I have been saying for almost four years that while the rest of my generation is longing for youth, I have been trying for 40. The truth is, though, that that is not enough. I want more time than that; I want to grow old. I want to be old, to look old, to have white hair and wrinkles and a hesitance in my steps. I want to be able to slow down. I want more memories to keep, more seasons, more of everything that is boring and exciting and MORE.

This is what I wish for myself, and what I wish for you: to have more time, and to make of it what you will, so that when time stops, the clock that was your life would be filled with...enough. Happy New Year. I will leave you with a dream, as I remembered it. May we all have many more.

In dreams, we do things that would be impossible
in waking life, like drive when we know we are sleeping.
The world looks the same as the real world;
or, more accurately, it looks like the real world
that someone else lives in—so we’ve been led to believe.

Something is always just a little bit off:
the streets are wider than they are anywhere;
no one is behind you or in front of you;
noise and light are filtered artistically;
the car you’re driving is much too clean.

Still, you are yourself, singing along to the radio.
Rain is pouring so hard on the windshield
that you can’t see, but no one pulls over in dreams.
You notice bus shelters and dogs and skyscrapers
and you slow down, but you are not afraid.

Suddenly, then, the rain turns to snow—
so much snow that it falls with a crash on the windshield,
which cracks from the weight, and the car stops.
All the power goes out, everywhere, all across the world.
Somehow you know this is true.

Everything is still, and there is nothing but silence,
because time has stopped, just like that,
and all the other people have disappeared.
You consider exiting the car, but you know it wouldn’t matter.
There is only one thing left that you must do.

You tilt your head up so that you can see your reflection
in the rearview mirror, and you smile and say out loud, to yourself,
because nothing exists anymore in the world but you,
“This is what it will be like.”
And then you do the second thing that you must do.

You wake yourself up and listen to the rain
pounding mercilessly against the window
of your bedroom which miraculously actually exists
in a real city in a real country in a real world
where everyone dies alone.
Posted by Katy Jacob at 11:29 AM