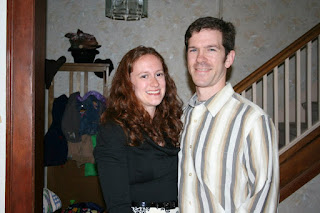 This picture was taken about a week after my cancer diagnosis in early May, 2010.

October is supposed to be a month wherein I feel celebrated, but in so many ways I don't feel anything but lost. And angry. And I've been supposedly "done" with cancer for almost two years, so I shouldn't feel that way, right? When I bring up any kind of fear to those I'm closest to, they of course tell me that I beat it, that I haven't had cancer in my body since June 4, 2010, when my tumors were removed, that I will live a long life. They tell me that because they have to believe that because of the pain it causes them to think otherwise. So, mostly, I keep it to myself.

Except here. This is my place. The place I go when there's nowhere else to go in this Cancerland. So, I'm going to list a few of the reasons that I hate cancer and am angry at cancer and I don't care who reads it or how un-inspirational folks think it is.

I hate breast cancer because:

It isn't like other cancers. You can catch it "early," and it can still come back and kill you--months, years, later. Some new conventional wisdom estimates that a minority, maybe only 30%, of breast cancers are helped through early detection. Early detection does, however, help in one major way:

It helps us as a society think of breast cancer as a benign disease that is easily "beaten," and infinitely survivable. "Survival" statistics for breast cancer mean one thing and one thing only: how likely is it that a woman who is diagnosed with breast cancer today will be alive in 5 years? 5 YEARS people. That wouldn't even get me to 40. And the reality is that early detection might mean that I will have known about my cancer longer than someone else who found the same cancer later--so technically I have a better chance of "surviving" 5 years, even if that other person and I live the exact same amount of time with our cancer. If you have breast cancer for 8 years, at which point you die, but find out about it 2 years into the tumor's growth, you will be one of the 5 year survivors, pumping up breast cancer charities' statistics. If you discover the tumor 5 years in but still die after it's been there 8 years, you will not be a 5 year survivor, and charities will be able to use you as a test case to show why early detection is so important--even though it didn't do jack shit for that other lady's life expectancy.

But I digress. I also hate breast cancer because:

I didn't even have breast cancer. After I wrote the blog about new breast cancer research showing that TNBC more closely resembles ovarian cancer than breast cancer, I really lost it. I waited for Gabe to take the kids out, and I just sat down and cried. I cried in the truest way that Katy Jacob can cry--for a few minutes, maybe two and a half, and then, I just stopped, because that's what I do. I'm not sure if I know how to cry for long periods of time anymore. I sat there and thought about the women I know who are diagnosed as TNBC today, who take taxol but not AC chemo, and are offered totally different, less toxic chemo regimens that have been used for ovarian cancer for years. I thought about PARP inhibitors. And now, I think about how much I suffered on AC, not just in the normal ways that people suffer on those poisons, but in all the other ways that were specific to me that gave my doctors pause. It might be hard for you to hear this, but imagine--just imagine--how hard it is for me to say it: I DID THAT FOR NOTHING.

I hate that I risked permanent heart damage, that could happen at any time, I risked the potential for other lethal forms of cancer caused by the drugs, I got so weak and sick and scared my children and had morbid insomnia and lost the ability to sweat for an entire year and I could go on, but the important thing is that IT WAS FOR NOTHING. I told my mom I wished I had been diagnosed TNBC 8 years ago, so it wouldn't seem so cruel to learn what I've learned just two short years later--two years too late. I would have lost my hair and gone into menopause on taxol anyway, but, man...that Red Devil, that Red Death--adriamicin. That Cytoxan that could almost kill you just looking at it. For nothing.

I hate breast cancer for reducing women to their tits. Even other women do this to us. If you do one thing for me, do this. Do not save the tatas. The tatas don't matter. Sure, I'm glad I still have mine. But if I find out in a few years that my cancer is back, what good will that do? Save me, save my life, not my tits.

I hate the misinformation. It's pretty clear that for women who are triple negative but also BRCA-, the risk of local recurrence is low. It's high for BRCA+. But for me? Cancer is much more likely to return in my liver than in my other breast. So why are doctors still encouraging double mastectomies in some cases like mine? Why do women think that mastectomies will save them when that is only true in certain circumstances? Why do people who mean well, friends of mine even, say things about breast cancer like, "oh I heard it wasn't really that bad" when 100 women die from the disease in this country every day? When 1 of your seven best friends, or you, will have it--WHY?

I hate the pink. I hate people making money off of my suffering and my family's potential loss without any real benefit for breast cancer research or any substantive changes in survival rates over the last several decades. The death rate of breast cancer is stubborn. It might look like it's falling, if you compare how many women with breast cancer die from the disease today compared to 20 years ago. But that is the wrong statistic, and it goes back to the early detection thing. Mammograms just found more cancers, so breast cancer rates increased, because women now knew they had something they didn't know they had, and the death rate became a part of that larger number. But the real number, the one that looks at breast cancer deaths per capita for women as a whole, not just women who have been diagnosed? THAT SHIT IS THE SAME. YOU ARE AS LIKELY TO DIE FROM BREAST CANCER TODAY AS YOU WERE 20 or 30 YEARS AGO.

I hate, more than anything, the fear. I hate how I have felt the last week in the gym or when walking up the hill to my house. My ankle has been giving out, hurting, refusing to correctly support my weight. I ignored it, but then I started to worry. Bone mets below the knee is rare, with about a 1-3% occurrence rate of all bone mets from breast cancer. That should make me feel better, right? Well, maybe, if I hadn't been in the 2% for all the other shit that's happened with this damn disease. Oh, I just twisted my ankle, I did it during spinning or when running after my kids or it's just because I'm getting older, right? Well, yeah--if I was normal. If I hadn't had cancer. If I didn't know young healthy women who thought they had beaten the beast only to find out they had bone mets when they were running a race, who didn't find out until they had reached the 5 year mark and thought they were free, who were thin and active and awesome and beautiful and strong and cancer just didn't give a shit. I hate having my first UTI in years, ironically just after we were finally able to give up the condoms (!!) when Gabe got the all-clear after his vasectomy, and wondering, somewhere, if that's really what was going on. All that peeing could have been a symptom of bone mets or something else, after all. I hate how scared I was of possibly getting pregnant, how I felt like a teenager, how I told Gabe, but we are not like other people, we cannot have an "oops." We have to be sure.

I hate talking to my husband about death in our marriage bed.

Some days, but not many, I hate my hair. Most of the time I love it, but I have my days when I think about that long curly hair and I want it back. And even in the middle of those moments I know that I have no patience to grow it out, and that even if I did, I wouldn't want it once it was there, because I wouldn't recognize that woman anymore.

I hate that she's gone.

I hate that I do the right things, in the normal ways, and how normal it makes me seem. I call in and ask for a strong dose of Cipro, and it works, and there goes the UTI. I modify for the ankle, it starts to feel better, and I realize that wouldn't happen with cancer. I have never been truly depressed from cancer, never been medicated, never had anxiety attacks, never been unable to work or take care of my kids or laugh or live my life. And so it is as if it was all in a dream, including the suffering I endured needlessly and the thought of the medicines I could have taken that might have helped that weren't offered to me. People forget about it, or are sick of hearing about it, and assume I am a hypochondriac or a drama queen when I've never been anything but a realist about this nonsense. I am supposed to act like I "won," but it's hard to believe that when none of us had even correctly identified the guy on the other side of the ring.

This month, wear green for me. It is, after all, the color of the earth during its healthiest time, and yet it is also the color of envy, the color of youthful ignorance. The one I'd love to go back to someday.

If you're looking for more lighthearted posts, I can also be found at livechickenonsix.
Posted by Katy Jacob at 9:52 PM