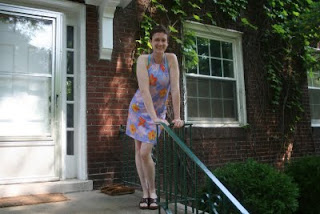 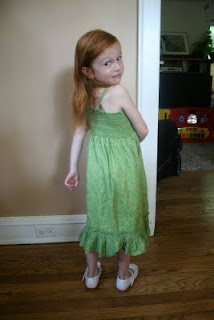 In one of my very first blogs, I related the story of how I learned about the concept of the future when I was nine years old. I was wistfully watching other kids jump in the leaves, and I lamented that I couldn't do that. My mom told me I could jump in leaves next year, and the world of possibilities opened up for me as I realized how different life could be in the future.

I kind of feel that way today. One year ago today, I had three cancerous tumors removed from my breast. Though I had to go back less than three weeks later for a re-excision, we learned during that second operation that there were no cancer cells remaining; the surgeon just wanted about 1/4 cm more clearance away from what had been the tumor site. She took a big chunk to get that 1/4cm, but I wouldn't have cared if she just took a third of the whole breast at that point. So after we received that pathology, I realized that I had indeed been cancer free since June 4, as far as anyone knew.

It's hard to imagine life being more different than the difference between June 4, 2010, and today.

My lumpectomy blog gets a lot of hits. A lot of women must be searching for answers that their doctors don't provide, because every other day or so a stranger is sent to my blog by googling "lumpectomy blog." However, it is one of the few blogs that is just too hard for me to read. The fear, the pain, the sheer number of procedures, the dread of waking up and looking for the damn drain, not knowing if cancer had spread, not knowing my stage, being doped up on drugs, unable to walk into the house by myself, the knowledge that my cancer treatment had only just begun, and I was about to embark on chemo but I had no idea what to expect. I was still mourning my hair, still waking up in the middle of the night terrified. I cried all the time. If the future was there, it was hard for me to see, at least the part that didn't involve poisoning myself or suffering through treatment. I hope the blog helps the women who find it, but it pains me, so I avoid it. June 4, 2010 was just a harrowing disaster, starting at 5 am when I had to get up to get to the hospital.

And then this year, I slept in a little. I made chocolate chip pancakes for breakfast. Lenny and I went to get our hair cut--she is five years old and has never had a haircut in her life (this picture shows how long it was before the haircut; now it's the same, but three inches shorter). My hair was getting so curly and thick and out of control that I couldn't take it, so I had it cut super-short. I told the stylist that I used to dread getting my quarterly haircuts because I was afraid that she would cut too much, or it would be too short. Now I just don't care. Cut it, cut it! Why not? What do I have to lose? One of my neighbors, an older woman who had breast cancer years ago, remarked on my short hair several weeks ago and said she liked it. I said, I am getting used to it, but it seems so short. She shrugged. Well, you've had less.

And isn't that the truth. I've had a lot less, in general, and very recently. I've lost so many things, and gotten most of them back, and I find I don't miss the other things nearly as much as I expected. Life now is just much fuller, much more, than it was a year ago. After the haircut Lenny and I walked home. Augie and Gabe came home from toddler soccer and we all went to the pool. I put the kids down for their naps while Gabe went over to meet some contractors at the other house (thank God, it's definitely his turn), and I sat down to write this blog while munching on some grapes.

How far this seems from a year ago. I just can't let myself think about going back there, even though it's hard. I saw my ob/gyn the other day for my regular annual exam, and he was just beside himself. The last time he saw me was shortly after my diagnosis. For a while, he called to check up on me and always seemed concerned and surprised that I was so down, so scared, so sad. He tried to talk me out of that with the positive cheerleader speech. I don't begrudge him that. But except for the fact that I had long hair, I pretty much looked exactly the same a year ago. I weigh the same, my breasts are still pretty much the same size, obviously my face hasn't changed.

Like everyone else, he just doesn't see it. I wouldn't recognize you on the street, he exclaimed! You have never looked better! You must've lost 50 pounds! (Um, yes, since right before Augie was born--over 60, in fact. But again, a year ago, when you saw me, I weighed what I weigh now). He didn't believe me. I think he must have been so distraught last year that he didn't see me at all. He went on and on about how at peace I seem, how sophisticated, how stylish. He said he was so proud of me, and I should be an inspiration for other women, and all of this stuff. He hugged me and kissed my cheeks. He told me to live my life--as long as I didn't get pregnant. I wanted to laugh. Are you kidding me? That's the last thing I would allow to happen at this point.

I appreciated all of this, but what is there to say? How am I inspirational? Because I suffered, or went through some bullshit, or because I have a cute haircut? That's the part of cancer (or epilepsy, or anything) that doesn't make sense to me. How could I help a woman who has late stage cancer, what do I have to offer someone who isn't going to go through this in the same way that I did? It's hard to imagine. I also don't think it's impressive to survive an illness, especially one that can come back and kill you later, no matter what you do. There is no statement here, if that makes sense. My hair isn't short because I'm a new person, a woman reborn. It's short because I am the same--impatient and clueless when it comes to doing hair. I can't deal with it when it's a little longer, so I chop it to avoid dealing with it at all.

This seems true for any of the things that people compliment me about these days. People talk about all the stuff we've got going on, all the drama with the houses and work and kids and everything. But when was I different from this, when did I ever really sit down? What does that have to do with cancer? The only thing I can see is that I feel less insecure these days, due to the massive physical changes I endured over a year and how I just decided not to let them bother me too much in the end. Today, I wore a bikini today for the first time in probably 15 years. I worried about whether I could pull it off for about 30 seconds. Between that and the short hair, I could barely recognize myself. But then I thought, well shit, last year I was walking around bald, until my chicken little hair started to grow in but at that point I had no eyebrows or eyelashes. I put pictures of my marked-up, burned chest on the internet. It's hard to hold on to too much vanity or insecurity after that. Besides, last year I didn't get to go swimming at all--I missed out on the entire summer. I don't remember if I even put a bathing suit on, and all I really remember about sunscreen from last summer was slathering it on my bald head. I felt like a kid going to the pool today, almost as excited, kind of ridiculous.

And at the end of the day, I have to admit that I've had some practice with this stuff before, I guess. I've had a lot of things happen that became a part of me but not the whole of me. I've been noticed for a lot of the wrong reasons. I was the kid in a wheelchair, the one who had convulsions on the classroom floor. I was the 8 year old with red hair so curly all the kids made fun of me and called me Annie and the old ladies stopped their Oldsmobiles in the middle of the street to tell me how gorgeous it was. I was the kid who had night terrors until I admitted I was afraid to die. I am still paranoid about cars, and driving. I made a decision to never drink very much when I learned how anti-convulsants had destroyed my liver (didn't help me avoid breast cancer, unfortunately).

And then with all of those things, life just continued, and it was different from before, but I felt the same. I still feel like I did when I was 6, or 9. I feel closer to those little girls than I do to the woman I was last year. I feel cranky, and I geek out over stupid things, and I still love fruit and chocolate above all other foods, and I consciously think about the breaths that come in and out of my body all the time, and it feels miraculous, in a small and strange way.

I feel cancer free now. I didn't feel that way for a long time, even after it was true. And for all I know, it's not true right now. Some bad cells could be lurking somewhere in my spine, in my lungs. I don't think so, but I don't know. Right now, today, I don't care. I might look like someone else, but I feel like me.

So here's to a June I will get to remember for its normalcy, here's to a summer I won't miss. If there were leaves to kick, I would, but there aren't, so I guess I'll go swimming, row a boat, learn to ride a bike, go on vacation, eat an ice cream cone. I do not plan to live this summer as if last summer didn't happen, but rather like it did, so I will do all the things that were so far in the future just one year ago. And why not? I'm 35 years old, and I get to start the clock over. Kind of neat, really, not worth what I had to do to get here, but neat all the same.
Posted by Katy Jacob at 2:00 PM