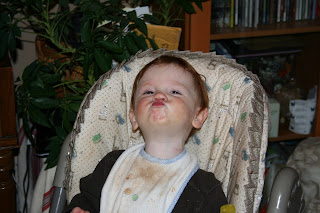 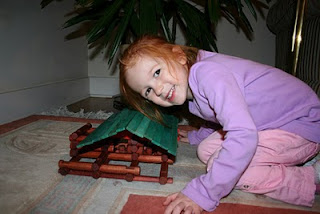 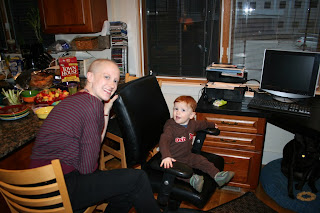 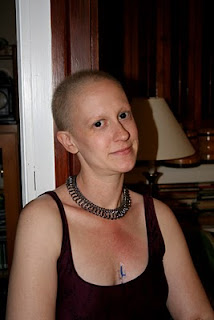 I really didn't want to write a Thanksgiving blog. Often we say, there is so much to be thankful for this year. And that seems trite, or counter-intuitive, or something, for the year 2010 in the Jacob-Sterritt house. Of course I am thankful for my family, my friends, my body and my life. I will add that I am thankful for every person who reads this blog--the fact that anyone does is something that I still don't understand. But how do I interpret thanks through this cancer lens? It seems altogether too difficult. So instead I've decided to do something else.

Until I wrote this blog, I never wrote anything but poetry in order to remember my life. I don't see poetry as a high art form; writing a poem is similar to taking a photograph, calling someone on the phone to tell a story or writing in a diary. It is a way to remember, and what is memory? Memory is the mind's way of giving thanks for what has been seen, felt, or experienced.

These poems--none of them new, but I tried to find some that aren't too old--are a much better way of expressing what I'm thankful for than anything I'm capable of writing right now in my sleep-deprived, tryptophan-heavy, football-overdosed state. I didn't pick these because I think they're particularly good, and there are some I don't like all that much when I think about it, but together they say something, perhaps. Happy Thanksgiving.

Still air in the evening
Extreme weather arriving in torrents

A childhood worth remembering
An old age worth the wait

A second language, a way to talk with your hands
Words you’ve forgotten how to spell

A hundred and one birthdays
A million moons

This is what I wish for you
Everything, and the time after


Lessons Learned from a Marriage: For Gabe on Father’s Day, 2007

California is dust, traffic and complacency.
Weather only shines in Chicago.

Being a man, or a woman, comes naturally
when you forget the details involved.

III
It is not necessary to learn fatherhood by example
if you know stars, lawns, Mozart and somersaults.

Parents can be two generations removed and share
none of your blood, but some of your songs.

It is possible to watch another person becoming
while the world falls away before your eyes.

We are always moving away from the sun, from each other.
The alternative is difficult to imagine.

The plot of the story is not the point.
The point is that I am telling it to you.

Two straight lines turned into three
as I lied a little, to mix it up.

I’d make love and redemption
out of three tin cups.

I wouldn’t cover guns at my head,
hands up my dress or the friends I kept.

Words only flowed
from the ordinary

when the sharp rumble
where my feet should have been

over the wooden trestles
where the sparks burned blue

the screech lingered and
you had to go down to feel the real world.

You laughed with your full body in sleep
before you were supposed to understand laughter.

Could it be
the curve of my chest
the light on the wall
a new voice
water on your face
a sudden breeze
your sister talking
the sight of your feet in the air
or knowing you’re separate?

Maybe the joke is on us.
Worried, unbelieving still,
farther from ourselves than ever.

You close your eyes and laugh,
unaware that a month’s worth of memories
you will never remember
will haunt our sleepless nights
with the vain desire to understand you,
or your joy in being new,
or the way things seem for the very first time,
or what it is to be,
or how things got so funny
in only thirty days.

It’s a funny word, shed.
A small building that stores things,
a way to cast off for good
like the insides of bodies, our old selves.
These babies, they’re parasites.
Left with no room to breathe,
I only nibbled, yet grew.
Thirty pounds, nearly forty.
And now it’s five months later,
my son is here, still feeding off of me,
but more aware now
of the ways we love each other.

I am nothing if not his mother.
But somehow the pounds that were him
are shed, and ten more with them,
fractions more every day
and I stand each day in fascination
as these declining numbers
mark less of me.

My husband can pull my pants right off,
no zippers, and I lament those size 4s I gave away
when I assumed older meant more.
Running hands over my belly is weird,
to think what was stored here,
what I gained and cast off twice
to make two people now apart from me.

What’s left is equally strange.
Memories of twenty three,
some other man’s hands, or mouth,
feeling light, not feeling fabric on my skin.
These stretch marks are just reminders
and there are always reminders.
What I have shed I don’t want back,
but I wonder where it’s gone.

There is a world where news is made, where history occurred.

1940s Leningrad saw cannibals hiding in the streets.
I braid our daughter’s hair.

Fifteen people were shot in this city last night.
Leaves fall softly onto our shoes.

Grief overtakes our friends, neighbors, the woman in the park.
Our newborn son has eyes that change color in the light.

Authors debate evil: Hiroshima or prison camps? Knowing or not knowing?
We make love every night.

We read in search of understanding.
Why were we given this life, and when will it be taken away?

There are too many days, or too few, depending on the circumstances.
Posted by Katy Jacob at 9:09 PM