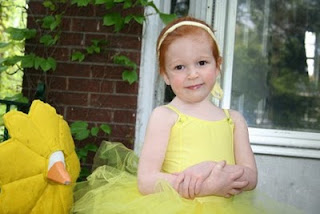 I'm feeling a little bit of blog pressure right now, as people are probably waiting to hear what happened yesterday! I had no energy to write last night. I thought that I would feel much better after yesterday's appointment, but it turns out I was wrong. Not because anything particularly bad happened, but because that feeling of "ok now I've got a plan and let's get moving!" did not hit me. I still feel like a too-young person with a horrible disease just waiting to find out if it's worse than what I know now.

I met first with the intern/resident, whatever they're called, and then the surgeon. She is the head of breast cancer surgery at Northwestern and will be very good but was also fairly businesslike. I wanted her to tell me whether or not to get a lumpectomy or mastectomy, and the bottom line is it's up to me. Ugh. I was informed that due to my age and family history of breast cancer (my grandma) I should get tested for the BRCA gene, and if I'm positive, I will have a double mastectomy. They'll also want to take my ovaries at some point. I really can't wrap my mind around that. How much are you going to take from me here? I guess I should focus on all that I will have left. I have nice legs, right? Sigh. Also, what's up with the fact that one company has a patent on this test and can charge $3800 for it and make you wait two weeks for the result, when Walgreens is coming out with some $20 version this week? This doesn't make a lot of sense to me. Either the test is simple and cheap or it's not--which is it, pharmaceutical community? You should beware lying to women with breast cancer. They might get a little testy.

Other news--I have triple negative breast cancer, a cancer they don't know much about that is not caused by hormones, and therefore I won't be able to take drugs like tamoxifen after my treatments. That also means that I will need chemo, regardless of what type of surgery I do. And I will lose my hair. This is really bothering me--more than I even expected. If anyone knows of a place that will turn my own hair into a wig, I think I will do that--cut it off myself and get a jumpstart on the process.

The triple negative thing seems worrisome since it's a more aggressive type of cancer and some studies say things like "women who are unfortunate enough to have this diagnosis have a worse prognosis." Seriously, who is the asshole who wrote that in a medical journal? On the other hand, chemo is more effective on my cancer than others, and after three years, if I'm cancer free, my prognosis is actually better than other types. But it's been hard to wait a week, much less three friggin YEARS to find things out.

Tomorrow I'll get some blood tests, a chest xray and that gene test, but nothing else. That kind of worries me--no bone scan or CT scan, but I guess they know what they're doing. And if I'm negative on the BRCA, I'll have my lumpectomy on June 4 and probably start chemo in the beginning of July. Once that is over I'll start radiation. So this is going to be a long road, and I'm going to be calling on all of those who have offered help--beware!

I met with the plastic surgeon after the regular surgeon yesterday. Besides having to wait an hour and a half for him, I'm glad I did that. He was a really nice guy and changed my negative opinion of plastic surgeons. He showed me the three kinds of reconstruction they could do if I have to have a double mastectomy. I could do the tummy tuck version, which sounds nice--they take fat from your stomach and make boobs out of it. Who doesn't want a flat stomach and bigger boobs with no exercise required? Well, it turns out that I don't! Man did that look like a nightmare. He told me there are much better candidates than me for that (meaning, people with more fat) and that he wouldn't recommend that for someone with small kids because the recovery is 2-3 months. Um, no thanks. Or, they can take fat and skin from your back. Also not appealing.

He said I'm the perfect candidate for the skin expander and silicone implant surgery because I have smaller breasts that haven't sagged. This was supposed to make me feel better, but it just makes me sad about what I might lose. Anyway, at the time of the mastectomy they put expanders in your chest to create an area to put the implants in. After about a YEAR, you are at the point where you decide whether to put fake nipples on or have tattoos put on. Both Gabe and I think that's unnecessary--they look a little weird and really serve no purpose. I mean, all of these fake boobs look nothing like the real thing. They are there to make you look better in your clothes and to make you feel more normal. Anyone who sees you naked is going to do a little bit of a double take I would think. Good thing I'm married! It just sucks to know that no matter what a good job they do, the reconstructions look kind of alien.

It was hard to see all of that, but it helped me decide to do the lumpectomy. I want to save myself that drama if I can. It does mean that if my cancer comes back on the left side, I will be unable to do the silicone implant later after a mastectomy because of effects of radiation and I would have to either have nothing or one of the tougher surgeries. But I will have to wait more than 2 weeks to know the results of the gene test so I'm still in limbo regardless. In surgery, they will also do a sentinel lymph node biopsy to see if cancer has spread to the nodes. So I have to wait until then to get staged. I want to know NOW. I was told it's possible I could be stage one if the tumors are really close together and there's no spreading, but it's probably stage 2 at least. I just can't imagine waking up from this surgery to find that out. That process is terrifying to me. The surgery itself? Whatever--I've had surgery before, it's just pain. I can deal with pain. Bad news and long-term illness is a tougher thing.

I did make one other big decision yesterday. I decided against any fertility treatment. They could freeze my eggs, but that is a dramatic process too, so in the course of a week we've decided to cap our family. One of the hardest things for me is to think about chemo giving me menopause. It is often temporary but can be permanent. And with it goes the usual stuff besides not having your period-- weight gain, hot flashes, changes in sexual function, etc. Of course, some people have none of those side effects with natural menopause or chemo-induced menopause, but how old am I supposed to feel here? I'm not even 35. I can't have more kids, I'm going to be bald, I'm going to go through body changes that aren't supposed to happen for decades.

I know I'm supposed to be positive right now, but that's depressing to me. It was really hard being in the treatment area of the breast cancer center yesterday. I was the youngest person there by 20 years, and everyone--the other bald patients included--looked at me with such sympathy and pity. It was awful. Like, oh honey, you're so young, I'm so sorry. Yeah, well me too. It reminds me of how people looked at me when I was in a wheelchair as a kid. As in "You look normal--what's that about?" My mom says I used to get those looks as a little kid getting blood work for epilepsy too. Yesterday, even the intern guy seemed very upset the one time I started to cry. Gabe decided that was because I'm the youngest most attractive person he's seen there. Now, he's biased, and I'm not saying I agree with that at all, but there is this sense of it being depressing even for the doctors to treat a 34 year old with little kids. It's just not supposed to happen.

But it does happen, and apparently I've had cancer for a long time. They told me that anyone with a 1 cm. tumor (apparently I have 2 of them, not three--one is just a cyst) has had cancer for 3-5 years. And that's with the fast-moving kind like mine. For many people by the time it's palpable it's been there 8-10 years. Part of me thinks well damnit I wish I'd found this years ago! I have breast exams at the doctor's office all the time--I just had one in February or March. How is it all of a sudden obvious? Because I've lost weight so it's easier to find? Or did it mushroom out of nowhere? But then I tell myself that if I had found this earlier, I wouldn't have had my kids, so I guess it was worth it not to find it until now. I have had two pregnancies, delivered healthy babies, pumped milk or nursed both of them--probably all while having cancer. At least they haven't been any the worse for it.

But I'm kind of the worse for it--especially in my mind this last week. Last night I finally came out of the woodwork a bit. I went for a drink with a few friends from the neighborhood while waiting for Lenny to do her dress rehearsal for her dance recital this weekend (note the picture). Want to know about irony? The special was a "ta ta tini"-- a martini to support breast cancer programs at Little Company of Mary Hospital. Needless to say that's what we ordered. I drank about a quarter of mine, and spent the whole time talking about cancer. But no one cried, including me, and it was good to not feel like a total recluse. After I took Lenny home I went out for dinner with an old friend. She got a little teary once but everyone has kept it together for me, which I appreciate. Maybe a day will come when I can talk small talk again. Aren't I that weird girl who likes to talk about sports and old shows on channel 66 like Specterman? Don't I like to talk about nerdy financial subjects? Um, I don't know--maybe I will be that person again in a little while. But not this week.

This blog is more of an update than the emotional ones from last week, and re-reading it, it seems much more boring to me--like a typical blog about something going on in someone's life that is kind of self-important. I'm feeling a little numb now--I woke up last night at 3 AM crying and I think some of the deep-ness came out then and I don't have energy for it today. I'm not apologizing, but I'm hoping that I can tap into some of my other reserves--writing, creativity, humor--once I get past some of this clinical bullshit, you know?

In the meantime, I'll just look at the face of this little dancing girl, and at my son who is finally pulling up and wrecking havoc all over the house, and tell myself that I'll be around to see what kind of people they turn out to be.
Posted by Katy Jacob at 9:13 AM