I'm a day late in posting my birthday blog for my son. But I think I can be forgiven--we were enjoying a beautiful weekend away, and I just didn't have time yesterday to finish this. So here it is. 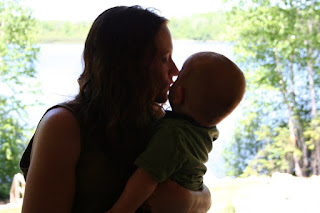 Today, you are eight. We are up at the lake in the north woods for your birthday. The last time we were up north for your birthday, it was the first birthday you had ever had. I made you a cake, and it was the only chocolate cake you ever ate because you don’t like cake and you don’t like chocolate (except for Portillos’). Other than that, I don’t remember much. I had just learned three weeks earlier that I might not see more of your birthdays. You had to stop nursing overnight, you were the only one I cried around, and your life changed before it had really started. I’d like to think that isn’t true, but it is. 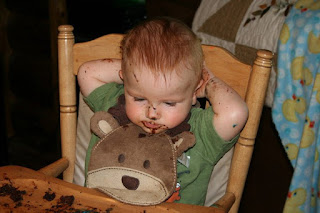 I have writers block every time I try to write about you. It’s hard to know what to say. I have said that I never used the word “exuberant” until I met you, and that’s the truth—both that you are absolutely exuberant, and that I’ve had the privilege to meet you, again and again. That’s what we do, we meet our kids, every step of the way as they become themselves.

All of the time, it’s a surprise. I’m surprised when we almost hit a deer and the first thing you say is “Isaac Newton’s first law: an object in motion remains in motion.” I’m surprised when you say you don’t believe in God but you believe in reincarnation because you think people deserve a second chance. I’m surprised and saddened at how you see death around every corner, and yet relieved that your sense of death’s reality might stop you from being self-destructive. It’s surprising the thought you put into things. This year, you decided you had to have a small birthday party, in part because you don’t like feeling overwhelmed but also because you didn’t want anyone to feel left out.

I usually write such long posts, but as I said—I get writers block with you. Maybe it goes back to that symbiotic relationship where my potential death brought you to life. Or maybe it’s because we are so much alike, in so many ways that aren’t immediately obvious. And so I could say so many things to you, but I won’t. I will just say this. I want you to grow up and grow old and change, because that is what people do, when they are lucky. But because you are only eight, and you might not remember what you were like back then, I am hoping for you that you do not change these important things about yourself:

Always look up to your sister;

Stay the loudest cheerleader on every team;

Keep singing, and dancing, especially when you’re not supposed to;

Don’t forget how short this all is, and how fragile, because I know you already know.

And as I did with your sister on her birthday, I will give you the last word. For your poetry lesson in your class this year, I asked you all to write, among other things, a poem describing an everyday thing. Many kids wrote about their dogs, their siblings, or their toys, and I enjoyed them all. You wrote this:

Poetry is different
than any other writing
because it can be short, long
or just in that spot where
you think it’s perfect

And that’s what I really wish for you—stay right there, in that spot. You’re already there. Happy birthday, Augie. 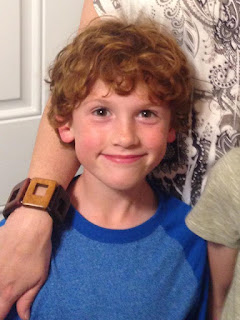