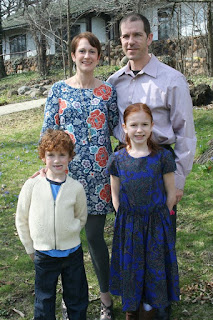 I've figured something out. I've been restless and antsy and angry and uninterested. It could be depression, it could be the need for a change, it could be getting older, except that no, for me, getting older is not the cause of feelings of sadness or desperation. I am, in a sense, still desperate to get old. I've never been able to picture myself as an old lady, not even when I was a kid, even though I've always wanted to be one, always, even then. An old Katy Jacob...what would that be like? How would she be? It's seemed like an unlikely scenario for more than thirty years. So, no, it isn't age, at least not in the normal sense. I don't feel this way because I'm 40.

I feel this way, at least in part, because it's been almost three years--again.

Three years is a major milestone for triple negative breast cancer. Compared to other breast cancers, recurrence rates are much higher for us in that timeframe. Once we TNBC ladies make it to five years, our chance of recurrence is actually lower than for women with estrogen-positive breast cancer. But the first three years are, often, actually the killer. I had made it to three years in 2013, received a clean bill of health and even celebrated a clear mammogram report. Within weeks of that celebration, I discovered the new lump--the new cancer--myself. My second official diagnosis came two months after the three year anniversary of my first.

I went through what people in this circumstance go through. I did all the tests required to find out how extensive my cancer was, to learn a little bit more of my fate. I described that process back then, and I think I described it well. It is a harrowing and surreal brand of waiting that I hope you never experience. And yet, for me, given the circumstances, it ended well. I did not have metastatic cancer. My recurrence was a local one. My cancer was not incurable. It seemed simultaneously miraculous and grossly unfair that I had escaped that fate, which could happen to any woman with breast cancer at any time, which could happen to anyone at any time in their lives. And yet, I had been waiting so long for that three years, I had thought that I had made it that much closer to living my normal life again, and then...I was back at the beginning. The clock was starting over.

Or was it? What does that mean? Isn't time just time? The years are the years, healthy or not. People around me grow older, grow up, are born, die. Everything continues to happen. And yet, there it is, in the back of my mind: that notion of three years. I am three months shy of it right now, and keenly aware of how it looms over my consciousness. What if I only have six months until I learn I have cancer again? What have I done in these last three years, what did I do in the three years prior to that, or ever? Has it been enough, have I been worthy of it? The answers are no, of course not, no! It's never enough, and yes, I suppose, though no more worthy than any.

I remember so well, with such alacrity, how it felt to be me, in this space, in 2013, before I knew what was coming. I remember allowing myself to breathe easier and then later telling myself it was good to be breathing at all. I remember how healthy and fit I was, and how little it mattered. I remember letting my hair grow somewhat long, and then wishing I hadn't. I remember still only being able to cry for a minute at a time, but this time, not crying much beyond that at all. I remember telling Gabe that it looked like I probably had cancer again and when he could bring himself to speak and he asked me what I wanted to do I told him I wanted to get drunk. I remember knowing that was the wrong answer. I remember telling my mom, my brother, my children, myself. I remember the absurdity of telling my new boss, of just telling her that look, I was going to have to amputate a body part, recover from that, and start six months of chemotherapy, but that would only push my start date off by a month, so I'd get on the plane and fly out to my new office in September rather than August. I remember making huge decisions about my life, and folding cancer into them--rather than the other way around.

I have no idea what's going to happen at three years this time around. I have no idea if I will get another three. I am sometimes indescribably angry with myself for not doing more with my time. I don't know what I should have done exactly, but what if these years have been the final ones? It's strange to think about that at 34, at 37, at 40, or hell, at 4, or 9, or 24. It's strange what the presence of death does to the concept of life. It's strange what three years can mark when you've learned to mark time in three year increments. It's strange to want something so badly that you dread it coming to pass.