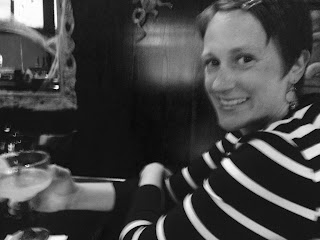 I've flipped the script on October 11.

Thirty one October 11ths ago was a burnt sienna Crayola day of anticipation and near death. It was the defining day of my childhood; my body bears the trauma of that day still. There is no one who knew me then who doesn't remember.

Last October 11th was the day I would have dreamed of thirty years prior if I had been old enough to imagine my adult life with any accuracy. An idea for an alternative to an end-of-chemo celebration exploded into something else entirely as we celebrated ten years of marriage. Ten years before, we had walked together, down a hallway in a community development corporation, wearing a funeral suit and a brown dress. This time he waited for me in his tux at the bottom of the hill we own, somehow, ourselves, and my brother escorted me down our driveway while leaves fell on my white vneck gown, half of my post-mastectomy sternum drawn down to skin and bone. Two children waited with my husband; somehow, they were ours too, and yet they were so much themselves, as they have always been.

I took one of the only meaningful anniversaries in my life and turned it into something else. It took me thirty years, but I did it.

October is supposed to mean something specific for women like me. I choose not to acknowledge that, however. I recognize absolutely nothing of myself or my experience in this earth toned month that so many are trying to dye pink. I just have too many other things to think of in October. 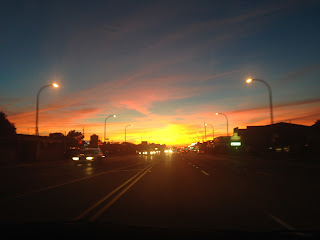 One of the hazards of writing is the tendency to write about the seemingly big things. But everything big is just the hope or loss of a thousand little things. October 11 is neither the day I almost died or the day I celebrated the surprise of my continued life with my family and friends. It's a day that rolls around every year, in the middle of the most beautiful and fickle month of our midwestern calendar.

October 11 is this: the last day of eighty degrees for who knows how long, a day so perfect you miss it while it's here. And on a picturesque street of mansions in a strangely bucolic neighborhood of a violent and corrupt city, a smallish woman looks over her shoulder as she trespasses on lawns, kicking leaves and crunching them loudly under her faded maroon Doc Martens. Some teenage boys driving by yell at her and she doesn't know or care why or what they are saying because she will continue kicking her long legs in the air because she can, she can, she can.

October 11 is this: that same woman texting her husband in embarrassment and amazement, to find out how to unlock the gas cap on her own car. In a year and a half of owning the only new car she has ever had, her husband has filled the tank every single time. She doesn't know how this has happened, any more than she understands why her husband has to text her ten times from the grocery store. But who is she kidding? She knows what this means, and it isn't anything to do with men and women and the roles they play or rebel against. The text she sends makes them both laugh but its meaning hits her hard: this is what happens when two people live one life. Little things fall to the other and you don't even notice. She suddenly sees grief everywhere, as she always has done, grief in the gas fumes of the future when she doesn't text anyone, grief in the produce aisle when he shops from a list he has written himself.

October 11 is this: two children walking to the park alone, playing games they communicate in a secret language, never to know if their seemingly misplaced closeness is natural or an outcome of the fear and adult knowing they've weathered together years before life should have handed them those lessons. 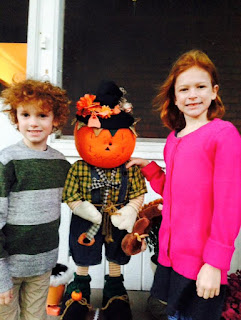 Today, the house and yard are quiet but everyone is nearby. A woman drops a football in the lawn a man has just mowed. The trees can't decide between green and orange. The air is warmer than it was in early July. Right now, on this day, cells and legs cooperate, hearts beat as they should and the air feels delicious as we breathe it in effortlessly, miraculously, on another October 11 we are all somehow here to witness, together, again. 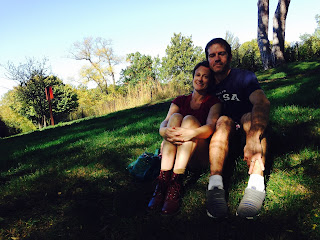