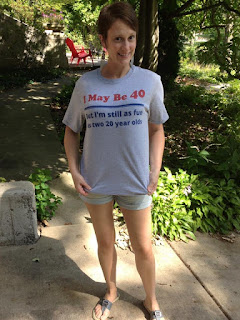 When I was four years old, a little girl my age tried to drown me at the pool.

I thought of this recently, suddenly, this memory that I've always had but have called upon rarely. I thought of it when an older child stole something from my kids at the pool and preceded to lie about it while flaunting the stolen goods. The story just came out of my mouth:

People do bad things for no reason at all. They are capable of telling lies that are obvious lies without feeling an ounce of remorse. When I was four, I was playing in the kiddie pool with a toy I had brought from home: a tub filled with three bowling-pin-shaped men: a butcher, a baker, a candle-stick maker. My mother was a few feet away. A little girl came up to me and said: "That's mine. Give it to me." It was absurd. Of course it wasn't hers. I had brought it from my bathtub at home. I said, no, it's mine, and ignored her. She tried to snatch it away from me. The look on her face was full of fury, real, primal anger. Since we were in the kiddie pool, she could not have been more than five. I held fast to the tub. She was furious. She grabbed my head with both hands and pushed, and then held my face under water until I couldn't breathe. I fought her off and ran to my mother.

I stopped there once I recognized the silence that surrounded me in the car. This story was much more disturbing than the situation warranted. I thought back and realized that at the time, I told my mother the girl had tried to steal my toy, but I did not tell her she had tried to drown me. Maybe I didn't even really understand what had happened. Maybe I understood and had trouble believing it. Maybe I thought I would be deemed the liar instead. Maybe it was too hard to think about at four.

In truth, it would have been difficult for the little girl to succeed in her plot. Adults were everywhere, my mother was close, the water was very shallow. It's the stuff of movies, one little girl killing another over a worthless toy. It doesn't happen (that's what everyone says about everything terrible--it doesn't happen, but it does). But what I understood even then, and filed at the back of my mind, was that she absolutely wanted to drown me, that her intention was to get rid of me so that she could take a $5 toy that did not belong to her. She wanted me to disappear.

My mother didn't know that part of the story until a week ago. My husband had never heard the story at all. I never thought much of it: "Kids can be cruel." My husband looked at me: "Jesus. No wonder you've never trusted anyone." Huh, I thought. I always assumed I never trusted anyone for all of the other reasons, because of all of the other things that have happened.

Maybe he's right; who knows. In a way, it doesn't matter. What matters is that the knowledge of death has always been there for me, the fleetingness of life, other people's lack of concern for its meaning. It was there at four, and again at nine when I almost died in a car accident, it's been there all the time, again and again when death started calling my name and then abruptly changed its mind. Cancer did not give me knowledge of mortality or life's fragility. Cancer did not make me think of the worst case scenario in every pedestrian situation. I've always known it: I could be dead, always, people I love could die or be dying. That is always there, it is always true.

I've never really seen myself as someone who would get old. As a child, I used to imagine myself as a grown-up, but I was always about 35 in those daydreams. This is not because of vanity. What would an old Katy Jacob be like? Does a person like me make it that far?

I've been trying for 40 since 34. It seemed so far away then, when I found this aggressive cancer. It seemed far away again when I found it again at 37. Everyone around me seems to either be resigned to 40 or attempting to stop it from happening. People ask "can you believe it?" And I honestly say no, but my answer doesn't mean what they think it means. It doesn't mean "I can't believe I'm 40 when I still feel 16!" It means, well shit. I can't believe it. I'm still here.

Have I done anything of significance in these 40 years? That seems to be the question of the hour. People my age are searching: for youth, lost dreams, a singular purpose, hair, a legacy, sex, peace, recognition, the firmness of their place in the world. I'm not searching at all. I've lost or given up many of the things people associated with me. I've kept many other things, and I've remained myself in the balance. I don't feel lessened and I don't feel exalted by this life. 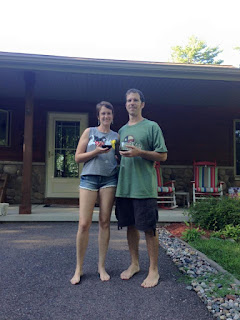 People think of 40 as the halfway mark. I've never understood that. Four could be the halfway mark; it could be the end. There's no way to know. It's true that at some point, you stop feeling any different than yourself. For me, that happened around 15 or 16. I felt grown then, and I wasn't wrong. I was grown. I'm the same now, though life has happened since then. I might have gained some wisdom, but most of the wisdom I've gained has been in realizing I didn't have to carry my burdens myself. The burdens were always there; I just thought it was useless or damaging to mention them to anyone else.

Augie asked me on his sixth birthday if being dead felt the same as being six, and I wish I'd thought it an odd question to ask while walking to kindergarten. Lenny told me last night that she had a dream that she and Augie were stuck in the attic and he told her they couldn't leave because they were dead. What could I say? The attic is a fun space for you. You are safe in this house. Everyone dies, but hopefully after having the opportunity to live a long life and see those who are older than them go first. Go back to sleep.

Go ahead, I wanted to say. Burden me with your fear of death. I can take it. 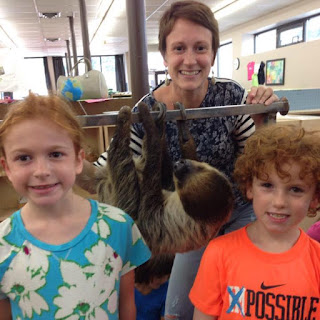 I wish I'd known that at 4, at 9, at 16, I wish I'd known that I could share the burden. If I could go back, I would tell myself so many things. But after reminding myself not to take myself too seriously, I would first say this: life would not necessarily get any easier, but it also would not necessarily get any harder. Life was always easy and hard. However, at some point, you can admit to how life is. You can be as you always have been, without having to hide it: you can put your pathos and humor on full display. You can talk about suffering and fear as casually as you talk about breakfast, without worrying what other people think. You can admit to being unable to cry, and not feel damaged. You can accept how other people are, not because it's right, not because you like it, but because it's not your place to think they should be different.

I know that a missive on death is not what I should write on this day I have been waiting for for more than five years. But, you all know I don't do things the way I am supposed to; it's part of what makes me who I am. Believe me, I am happy to be 40. I am happy to be able to see myself today the way I could not see myself more than five years ago, or thirty years ago, when 40 seemed a dream. I'm content with my sameness, with the ways I have changed and especially the ways that I haven't. I have always held the mundane and the absurd and the tragic and the beautiful in close quarters. Just the other day I sat half in the sun and half in the shade snapping beans for dinner while my children screamed with joy and mischief and my husband sang to himself and I contemplated the Armenian genocide and that is just how I am.

Forty, today I am forty! So many never made it this far. And all those who have know that it is not enough. Forty is not enough years, no matter how selfish we are for feeling that way. And so if I am to be honest, I will end with this: When I was a child, my mother called me Kat. I hated that nickname. I refused to respond to it. But perhaps there was something in it. I think back to being 4, 9, 24, 34, 37 and all the surrounding ages; I think about drowning, a terrible car accident, a gun at my head, an aggressive form of cancer, an aggressive form of cancer again, and all the surrounding joy and pain; and I am honest and selfish enough to acknowledge this: Yes, maybe that's right. Maybe that's what I am: A Kat. If that is to be the case, would that the four lives I have left turn out to be half as interesting as the first five have been. Here's to another 40, or however long that takes. 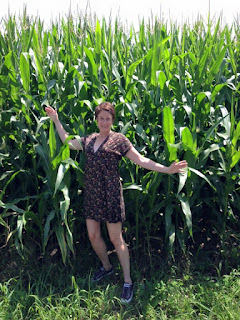