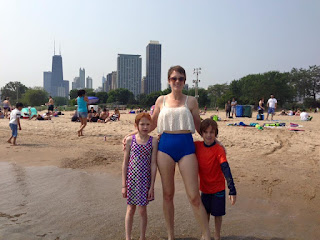 Two years ago today: Waiting for the ring to come, knowing it will, hoping it won't, dreading it. Hearing it, hesitating only slightly, closing the door, answering it. Hearing the voice on the other end crack, pause, take a deep breath, tell you what she's been trained to tell you:

Crying furiously and fast, wondering why your tears never last more than 30 seconds, envying people who can get lost in emotion. Asking the questions you need to ask, getting impatient with her, wondering what you will say to your new boss at your new job based in another state that you haven't yet started. Hearing the pain in the surgeon's voice when she tells you that you will need to amputate, being angry that they don't just call it that, telling her you know already, because something went wrong and would just keep going wrong, there was apparently no stopping that.

It's come down to this, a rogue body part playing bad guy. You have been stripped of some of the things that other people used to define you, your hair, your perky breasts, eventually, your quick brain, at least for a while, and your energy. You are no longer a cancer survivor, at least not the right kind. You know that everything you have and haven't done for the last three years will be scrutinized by some people who are looking for a way to explain your bad luck. You know that no one will ever admit it, but some see this second cancer as a statement about you and what you have brought on yourself. You don't care about that and you never have, and that seems impossible, but it's true.

You should feel more loss than you feel. You have lost a lot of things, not just this time, not just in these last few years. This time you should mourn different things, especially your peace, your ability to worry about what other people worry about. You acknowledge the difference but you don't grieve it. You have lost people, a lot of people, though you have gained them too. You have lost many things, but it doesn't seem like it, and even on the days when it does, it doesn't seem to matter. You recognize that you have always felt that way, as if you acknowledge your own loss in an almost objective way, as if it is obvious, but not particularly interesting. You read a book once wherein one broken character says to another "you aren't fine. just brave." That seems almost right, but not quite. You are fine, and not particularly brave. You have no choice but to be fine. There is fine, and there is dead. Pain and suffering end, or they don't, because you die. There is no bravery in pushing through the only option you've been given.

You are the same woman now as the girl you were then. You have not changed, especially in your faults. You are stubborn and willful. You do not care if and how people judge you, though you probably should. You yell too much. You talk with your hands flying all over the room. Other women go first to hurt, or bitterness. You go straight to rage, and then it passes. Or, you go straight to humor. You are more sardonic than you used to be, but not by much. You don't hold grudges, and you often don't know why other people do, and it's not because you aren't paying attention, but because you honestly don't KNOW. You sometimes get your feelings hurt, but not often, and that can mean that people say things to you they wouldn't say to other people, and it should bother you, but you let it go. You are impatient and sometimes manic. You get too lost in your own thoughts, sometimes you forget how to talk to people. You never stop doing the things you do. You are not self-destructive. You are suspicious. You rarely illicit sympathy, and you never have, even as a child, and your husband has told you that you wouldn't want it anyway. You spend long periods of time alone, and you never feel lonely. You are antsy. You pace. You do not sit still. You do many things at once. You keep doing things.

You had three years, and then it should have been a new beginning, but you went right back. You've had two more. 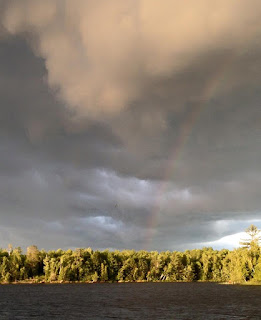 These five years, these two years, have been years filled with things and happenings and everyone getting older. You have been unhappy and happy in these years. You have tried to figure out something about yourself, whether something is missing. Why don't you feel more urgently, why don't you fall apart? You once had the nickname "ultrasane," and you never knew if it was an insult or not, and you proved true to the name by not worrying if it was.

You think about it, but not very often: Waiting for the ring to come, knowing it will, hoping it won't, dreading it. Hearing it, hesitating only slightly, picking up the receiver, closing the door. Hearing the voice on the other end crack, pause, take a deep breath, tell you what she's been trained to tell you.

You find it hard to admit, but before you cried so quickly and furiously, you felt sorry for the woman who had to tell you. You thought it must be hard for her, to have to do that all the time. You closed the door so your husband wouldn't hear you hearing the news you knew was coming. You had to tell your mother and your brother. You didn't want to talk to your children. Other people's responses to your bad news have always been the most painful part of life for you.

You thanked the people who responded, who didn't leave, and you did it much more than once. One day last summer, you said:

I couldn't foresee that I would be in the same boat three years later, but that is not what is relevant today.

What's important is that I'm still in the boat. I haven't capsized yet.

Thanks to those who are still swimming next to me, still standing there with a life jacket. One of these days, I'll meet you at the beach.

But then, you've been going to the beach all along. You often don't think to call anyone and you don't always get in the water. But you've never stopped going. That comment about the beach: It was the right thing to say, and it wasn't. Like everything.

You float. You lie still, arch your back, look too long at the sun. You feel cold and warm at the same time. You can hear people talking, but they sound impossibly distant. You end up much farther from where you began than you expected.

This is what you have, this floating, and most of the time, it makes up for whatever is missing.

I've already met you at the beach. You might not have noticed me, but I've been there all along. I just haven't quite known what to do with myself when I'm there. Any minute now, I'll cut the water with my legs and join you in the shallow. Promise. 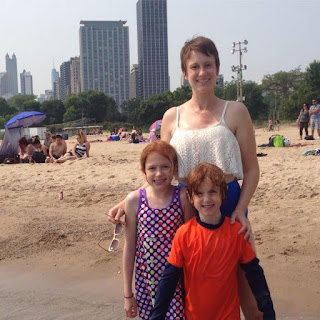