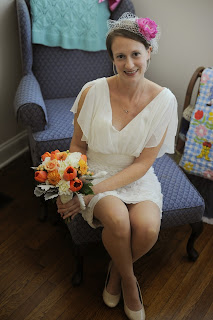 One year ago today, I finished my six month round of chemo. It was the second time that I did chemo for the last time. The chemo I chose was an "old school" model; it seemed more innocuous, in that it didn't throw me into menopause, I could eat, and I didn't lose all my hair. But over the long course of six months I had a variety of side effects and issues, both large and small. Part of the thing about chemo is that all the outside world considers about it is the POISON aspect. They think about how it kills your immunity and your hair follicles. Well, not all chemo does that, or at least not to the same extent. My blood counts stayed excellent throughout chemo last year--until the massive hormone changes brought on by the drugs (something almost 100% of women and girls experience from chemo, though it isn't talked about as much) made me bleed so heavily and for so long I became anemic. I had terrible vertigo while on chemo; I hardly realized how I walked, and even drove (I shouldn't have been driving, probably, at least not towards the end) in a state of constant crookedness. I was often in a near-faint. My hair thinned. I had terrible fatigue; something I hadn't really experienced the first time around. The AC chemo brought me to my knees, to be sure, but this MF chemo was a sly one--I would feel ok and then my body would just give out, I would feel as if I could not move. I had chemo brain, and truth be told, I still have it. I am oddly ashamed of that fact. It has gotten better, but for more than a year I couldn't concentrate enough to read a book straight through. I wrote lists of things, including people's names. I couldn't remember anything. And please don't tell me I'm just getting older, or that I'm a mom, or any of that. Those things are true. But on top of that--on top of all that--I was going through six months of chemo, and it caused chemo brain, which is a terrible name for a very real problem.

This is all to say that chemo is awful.

And I did it again, and I would do it again, if I have to, which I really, really, hope I won't.

I say this knowing it might not have worked for me either time. My oncologist was honest with me about that when he told me the second time that he understood if I didn't want to do chemo again. He said, there's a high probability it won't work for you, because there's a high probability you won't need it. But there's nothing else for you, so if I were you, I would do it. We could give you different chemo. I asked about platinum-based chemo, saying I didn't want to do that, and he said that for someone like me, TNBC, but not BRCA positive, no evidence of a DNA-repair-resistant disease, very early stage, with all the cancer successfully removed, there was no evidence that would help me above anything else. We sat there looking at each other, contemplating the absurd crap shoot. I railed against the idea in my mind. I said I still didn't want a port, even with six months of infusions. I said I didn't want to take side effect meds (and I didn't--none at all for six months; they gave me half a dose of Zofran through my IV before each infusion to make sure I wouldn't vomit up the drugs, and I relied on acupuncture to help with all the other side effects).

And then I danced that dance again, and started chemo two weeks before I started a brand new job based in another state. I did the second round of chemo with my family. I say that because we went through it as a family, and almost as a family alone. Friends and others had a hard time knowing what to make of a person doing chemo AGAIN. Wasn't I supposed to be done? Didn't I beat that already? It couldn't be that bad, right?

Of course, it was bad. In some ways, having to do chemo again was more devastating for me than having my breast amputated--in fact, it was more devastating without a doubt. But here's the thing. We have created this weird cult of personality for chemo. We talk about chemo, and oncologists, and cancer treatment, in a way that we don't talk about any other health issue or disease. We've created a cancer conspiracy, where chemo really kills you, and oncologists want you to suffer and die, and the poison will take everything good from your life.

And yet...look at me now. Look at me for almost the last five years. You can go through hell and come back. Some people go through hell for their entire lives. Many people with epilepsy do this. Anti-convulsants are just as poisonous in many ways as chemo. What is chemo? Chemotherapy just means chemical therapy. Most chemos, though not all, are derived from plants. They are no more unnatural than anything. Hell, there are berries and mushrooms in the pristine wild that will stop your heart in an instant. You can go on and on about the health benefits of pot, and you're welcome to, but you might get some with some bad chemicals put into it by some shady dude and be screwed. There are "natural" supplements that cause heart disease. My liver was poisoned by Depakote (a drug that caused high levels of toxicity in my body and that I would hate to take ever again, but that other people take gladly for depression, not just seizures) years before it was poisoned by Methotextrate. When I was 26, I had my gallbladder removed, and they showed me a picture taken with the laproscopic camera of a liver that belonged to a 65 year old alcoholic, not a 26 year old who was straight-edge for almost all of college and then some.

When I went in for chemo, I refused the drugs other patients asked for more of: Benadryl, Zofran, Ativan. If chemo brought me to my knees, those easily-accessed, common drugs made me feel like I had no knees at all.

So it was hard. And yet here I am one year later, one year after "finishing" chemo...again: active, healthy weight, fertile, still relatively brainy, kinda cute hairstyle, the only adult I know who hasn't gotten a cold or flu this winter. My immune system is kicking ass and they gave me a raise and a bonus at my job and my kids are a year older and my husband still loves me and my friends still tolerate my eccentricities. You do it, and it ends. Or even if it doesn't, you do it. Because what else is there to do? 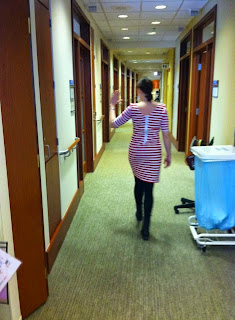 This leads me to what will be a short discussion of this very disturbing story about the 17 year old girl with Hodgkin's lymphoma who is being forced by the government to do chemo. This story is unbelievable to me on many levels. The first is that agents of the government believe they have the right to force drugs into someone's body. She is a minor, I suppose--but barely. How is it possible that they can force her to have a port? I didn't agree to that, and I refused to be treated at a hospital that would have made me have one placed. Port surgery is real surgery. Can the government enforce surgery? The port itself is not life saving. The side effect meds are not life saving--are they going to force her to do those too? Where does it end? Could someone have done that to me? Could they have said, but we think it's better for you to weigh 118 pounds and never sleep at all for a week at a time than to be nauseous, 110 pounds, and sleep at night? Because I would beg to differ.

Who gets to decide? The answer is obvious: she should. And please don't start in on things like measles, or ebola, or leprosy or smallpox, and the government making demands about vaccines, medication and quarantines. No one can catch cancer. No one else has their life put in danger because I, or someone else, has cancer. You and you alone suffer through this disease. The same is true for all non-communicable diseases.

She should have the choice. But the second thing I don't understand is why she would make that choice. Her cancer is incredibly survivable with chemo and incredibly deadly without it. To believe otherwise is to believe in the conspiracy. Where did that idea come from, who started the story about the cure being worse than the disease? Have you ever seen someone die from metastatic cancer? It is a horrible death, natural or no--people rarely go out without extensive suffering. Cancer is not a heart attack. And in this case, hers is not a gray area like mine, where no targeted treatments have been developed. I did chemo knowing it might not work, that the chances were high that it might not, but also knowing that there was no Herceptin or Tamoxifin or anything else for me. Women with all kinds of breast cancer do chemo knowing that if their cancer metastasizes, they will have terminal cancer. Not all cancers are that way. If I had been told that I had an 85% chance of being cured with chemo and an equal chance of not living to 20 without it, I would have probably put the needle in my arm myself. Those kinds of chances are a gift straight from science. It's a modern miracle. It's the legacy behind a woman I see at my local pool who has raised three boys and is almost 30 years out of the same kind of cancer this young woman has. Her biggest medical complaint these days is (natural) menopause. If I hadn't shown up bald at the pool, I never would have known she had cancer in her early 20s, had gone through extensive radiation and chemo, had a recurrence, and survived. It's not like you can TELL.

But it isn't for me to say.

What is for me to say is that chemo is chemo, it is an attempt to eradicate a disease that is not well understood today but it much better understood than at any point in history. Chemo is very hard on the body, but the body can be very hard on itself. Drugs were hard on my little body as a child as well, but they led me from a place where I had 100 seizures a day and inevitable brain damage and cognitive delay to a place where I had zero seizures a day, a normal childhood, and a chance for an intellectual career.

Sometimes it's true that the drugs don't work, they just make you worse. And sometimes, that's just a song to sing when you're feeling hopeless. I am so grateful to not be in the middle of chemo right now. I am so glad to have made it a year past treatment. And yet, there is a part of me that is afraid of this one year mark, because if my cancer is bound to come back, it will probably be in the next few years, and I will be that much closer to the potential end of my life, which seems more unbelievable than any other thing. 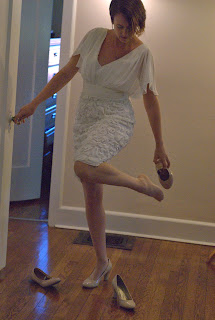 It's better to live in it and be of it than to turn away from it in fear of what it might do to you.

This is just to say. A year later, and I'm still trying to walk away, still exhibiting too much attitude, still writing this, still here.
Posted by Katy Jacob at 5:02 PM