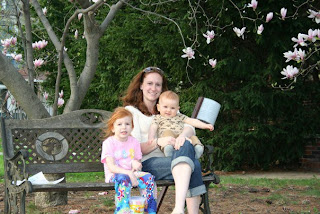 Three years ago today, I felt a lump in my breast.

I was very perplexed. This “lump,” which really felt more like a thin, hard line, seemed to come out of nowhere. I was a nursing mother, still nursing or pumping milk for my 11 month old son at least five times a day. That meant that, unlike most women, I was constantly manipulating and feeling my breasts. And yet, I had never felt this before--and the way I found it was nothing short of comical.

My husband and I had just made love. He was telling me how beautiful my body was, and, like many women, I had to find something to criticize about myself. I grabbed my breasts and said, but look at these! They’ve gotten so small! They were so huge when I was nursing Lenny! What the hell? And…

Oh wait, do you feel that?

He did. Later he would tell me that he had felt it a few weeks before, but we were busy having fun with each other so he didn’t say anything, and he assumed it was just a clogged duct or something, because he never felt it again—until three years ago today.

I didn’t sleep much that night. Once you are aware of something that you were not aware of before, that thing looms large in your consciousness, and suddenly, you are amazed that it hadn’t been glaringly obvious. That night was a Monday. The next morning, I called my OB/GYN and said I felt a lump in my breast. They told me to come in—that morning. I was, frankly, shocked at how quickly they addressed what I assumed was nothing.

The doctor also thought it was nothing. He gave me an extensive breast exam and said that he felt what I felt, but it was probably a clogged duct, or the beginning of mastitis, but that “with breast issues, it isn’t worth it,” so he gave me an order for an ultrasound anyway. He told me to call him when I got the news that everything was fine.

I’m sure he’s never said that to anyone since.

Of course, everyone knows now that it wasn’t nothing. A week after I felt that hardness in my breast, I had that ultrasound, which turned into a mammogram, another mammogram, and 7 core needle biopsies all on the same day. My mom was with me at the hospital, because my son had the stomach flu and my husband had stayed home with him. The day after the biopsies, I received that call—the one that told me that it wasn’t nothing.

It was three cancerous tumors of a rare and aggressive type.

So this whole thing, this whole process, started that day three years ago.

People assume that it’s over. Maybe it is. But there’s a much higher likelihood of me having a cancer recurrence or dying of cancer than there is for you to have a heart attack or get hit by the proverbial bus tomorrow. When I continue to feel short of breath and my breastbone continues to hurt, I have a responsibility to call, not a general practitioner, but an oncologist. I have to listen to the physician’s assistant say that she thinks I might have anxiety. I don’t bother to explain how many aches and pains I have that I never mention—including excruciating pain in my pelvis at some times that would force many cancer survivors to go into full panic mode, especially because the pelvis is a very common site of breast cancer metastasis. But I am not a normal cancer survivor in that sense—cancer is not the first thing I’ve had to contend with in this life. I am used to that pain. I don’t panic with every headache, I don’t worry every time I’m so tired I fall asleep on the couch at 9 pm. I haven’t done anything drastic with my life and I don’t walk around scared, sad, or lost.

I am somewhat relieved to hear that the oncologist probably wouldn’t order a scan for me yet, even if my breathlessness and pain doesn’t go away. It gets better at times, it gets worse after I do chest exercises, and it’s entirely possible that I’ve pulled a muscle or that it’s chostocondritis, which is relatively common after radiation to the chest (and chemo).

I know this, but I also know that it could be metastatic cancer to the lungs or sternum, which would be a fatal condition. I walk around with that knowledge and then shrug it off, and it’s hard to explain to anyone who doesn’t have to do that regularly how impressive that feat really is.

I want to stress that it has been three years since I felt a lump in my breast, but I have been a breast cancer survivor for many more years that that. At the time of diagnosis, I was told I had probably had cancer for three to five years. That means I had cancer the entire time I was pregnant with and nursing my son. It’s possible I had cancer while I was pregnant with my daughter, though I am convinced that my cancer formed either with the breast changes of my first pregnancy or shortly thereafter.

While I had breast cancer, I began raising my first child. I changed jobs. I formed and brought another human being into the world. I ran circles around my husband with my manic energy. I am 37 years old, and it is quite probable that my entire thirties have been spent living in harmony with or in opposition to CANCER. 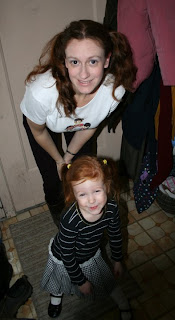 That is not something that anyone expects in the prime of her life.

It is the smallest things that have the biggest impact—especially if those things are 0.6 cm, 1.1 cm. and 1.6 cm in diameter respectively. As I said back on December 10, 2010, when I finished cancer treatment:

Back on May 4th, three small, aggressive, rare-type tumors hiding insidiously inside my lactating breast were taken on by the following:

And too many side effects, manual breast exams and over the counter and prescription drugs to mention.

I wish they had let me keep the tumors so that I could laugh at the disparity of all that needed to be done to combat some lumps that when put together were the size of maybe two pieces of popped corn.

I will never be able to go back to being the person I was on April 26, 2010. That person did not know what was coming, what would change, and what would be lost. She also didn’t know what she would hold onto—the core of herself.

Three years ago, I felt a lump in my breast, and though I did not know exactly what it meant, I knew that things had shifted, and that it was possible that the lighthearted moment of self-criticism I shared with my husband would forever be marked as the moment that denoted before and after. 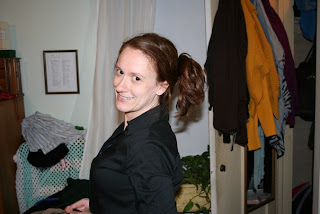