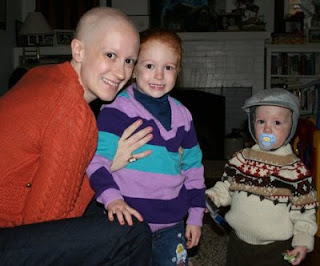 As I sit here, 32 months after starting this blog, I would love to be able to say this to you:

I actually had cancer. My cancer was real. I might still have it, for all I know. It might come back, I might die young, and even if not, I live with that fear.

So these people who make shit up about cancer are really starting to piss me off.

Today is a bad day for those of us who don't equate "lying" with "cancer."

We've got Lance Armstrong to deal with, as he goes and talks to Oprah to confess to something that I am supposed to care about because he had cancer, and I had cancer, and therefore we are the same person yadda yadda. During cancer treatment, it was all I could do to stop myself from losing it on people who would tell me that I would make it because "look at Lance Armstrong." OK fine, I'm looking at him. He had testicular cancer, people. His cancer metastacized to the liver and lungs and brain and you know what? Whether or not he doped and lied and acted like an asshole, whether or not you think he is a hero or a scumbag, here's the thing:

Women with metastatic breast cancer, especially that which spreads to the soft tissues, especially if it's triple negative, will NOT, let me repeat, will NOT end up like Lance. Prognosis is given in months usually, not years. There is no cure.

So no, I did not relate to him, not even for his cancer stuff. I also don't think there's any reason that cancer patients can't be both heroes and assholes. We are people. Having cancer should not change that fact, so judge the guy on some other basis and please leave the rest of us out of it. We're all sitting here at our day jobs, neither rich nor famous, hoping for the opportunity to see our bodies decay naturally, and we don't have time to listen to that crap.

Now, on to the other side of the lying about cancer coin. If you go to wikipedia, you will find all kinds of information dedicated to this apparently popular concept of the cancer hoax. People getting money based on false reports of cancer. Women shaving their heads and their eyebrows so they can play dress-up cancer. College football stars who claim they really did believe their girlfriend was a real person, a person who died from leukemia.

If you ask me, there's no way in hell Manti Te'o wasn't in on the whole thing. It's impossible. But, you didn't ask me. So let me say this.

Look--I met my husband online. We exchanged a few emails. We met in person for dinner. We started dating and sleeping together like normal, actual people, and we fell in love and got married and had kids, so I am standing here to tell you it can happen. And then, after all that, I was diagnosed with cancer. REAL CANCER. And he cared for me, shaved my head, injected syringes into my hip to keep my white blood cell count up, consoled me while I vomited, took care of our kids.

He sure as hell didn't say, oh you have cancer? I am too busy to visit right now. I have to go play football. And I will also be too busy for your goddamn funeral, and oops, I forgot to write an obituary. 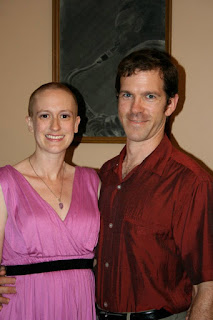 I cannot even wrap my mind around these sick people who make shit up about cancer. It makes me swear even more than usual. It's especially bad when it's done for money, or to garner sympathy in order to win a trophy, or for some other inherently selfish reason. I know that there are people out there with some form of mental illness that leads them to lie about having a disease, and though it's very hard for me to sympathize, that's at least better than just being a complete jackass who is looking out for himself and doesn't give a damn about people who are actually suffering from the disease that he is LYING about.

When I had cancer, I felt extremely lucky and grateful that people helped us like they did. Friends and family brought us meals, did chores for us, helped watch our kids, and occasionally ran errands. They sure as hell didn't give us MONEY. Now, I don't begrudge people who do get money through fundraisers when they have cancer, because cancer is an extraordinarily expensive disease. It can wreak financial havoc on a family. In a way, I was "lucky" to have had a pre-existing condition (epilepsy) that required me to sign up for HMO rather than PPO insurance, because I went through all the crap I went through and paid for almost nothing. But I get it. And the truth is, most cancer patients would gladly just have the prescriptions and procedures covered by insurance than take money from folks. And we sure as HELL aren't seeking fame.

And we are the very real people who are affected by other people's make-believe. When I was going through chemo, I started having difficulty figuring out how to balance work and cancer treatment. By that I mean that while my co-workers and managers and HR staff were sympathetic and flexible, standard policies were not working well for me. Short term disability, for example, should have been an option. But with my chemo schedule, I would have a few very bad days and then feel fine--well not normal person fine but cancer patient fine--for a week or more.

I argued that it wasn't like having a broken bone or having surgery. It wasn't like oh ok, I'll take 4 weeks off and then be back to normal. It was months of treatment, with highs and lows that were easy to predict along the way .I said that there was no reason I couldn't do my research job during treatment, especially since my manager didn't mind me telecommuting if necessary. I remember when I first started chemo and I had the morbid insomnia, and somehow my mind still functioned well even on no sleep at ALL after multiple days. My mind was fine, so I could work, but on the last few days of that I could not get out of bed without falling over. I called my boss and told her this. She said fine--work from bed today. And I did; I was quite productive actually, probably because I was going insane. And when I started taxol chemo, I felt very good, comparatively, and then I learned that my WBC count was so low that I could die from any germ, so therefore I couldn't be around people. Again, I worked from home after clearing it with my manager.

Over time though, it just got to be a pain in the ass to deal with the paperwork. My boss came to bat for me. She was great. The HR rep felt for me, but said that the policies were as they were so that people could not take advantage of them. I sat there for a minute, absorbing this.

I looked at her very carefully and pointed to my bald head. I am not making this up.

She was shocked and said, I know, I know! Of course you're not.

At the end of the day, I worked through two surgeries and 7 chemo treatments. I took time off for three months during the "easiest" part of treatment--the last chemo and radiation--not because I could not work, but because I was tired of trying to jump through hoops that were erected to deal with hypothetical people who would only experience disease hypothetically.

And that's a very real example of how the liars in the world cause real life problems for people who actually have the disease that others just play on TV.

If you want to make up a girlfriend, have at it. Delude yourself and everyone around you. Spend time on your elaborate lies. I don't care. You can even kill her off in a freak accident. Just leave cancer out of it, ok?

As punishment, I think anyone caught perpetrating a cancer hoax should be ordered to spend time in a children's hospital where there are children dying of cancer. Talk to their parents. Try to figure out how to respond when a dying child speaks of the future she will never have, or worse, when she doesn't speak of that future, because she knows she will not have it. Go to any hospital in the country and find women with breast cancer, REAL cancer, because every single hospital in the country is bound to have some of these women. Ask them how it feels, what it's like to do things to your body that you know are atrocious and poisonous but you do it anyway because you have no choice. Read their blogs, especially the really honest and difficult posts that talk about the pain, humiliation, suffering, and death aspects of cancer. Go volunteer at a hospice center. Interview kids who don't remember their mom or dad because cancer ripped them away when the kids were very little.

You can keep your apologies and your contrition and your explanations. That is not what I want from you, cancer hoaxsters.

Do you know what I want?

I want to trade.

I would like to trade for your healthy. I would give you my pretty, or my smart, or my skinny or whatever it is that I've got that you'd like to have, and I would trade.

So that I would not have had cancer, nor have its specter hanging over me and my family.

Because my cancer was real, and everything that I have said about it in this forum has been real, based on my actual experiences and how I interpreted them. They might not be what people wanted or expected to hear, but I promise you this:

These words are true.
Posted by Katy Jacob at 2:01 PM