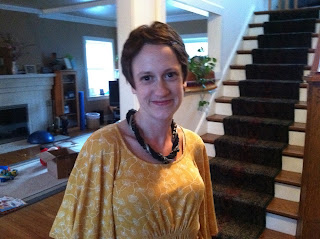 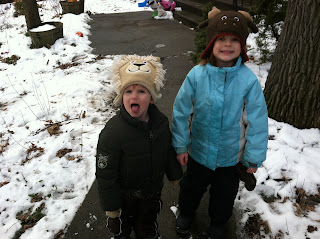 So I know I’ve written a bit ad nauseum about how cancer makes parenthood a little harder than it already was when I was just a normal, hard-ass working mom. For the most part, I think I’m the same kind of parent that I was before, but sometimes I wonder how I might react to things differently if I didn’t have the Big C lurking in the background all the time. Would I handle things better, or worse? Would I be more understanding, or less? Obviously I can’t turn back the clock, so I’ll let you be the judge. Here’s how we do it around here. I will vote for myself as a good mom, on the evidence that my kids are smart and interesting and reasonably happy and they make friends easily. I  can’t have screwed up too royally. But maybe you’ll disagree…

Here's an example of a conversation I had with Lenny, two days ago, when I was watching both kids while working from home and Gabe was at a conference after getting in a major car accident on the way there:

Mom, when were you born?

What do you mean? What day? Year?

OK, well I was born on August 22, 1975. I don’t remember the day of the week, but I bet your meemaw does. You were born on Wednesday and your brother was born on Friday.

I was born on a day of the week before Augie?

Listen, rugrat, not everything is a competition. Anyway why do you think I remember?

Because you had us.

Yeah you came out of my body so it’s hard to forget.

Would daddy forget? We didn’t come out of his body.

How come only mommies have babies?

Because only women can have babies. (Thinking to self, REALLY? You need to ask this NOW? When all hell has broken loose? Is it like a sixth sense?!) We have an organ in our bodies called the uterus, in your belly, and that’s where the babies grow. Men don’t have one. Then the baby actually is born through your vagina. Obviously men don’t have those either.

So someday if I have children I’ll be the one to have them?

If you choose to have kids, yes.

IT’S NOT A COMPETITION. And no, he can have kids, in the way your dad has you guys, but he won’t give birth to them.

So the only thing a daddy has to do is marry the mother?

(Total exasperation at this point—trying to review a paper for work): No. It’s more complicated than that.

So what do daddies do?

Lenny, I’m just not prepared to have this conversation with you right now. Do you want a snack?

OK. Can I see the weather page?

YES, YOUR SISTER IS ALLOWED TO PUSH YOU IF YOU SIT ON HER HEAD.

GET OUT FROM UNDER THE TABLE OR I WILL HANG YOU UPSIDE DOWN BY YOUR TOES.

STOP WITH THE CHOKE HOLDS!

IF YOU HAVE TO TAKE FLYING LEAPS AND LAND ON PEOPLE, FIND YOUR DAD.

IF I HAVE TO PLAY THE GRUMPY OLD TROLL, YOU CAN ONLY GO UNDER MY BRIDGE. IF YOU TRY TO GO OVER AND JUMP ON MY LEGS I WILL…

“Hang me upside down by my toes?”

And so on. And right when I think he is just the most ridiculous bruiser in the world, he asks to listen to Yellow Submarine so he can dance. And somehow he’s really good at gymnastics, and can walk on the balance beam on his tiptoes. And he has perfect pitch. And he’s really cute, so I have to leave the room all the time to laugh after getting pissed at him. He tries to dominate conversations by singing. He’s as willful as me, if not more so, and much louder than I ever was. I argue with him about eating, he says, “I want to get down and play.” OK, that is obvious, how about this instead, or you know what, you won’t starve.

Lenny is so jealous of her brother, and so bossy, and also so ridiculously bright. She’s five, and she’s doing division, reading chapter books and coming home from school with political maps of Africa that she color coded herself. The biggest issue we had when she had to wake up early this Saturday to go to the test to see if she can get into one of the selective enrollment gifted public schools was whether she could have a doughnut for a treat. She’ll probably end up at the regular public school. People tell me this is a shame, that she’ll be bored, and I say all the right things and think to myself, what the hell, it’s first grade, it’s not like public school will beat the smart out of her.

Me on the other hand…who knows? Maybe I would have been this way all along—the one who talks to my kids like I am the absolute dictator of the land, but on the other hand asks them to explain to me what they’re doing, make up a story for me, and all of that. Maybe I would have put more thought into parenting and the right way to do it if I hadn’t spent most of Augie’s life unsure of how long I would actually get to be a parent. With Lenny, I feel like I thought about that stuff more. Now I’m just trying to get them to their maturity. Lenny is so pretty and boys like her already and I find myself wanting to toughen her up, make her scrappy like me. Augie is so wild and exuberant and I love it, I just think to myself, dear god I hope the kid just lives—that’s it, that he lives, and doesn’t turn my hair white too soon.

The kids play with Gabe, and they ask me what words mean. Sometimes I think they already know everything and just do this to humor me--or at least that might be the case with Lenny. I do the jumble every day in the paper and Lenny asks about the words she doesn’t know—and I just repeat them and use them in a sentence, or give her a straight definition. The other day, one of the words was biopsy.

Yep, that’s it, that's how you pronounce it..

And she smiled at me. And didn’t ask me a thing.