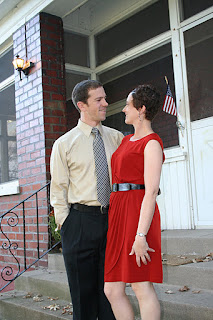 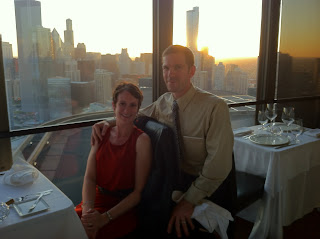 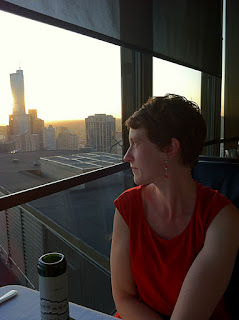 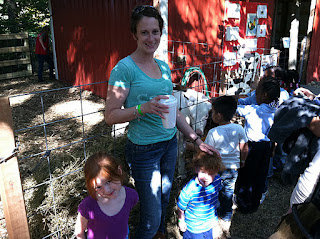 Hmm, that title is not quite right. I guess that just came to mind since I'm thinking about drugs today, and I recently asked Gabe to make me an itunes playlist of all my favorite workout jams from the last ten or so years and that song's in my head. We never buy music so that was a shitload of downloads, for sure. This was for our seven year anniversary, which just happened on Sunday. I was going to write a blog about that, about cancer and marriage, about what we've been through together, but then...I don't know, I just didn't feel like it. We went out, he surprised me by taking me to Cite, the restaurant on the top floor of Lake Point Towers, and in response to my last cancer poem, I guess I'm over the fear of heights thing for real. A year ago I wouldn't have wanted to sit by the window there. This time I just took a lot of pictures. Then we went to the theater, and maybe because we had split a bottle of Malbec, I was that lady with the husband who was falling asleep. And the show was hilarious. So what else, we had a great, warm, weekend with the kids, enjoyed each other the way married people do, I forgot to buy a card, he bought be beautiful flowers, I got him an 8 in one hammer tool (hey, he loved it), and I didn't have much time to say anything about it.

You know, we met and fell in love when we were 27, bought and sold a house together at 28, married at 29, had a kid at 30, had another one at 33, I got cancer at 34, and now we're 36 and seven years seems like what time and life are like in general: it's short, but also long. It's nothing in the scheme of things, but a whole lot of shit has happened. And at the end of the day, we're still that annoying couple that gives each other those looks and sometimes our friends say things to us like you guys act like a couple of teenagers, and then they walk away in disgust. So I guess we've done ok, gotten past that seven year itch, and we still have a good thing going, better than most. I'm just not sure cancer changed any of that very much. Now I know Gabe thinks I'm hot bald. Now we know what it's like to deal with life and death issues. Now we know that our daughter can give a preschool tutorial about chemo. We've done our best to live up to our vows, even though there are times when I know I'd like to throw Gabe under the proverbial bus (never the real one) and I'm sure he feels the same. So, for better or worse.

I'm writing the blog tonight because right now things are better, since boy have they been worse. A year ago today I walked out of the chemo infusion suite for what I hope to God is the last time. I did chemo for a little less than four months, and it seemed like four years. Some people say that chemo isn't so bad, others say radiation is worse. Well, chemo was hell twice over for me. I'll never know what was worse--the chemo itself or the other drugs, the Neulasta, the side effect meds, all of that crap. Together it was like some kind of cruel experiment on this small body. I'm mad at myself for weighing almost 120 pounds right now, since my goal is to stay at where I was pre-cancer: around 117. I have gained a decent amount of muscle from working out (plus, my muscles aren't being wasted by taxol anymore; my arms actually look kind of buff in those last two pictures!), but every time I get mad at myself about gaining a few pounds I remind myself how awful I felt at 110. At 113, I felt human, like I could almost be myself. During AC I dipped below that every time and watched in dismay as the scale went down. As every parent knows, the less you weigh, the more every pound counts. I had never known before what it was to eat just to stay alive, not for pleasure, not for the social aspect, but just because you know you have to in order to survive.

And I never knew it was possible for your body to forget how to sleep, or cry. I never knew you could feel so ungodly awful and look so relatively normal at the same time (bald, but normal). I never knew how normal life would be as it just kept rolling along, how everything else wouldn't really change that much, while your body was at war with itself, rejecting itself.

When I was a kid my mom would tell me that I was a trooper. I heard this all the time, as I dealt with epilepsy, dealt with the aftermath of my car accident. I asked once what that meant, and she said something like, a trooper is a soldier who does what he is told to do and doesn't complain. And she was right--I didn't ask many questions; I accepted my fate. I never complained. And that was probably the right thing to do at the time, because, what choices did I have? I was a trooper.

Well, forgive my french, but fuck that. I grew up at some point. Those early experiences taught me to wonder if doctors really knew what the hell was going on. I learned about my body, learned to trust it, to pay attention to what it was telling me when everyone else told me I was crazy. And then this shit happened, and let's face it, I knew it was happening, I knew all night on May 2nd while I stayed awake in bed listening to Gabe snore while I felt the newly-discovered thin hard line in my breast. But I didn't enlist in cancer. That's how they treat you, though--here are your marching orders. Take them, no matter what punishment we prescribe. Say thank you sir, may I have another? And look, I did what was asked of me, because again, I didn't have a lot of choices. I did two surgeries, 8 rounds of chemo, 33 rounds of radiation and a lot of bullshit in between. But I let them hear about it. There's a time to not complain, and there's a time to shout out to the rooftops. Don't tell me this is normal. Don't tell me menopause is the least of my problems. Don't dose me on that poison based on a 125 pound woman because that's what you think I should weigh. Don't tell me about your goddamn vacation and then inform me you don't have time to do my second lumpectomy. Stop giving me those bullshit side effect meds that are making me clinically insane (because, after all, many of them were actually anti-psychotics), don't tell me what to eat, don't tell me not to worry about my heart not working properly as it beats 125 times a minute while I'm lying down.

If ever I wondered if I was still the same hot-tempered stubborn girl I was as a child, chemo brought me back there. And maybe chemo saved my life. Who knows? In one sense, who cares? I had to do it, but I didn't have to like it, and I didn't have to buy in to the idea that there was a lot of beauty and hope involved in the experience. It sucked, and I thought it would never end.

But here I am, a year later, a year with no poison. I have avoided drugs like the plague, have been hesitant to take antihistamines in this horrible allergy season, stopped taking vitamins. I can hardly look at pudding or a bowl of fresh spinach. I'm writing this on day one of my ninth post-chemo period (TMI? too bad). I just don't feel like I even resemble that person I was a year ago, that woman who was so unbelievably glad to have offered her arm up to the poison for the last time, but who still had to go through radiation, still had to wait and see what, if any, chemo effects were permanent. I was still so deep in the middle of cancer, and now I'm not. Now, I just fear the known, rather than the unknown. I'm afraid of going back there. I'm afraid of mets. I'm afraid of dying.

But you know, I'm afraid of these things in the way that I used to be afraid of heights. You put me in the situation, and I'm afraid. Most of the time, though, I don't think about it. It's just there, lurking in the background, this strange passel of fears. I think about it, shrug, turn up the Ke$ha on my new playlist. I can still think of myself as a trooper, right? The one who's afraid, but does the thing she fears anyway? I'm just not quiet or very complacent about it, which can make me unpopular on this subject, and I know that. I guess I'm that guy who got drafted and asked all the other stoic guys what the hell are we doing here, this shouldn't be our fight, something is wrong with this picture, and then kept shooting so he wouldn't get killed himself. No wait, I can't be that guy, because I don't like cancer-battle metaphors. I guess I'm just me, that stubborn, pissed little pill of a person. A pill who's gone a year past her poison. It's something, right?
Posted by Katy Jacob at 9:12 PM