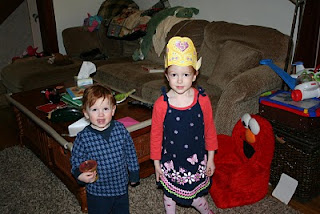 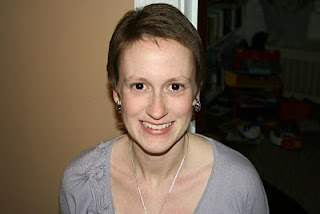 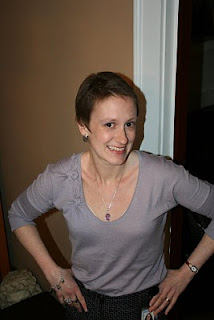 After writing that letter to Lenny last week, I have felt bereft of words. While it might not seem like it was that intense, that was more emotion than I usually conjure up in one sitting. I read back on that and it covers the gamut of the feelings that I've had over the course of my time with cancer, from guilt and regret and grief and fear to the more pleasant, every day emotions like love and humor. And so I find myself with little to say this time, at least in relative terms.

The problem is, I feel like I am living two lives, and it is kind of exhausting. One is the off-kilter life, where I am in the middle of cancer, in the middle of the land of fear and the unknown and wondering what the hell has happened over the last ten months. In the other, I am myself, or some version thereof. And yet my life is still one life. I don't get to live two of them. I have to bring them together somehow. When I want to throw up my hands at work or in a personal situation that seems meaningless and absurd, I realize that I can't actually do that in this real life that I live, or all of the normal that I have wished for will wash away in reality and I will be left with nothing but the off-kilter. It's just so strange to have to purposely choose every normal thing that you do, rather than just do it.

Does that make sense? I mean, the world is as the world was, for me, and for others around me. I have to make decisions at work and figure out what my career path is, something I haven't had time to think about in a few years, frankly. I have to cook, go to the grocery store. I have to try to maintain a somewhat normal marriage. That has gotten easier since my menopause has left and my normal sexuality has mostly returned, along with much of the rest of the normal me, from my energy level to my ability to eat or what have you, but it's hard all the same. In a moment of intimacy Gabe will touch my breast and I can't help but say, does that scar tissue feel like cancer to you, and we stop and talk about it for a while. I have less patience for stupid fights. Gabe worries about me more, and probably lies to me more, when I need him to tell me I'll be fine, when I have never been that person in my life. I'm the one who offers comfort, who doesn't cry. It's strange when your roles switch, even when it's comforting. We are in the process of getting used to each other--eight years later. It takes some extra emotional energy.

And yet while we expend this extra energy, we expend the normal energy as well and we end up feeling a little bit, well, expended. The aspects of life that everyone deals with do not go away just because you have cancer or some other disease or condition. There is no hall pass. I have to take care of kids and figure out whose turn it is to stay home when one of them has a 102 fever for three days and as soon as that kid is getting better the other one gets it. These are the things that all working parents must manage. On the other hand, as I think about this I also have a mystery to solve.

Where did this illness come from, how did Lenny get so sick all of a sudden? Gabe wonders if it's meningitis, my mom wonders if it's appendicitis, and me? I wonder if it's cancer. But in an even stranger moment I find out that in all probability I gave this illness to her--possibly passed on strep throat to my kids. I went to visit my surgeon at the end of last week to find out why my breast was still red and painful and to see if I needed to have an abscess aspirated. She told me that I should wait until I finished the full course of antibiotics and see if I need an ultrasound then, because they were bound to find fluid in there, and since it was starting to heal it would be a bad idea to introduce a needle to the area. She also told me that I could have had simple mastitis, or I could have had a cold, flu, strep, or something else that traveled to the breast--something I will apparently be susceptible to for, you guessed it--forever. Because I took the antibiotic immediately, I never presented with other symptoms besides the fever and chills and aches. So I could have had an illness that I didn't know I had, and passed it to my kids. That's innocuous enough, but it reminds me of this other, larger, unseen illness I once had. The thought of that makes me ignore my pink breast, which is so much better than before, but still a little inflamed with scar tissue that seems to have blown up out of nowhere. I can't deal with it right now--the kids need dealing with, and there is only so much time. My body takes up enough of our time these days.

Did someone once say that your body is a wonderland? Now I know this isn't what he meant, but boy do I feel that way about mine. I wonder about it every day. What the hell is going on in there? How can so many strange things occur in a place that works normally almost all the time? Lately, I feel such a disconnect to things. I sometimes feel that the normal, healthy, working body that I'm using is but a shell surrounding some diseased core that I can't even see. Other times, I feel that the fact of my cancer takes place in a dream, and this body that I see, that others see, is the real thing. It's hard to know what's true.

That sounds deep. I'm just feeling out of sorts due to the mundane nature of my life at a time when everything outside of the big picture seems hopelessly mundane. Ah, so that's the new normal! What a trip.

In lighter news, what do you all think of this pixie hairstyle I'm trying for here? Today for the first time, I used my gel and a new hairbrush and was actually able to get my hair to lay flat. I've been spiking it up on purpose to mask the masses of cowlicks that seem to take over if I don't regain control. But I love all these pixie haircuts that are popular now, and I need to figure out if this look works for me. Do I need it to be a little longer so I can style it more? Should I leave it this length and brush it down, or spike it up? I think it's time to take another vote. Short or long? Spiked or flat?

I never thought I would say this, but I don't think I am going to grow my hair out again, at least not for a long time. It's not just that I like short hair--that's a simple explanation. It's the one that I give when people compliment me on my hair (I must say, a little hair goes a long way in how people interact with me, from women's willingness to acknowledge my existence, to men's interest in flirting, to kids not looking at me twice) or ask me if I plan to keep it. The truth is, I can't imagine having that long, curly, obviously red hair for deeper, more personal reasons.

Maybe the best way to explain it is through this circuitous route. I have a new favorite google search that led to my blog recently: "Someday I will look into a stranger's eyes."

Whoever googled that, you are awesome. First of all, that is just a great search. Second, you have reminded me that some nerdy algorithm took those words and led someone here. And it's perfect. I can see the search terms, but I know nothing of the person behind the search. All I see is the phrase, and it reads like a fortune, like my own personal soothsayer is making a prediction or giving me a warning. Because I'll tell you sister, regardless of what you were thinking about when you typed in those words, that someday is here with me every single time I look in the mirror. There I sit, looking into a stranger's eyes. Who is she and where did she come from, how did she get in my house? Perhaps that is why Ceasar laughed in the face of the threat. Beware the Ides of March indeed. If something so strange could come true, what is there to do but laugh?
Posted by Katy Jacob at 8:33 PM