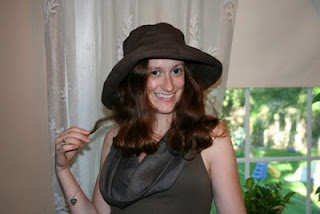 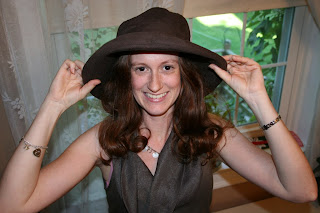 Today I had some firsts. Specifically,my first time getting hit on since I've been bald. It actually took me a little while to figure out what was going on. I was in a diner, by myself, and this guy kept moving tables until he was sitting at the one closest to me. Then the attempted come on started. I was a little confused. And then I was flattered, when normally I would have been annoyed. I also got an "I like your style" from one of the cafeteria employees at work today. I guess it's true what they say--to each his own.

As an aside before we get to more firsts, I am also a total convert to acupuncture now. I feel so much better after I go, and each time I tell myself that it might be a coincidence, or the time passed since the infusion. But after 4 attempts, I think it has to just be that it works. So now I need to figure out a way to still get it for free (Northwestern charges $800 for each session!) after my freebies expire at the end of the month. It sounds like insurance might pay for it if I can prove that other pain management didn't work. Why do they assume people do acupuncture just for pain? Oh well, it's worked for that for me, as well as for insomnia and fatigue.

Now on to the picture, my second first of the day. Who is that lady? Doesn't that look like Katy's old hair?

Oh wait. That IS Katy's old hair. And one of Katy's hats. Can you imagine how much Gabe cried when I "tried on" my hair today?

And oddly, I wanted to cry too. Not out of happiness or sentimentality, but because that hair doesn't seem that different than the wigs to me. I'm used to my bald self now. But it is pretty neat to have my hair back, even if it's not attached to my head. Maybe I can jut go easy on myself and be the old Katy for Halloween. That seems better than my other idea, which was to don a catholic school girl uniform and go as Britney Spears. Time for another vote?
Posted by Katy Jacob at 5:38 PM