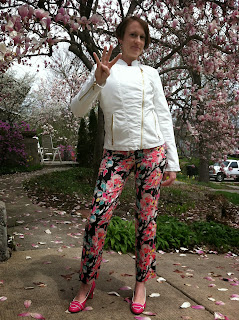 Four years ago today, I got a phone call.

You know the rest.

What should I say today? If life were different, I would be celebrating four years cancer-free, kicking cancer's ass, and all of that. I would be one of those women who gave other women who are newer to this disease something to look forward to in their hazy and uncertain futures. But, life is what it is, and I am not that woman. I have not been cancer free for 4 years; it's possible I was never really cancer free. It's always possible--always, for all of us who have had breast cancer--that I have cancer right now.

But, you know, four years ago, I got this phone call.

I had a baby at home. I nursed him five times a day. My daughter was just four years old. I was so fit and healthy and alive and, yes, even young, unlike how I feel today, when it seems that the most recent round of treatment added years to me, at least on the inside. During that phone call, the pained, cracking voice on the other end of the line told me that I had cancer, but not just any cancer. I had an aggressive and difficult to treat cancer (though she didn't use those words, not that day) that would necessitate extensive chemotherapy.

And then all this shit hit the fan.

So what is the punch line?

The punch line is that four years later, I am still here.

Things didn't go the way they were supposed to go, but they never really have, not for as long as I can remember. Sometimes I am forced to realize that no matter how hard it's been, going through this hasn't been as hard on me as it has been on other women who experience breast cancer as one of the first truly physical trials of their lives. I never had a lifetime of health and physical ability and overall attractiveness to lose. I had epilepsy, I foamed at the mouth and convulsed in front of the entire sixth grade, I was disabled, confined to a wheelchair and kicked out of school because of it and forced to stare down the adults who looked at me with disgust. So cancer wasn't the first trial, and I knew how to handle some of it.

This second cancer has been different, however. There are some who could handle the first cancer with us, but abandoned us with the second. Some have grown tired of it, some fear what this represents--the reality of not always WINNING, no matter how much you might deserve to win, no matter how hard you try. Some cannot accept that bad things happen to good people, and so often, they happen again and again.

And so we have been lonelier, but more sure of those who are still around. We are more resigned, but also more...SOLID. We might have some PTSD, but we are still trucking along.

Four years ago, I got a phone call.

It would be easy to say that I never thought I would get another one like it, but that would be a lie. I knew that second phone call could come, and others that could be much worse.

I couldn't foresee that I would be in the same boat three years later, but that is not what is relevant today, on May 4th.

What's important is that I'm still in the boat. I haven't capsized yet.

Thanks to those who are still swimming next to me, still standing there with a life jacket. One of these days, I'll meet you at the beach.
Posted by Katy Jacob at 12:02 PM